Ops session on the D&H

Love it when a plan comes together!.

Well, today we had another basic ops session on the D&H.

Thanks to John Fahey, John Colliver, Rod Warren, Greg Johnstone, Bill Black, Peter Sutton, Jason Miller, Chris Elliot and David Richards to dropping in to help run the D&H and put it through its paces.

Today we ran a basic / modified time table and doubled up on most of the crew's. John C and Jason managed Whitehall Yard, while Greg looked after the North Creek turn. John F and Bill looked after the Saratoga Springs local while Rod and Peter did the honours on the Plattsburgh local.

Chris was only able to attend for a short time and looked after a through fright from the north to the south. As it was David's first visit, he mainly surveyed the scenes and had a good chin wag with the guys that he had not seen for a while.

Sometimes, half the fun of our sessions is to catch up with each other and have a good chin wag..

I managed to run the Montreal Limited north bound and the Adirondack south bound just to mix things up a bit to keep the engineers of the locals on their toes.

Im happy to say that the newly completed fascia was well received along with the shelves in each of the towns to enable car card sorting to be completed with out having to resort to placing cards on the layout (all be it ply wood junction at present).

There were 9 trains that did not make it out of staging due to the low numbers of engineers, but that's OK.. They will get a run next time.

I did not get a chance to take many pictures today, however here is one of Jason and John at Whitehall. 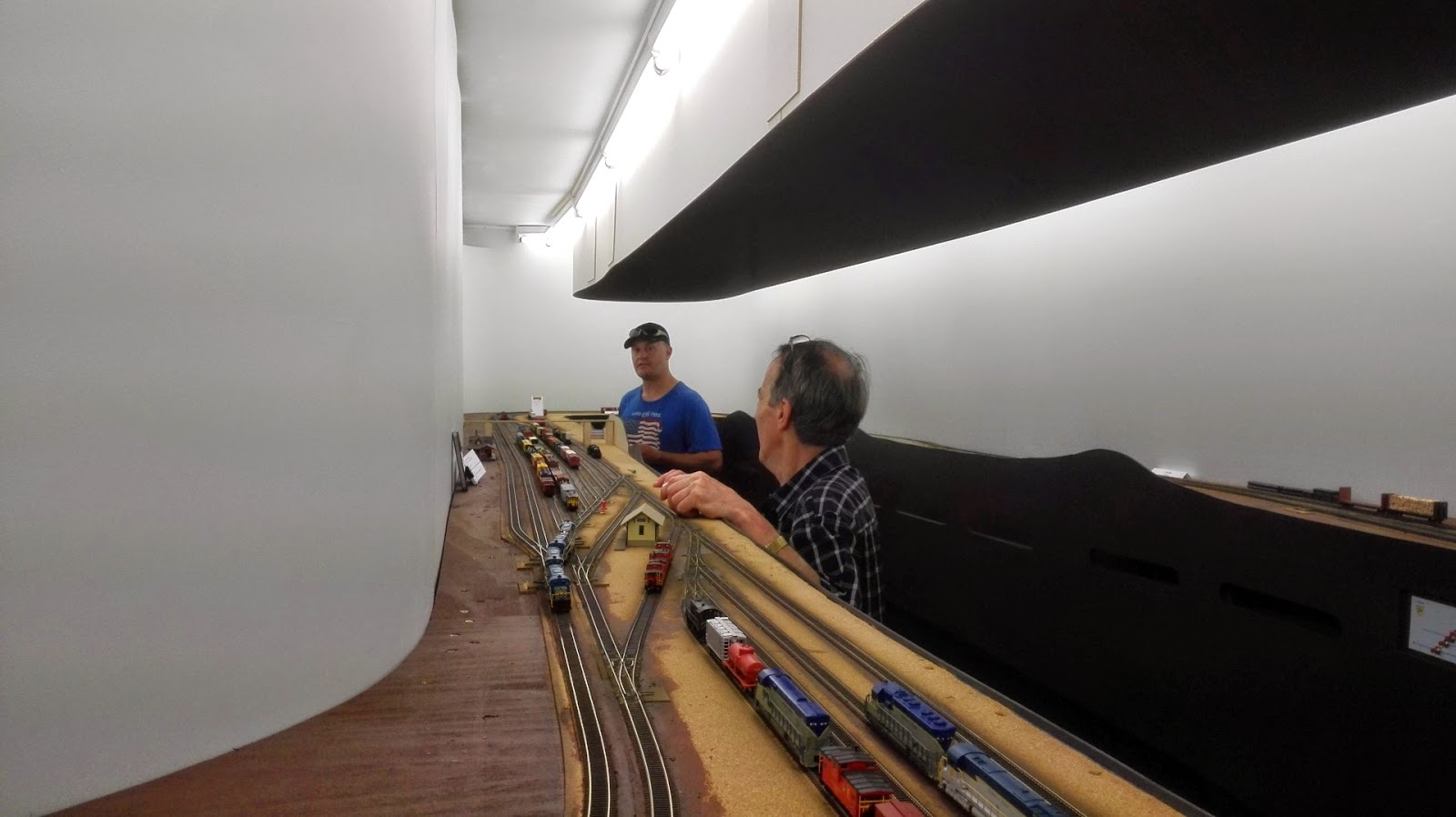 As sometimes occurs when engineers are new to the railroad, errors occur and today was no exception. John and Bill had a minor mishap at Ft Edward with some attempt to cover up the evidence. Thankfully, all was resolved fairly quickly with minimal loss to running time table and the schedule.. 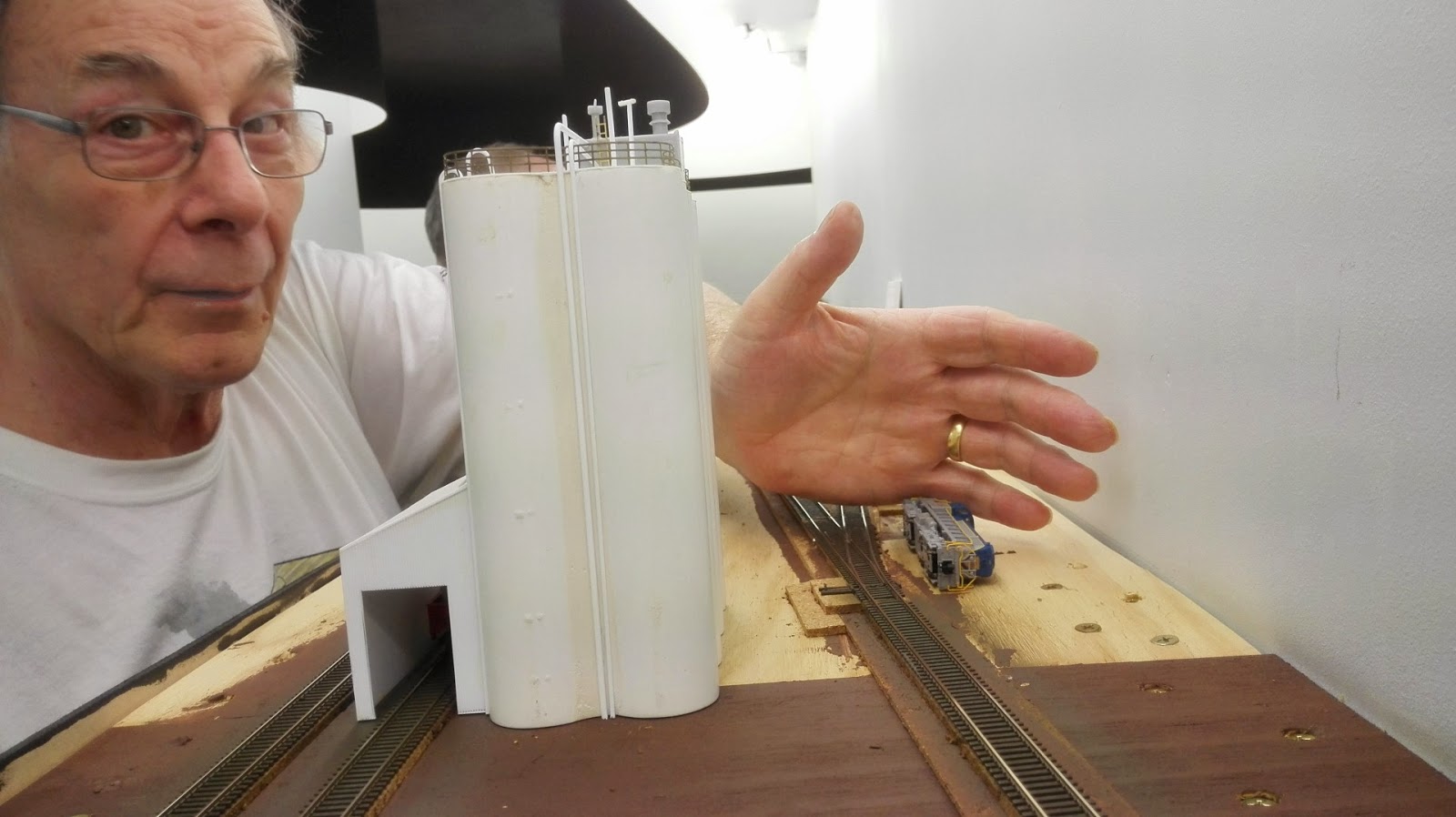 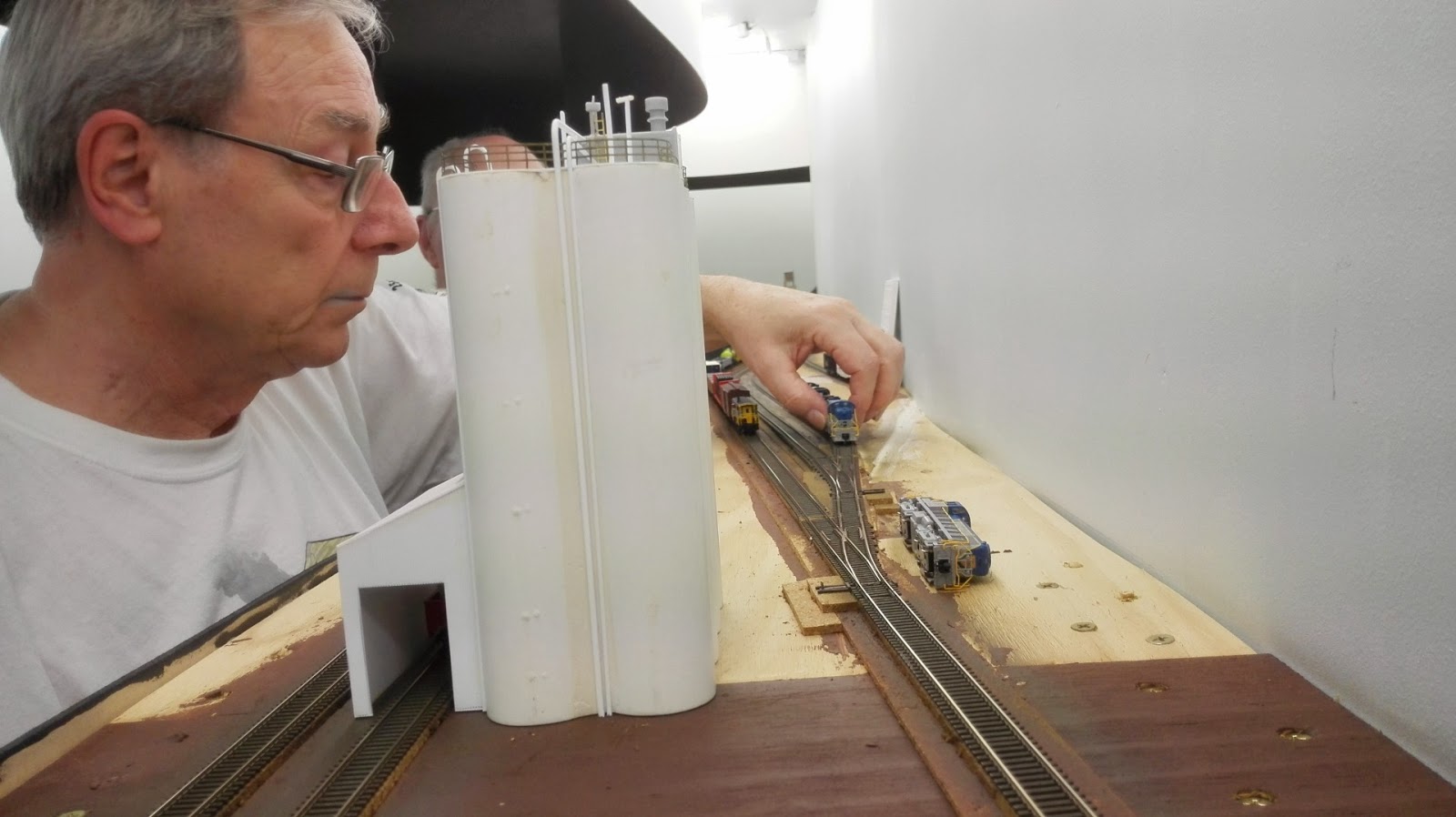 Thanks again to all the guys that came today. I had a great day and the layout ran well even though it was 35 deg out side the shed. It started out cool in the shed however due to all the hot air being generated, it warmed up fairly quickly. Perhaps next time it wont be so hot!..

Now to go and make all the way bills and to modify the schedule to adjust when the locals come in and out of Whitehall.

Thanks again for checking in on the progress of the D&H Champlain division.
Posted by Brendan at 20:34