Mounting of the modules in the room.
Once the frames were assembled next came the test fit in the house where I was to co share the space with the kids.
In designing the mounting system for the brackets I wanted to minimise the effect on the walls for if / when the layout needed to be removed. As the walls had timber panelling I developed a system of top and bottom rails that were screwed into the panels. The screws went into the gaps in the pine to try and hide the holes once removed.
I then placed vertical timbers between these top and bottom rails to enable the l brackets to be screwed to the supporting (removable) timber.
Then along 1 wall we had IKEA cupboards that I had screwed to each other and made mounting brackets or stand offs so they would sit flush with the front of the layout.

Here are a few pictures of the 5 frames / modules all mounted on the brackets. 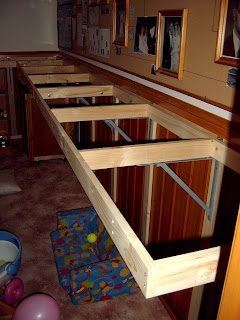 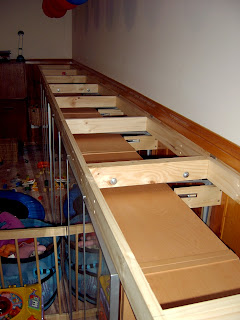 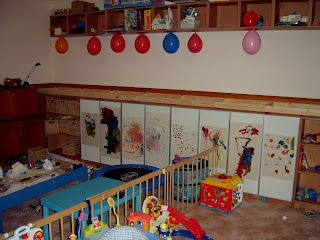 Track Plan Templates:
Once the frames were installed I then printed the entire track plan (from the Atlas Track planner) on A3 sheets of paper and taped them together. Then then enabled me to test the roadbed and the track layout to see if it was what I wanted.
This proved very effective, I was even able to take it to friends layout rooms and test to see how it would fit. 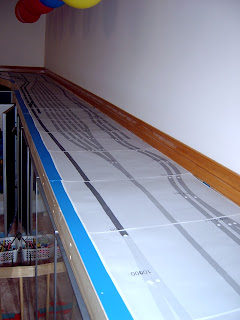 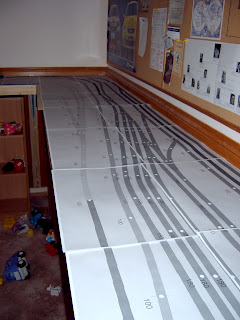 Wheels oh Wheels..!
As I had decided upon Atlas Code 55 track for the layout and the majority of my rolling stock is older cars from various manufacturers (collection started in the mid '70's) and given I had already converted all my stock to Microtrains trucks, I needed to change out all the pizza cutters to low profile. At the time I could not afford metal wheel sets so decided on the Atlas product that enables the Pizza cutters to be replaced by brown plastic wheels.. At the time I had approx 400 cars that needed replacing. So that task took a few nights / weeks.. 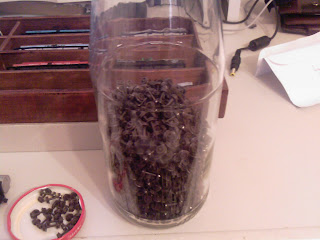 I still have the jar full of Pizza cutter wheels as a memento.. (LOL)
Stay tuned for the next thrilling instalment...! Next time we will get down to laying track!.
Posted by Brendan at 17:11