The install of the 46 signals is now complete with the last units being installed in Port Henry and Plattsburgh. The next step is to complete more testing. I think I have ironed out most issues, but with trains on the layout and "real world" testing,  I may find a few things I have missed. I know the dwarfs in Port Henry and Plattsburgh not exactly work the way I had planned but will now test and see.

Plattsburgh entering from the South. 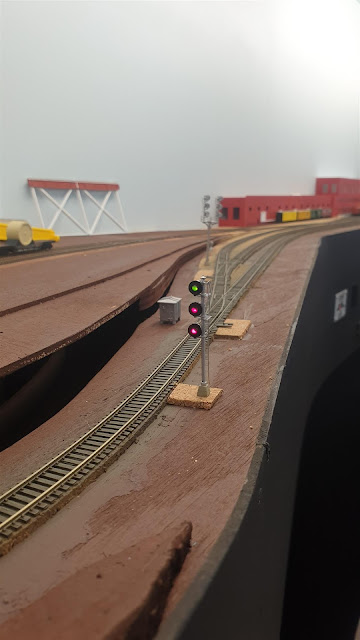 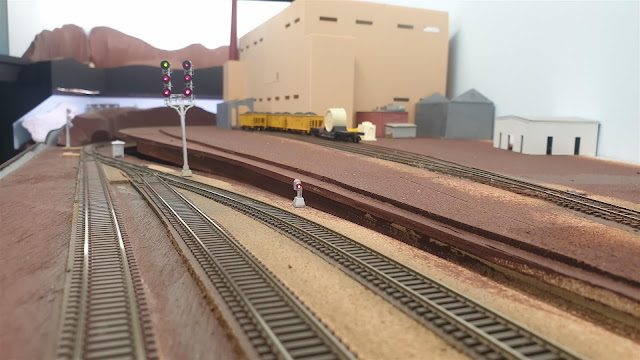 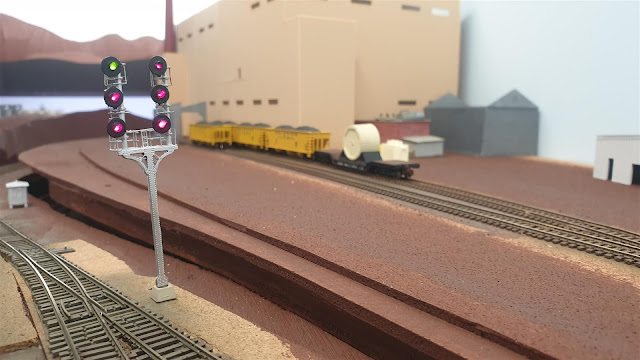 Plattsburgh departing from the South. 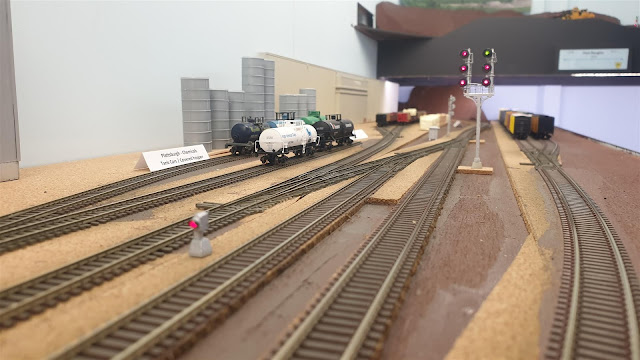 Plattsburgh Entering from the North 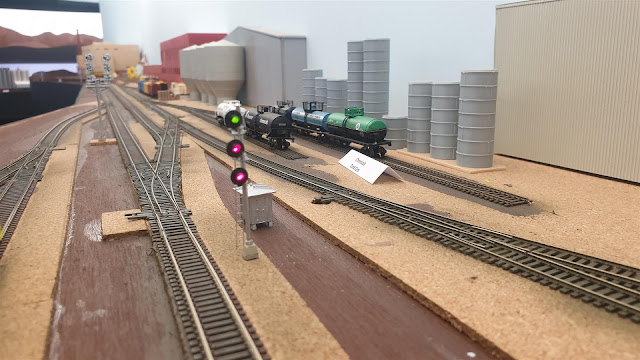 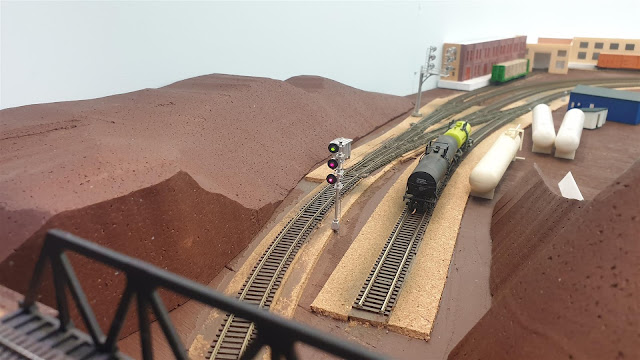 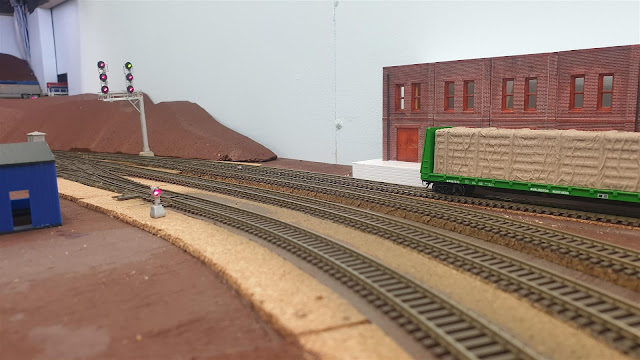 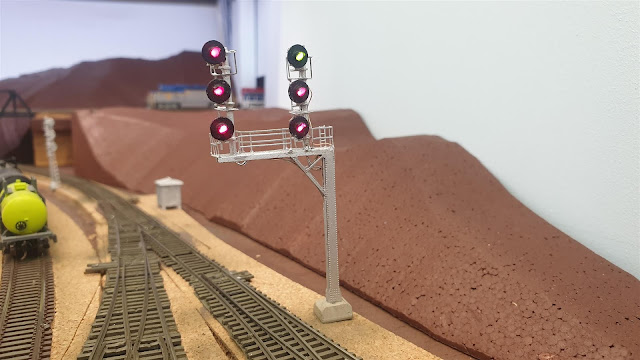 After installing the signals I set up a newly acquired cheap camera to do a trip around the layout on a flat car. I am having a few teething issues with the camera as it stops recording after about 2 minutes so will do more testing. The instructions for the camera while in english are very poor as the interpreter they employed in China at the manufacture was not very good at English. What can I expect for $20 for a ebay special 1080p camera that measures 2.5cm square.

During the camera run I discovered that the signals in Whtehall were not working. After some investigation I found that the TC64 was not receiving the messages from the loconet. I reached out to Dick at RR-Cirkits for some support. Even though the TC64 is about 13 years old, the support from Dick is great. Currently working through the issue. As postage back to the US is expensive and takes a very long time, Dick has offered to guide me through the repair that I will undertake to complete myself. As all the components on the board are surface mount, things will get interesting, however, Im confident I can complete the repair.