The heading says it all. Work and family life have been flat out over the last 12 months and I have not had time to step into the Railroad room. Recently I decided a change was needed and resigned from Unisys after 12 months as the work life balance was not balanced and the stress and pressure was high. I have now moved to a Senior Project Manager role at Australian Energy Market Operator and aim to get the work life balance back to a even level.

I'm happy to say that over Christmas and the last month or so I have managed to get back into the room. I have cleaned the track, repaired a number of kinks in the track due to the hot Melbourne summer. I have had a few trains running to test things out. I have repaired a few problem turnouts in terms of frog gaps etc due to the heat.

Some time ago, I cut strips for car card boxes and car card sorting shelves but never got time to install them. They have now been installed around the layout and they look great. I am still yet to put labels on the card card box slots but that will come. 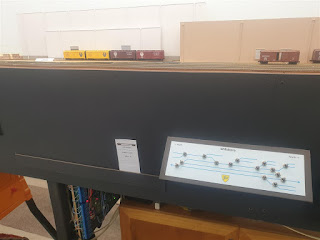 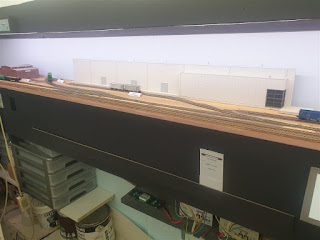 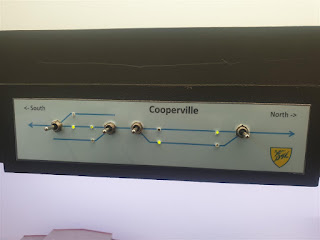 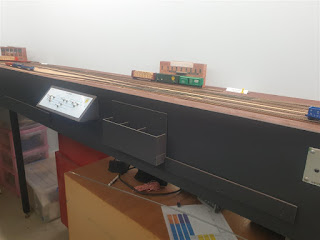 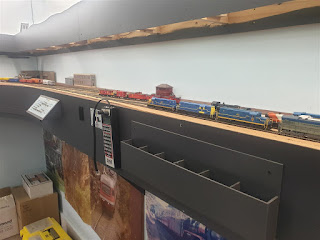 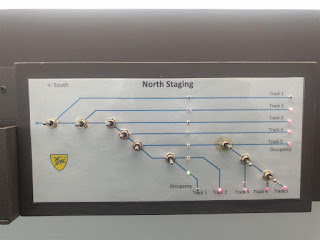 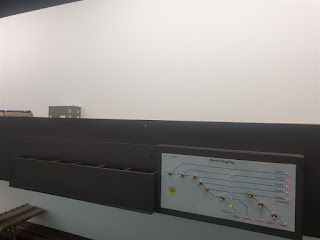 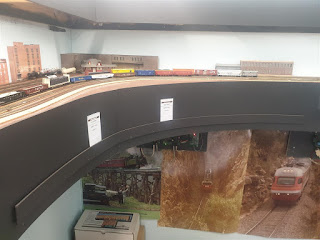 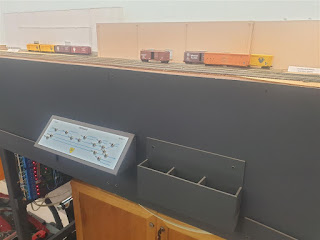 I have also finished the route indicators and occupancy indicators on the north and south staging panels. This enables the engineer to see the route set and also the track status. The engineer can also throw 1 turnout switch on the track he desires and JMRI will then detect this and set the rest of the turnouts to set the route. Note that the switches are momentary switches. So they can be pushed either up or down to toggle the turnout


I have completed the retrofit of turnout status indicators at Copperville. The issue was that as the Copperville loop and spurs are at 1600mm from floor level the vertically challenged cant easily see the status of the turnout. The panels now have green LED's installed to show the route. These are simply driven from the MP5 turnout machines that have a DPDT switch as part of the machine. Note that the switches are momentary switches. So they can be pushed either up or down to toggle the turnout


Per my last blog I also installed a helix occupancy status panel to enable engineers to see that their train is progressing through the 3 turn helix. Here is a short video of a train running from the bottom level to the top. (Note that they don't usually run as fast in an opps session as the train is in the video).

Well that's all for now. Next step is to weather the track and also build a JMRI panel for the layout.
thanks for visiting.