There are 9 turnout control panels in total plus 1 block occupancy panel for the helix and a dwarf signal that I will use to indicate the end of the hidden branch line that is North of Whitehall.

In the past I had set the panels within the fascia. As there is not much space behind the fascia I opted to have the panels on the outside of the fascia and the lower panels set at a 45 degree angle.

Time will tell how successful this is as they do protrude into the isle way and may get damaged. The panels are made from 3mm MDF and are hot glued together.

The panels are drawn in Excel and then are printed on heavy white paper via a inkjet printer. Then are laminated and taped using double sided tape to the painted MDF.

Here are the progress pictures of the build and the final install of each of the panels.

All switches are momentary as they are connected to the various DCC driver boards under the layout that manage the turnouts.

The North and South staging panels include block occupancy stats LED's and also LED's to show the route that is set based on the location of the turnout machines.

The North Staging track route is set using the DPDT switches on the bottom of the MP5's turnout machines and work independently of JMRI. The South staging route LED's are managed via JMRI as the turnout machines that I used are MP1's and do not have a DPDT switch. They only have a SPDT switch that is used for the frog of the turnout.

All the block detection is taken directly from the Digitrax BDL168 outputs on the boards. 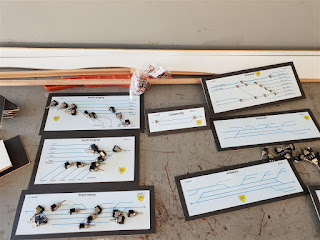 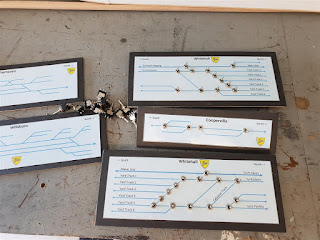 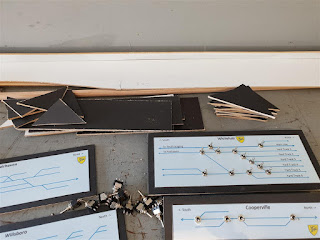 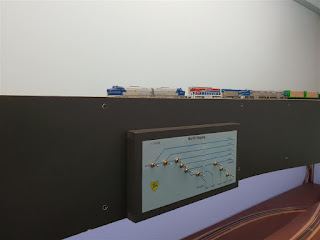 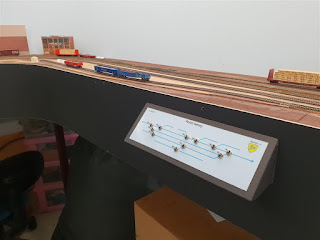 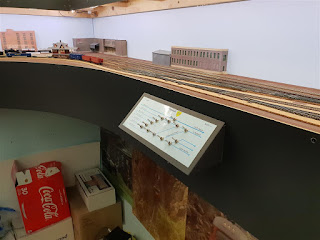 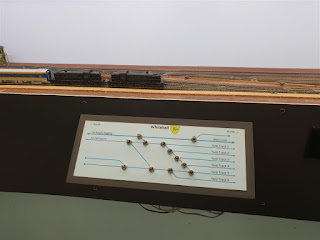 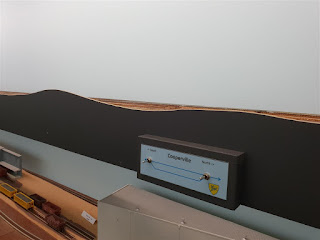 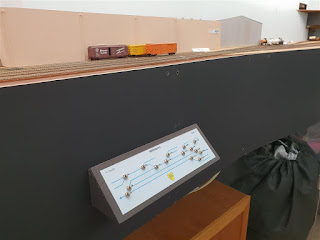 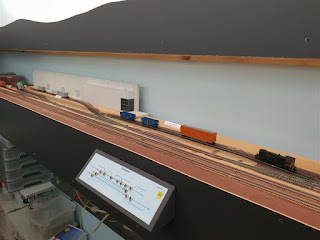 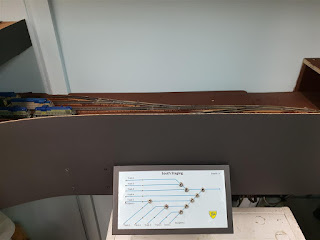 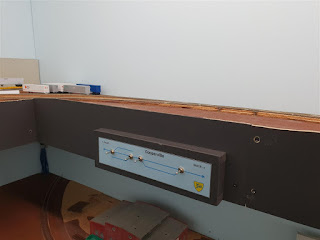 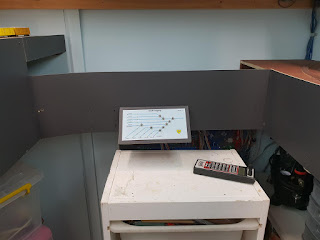 This is the panel that shows the block status in the 3 turn helix. There are 5 LED's / blocks in total. 3 are completely hidden and 2 are the tracks that enter the helix in either end. 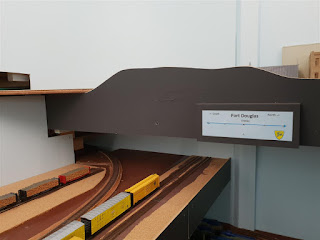 The following picture is a dwarf signal that I have installed and connected to the block occupancy status output on the BDL168 as the track is a branch line that is a dead end. This will enable the engineer to enter into the hidden track and stop when the Red LED in the signal is shown as this indicates that the Loco has reached the last block on the hidden track. 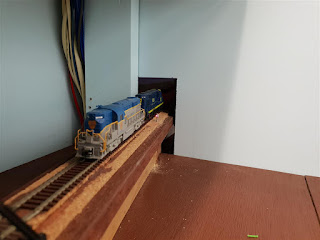