Test Session on the D&H

Time for some testing.

Today I invited Bill, Rod and John F over for a test session on the D&H.

After a guided tour of the layout and its various levels, (and a quick cup of tea) we set about running a few trains across the D&H 4th sub division from the Canadian border (North Staging) north of Cooperville (around the 3 turn helix) through Willsboro, around the 1 turn helix) Pt Henry, Whitehall and then on south to Oneonta (South Staging).

At this point only the main line and town loops of Cooperville (upper level), Willsboro, Pt Henry and Whitehall (lover level) are installed. There are only a few industry spurs installed and towns are not yet complete.

A number of trains were run across the subdivision and the layout seemed to run fairly well.

The CATS panel is just in testing at present and was not used, but was operational to enable trains to run into staging on both ends and the JMRI panel is then set up to detect the entry of a train and auto throw the turnouts to enable it to run in and then back out again with out engineer intervention. This feature will not be used during sessions but is handy when I need a train to just go into staging and then back out again.

Here are a few pictures. 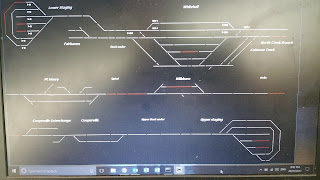 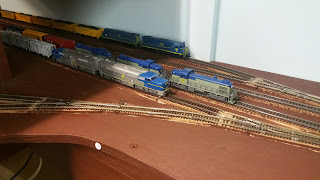 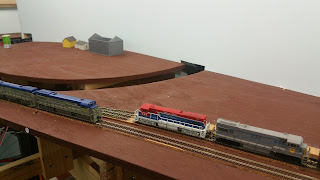 A meet at Willsboro 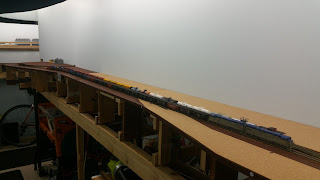 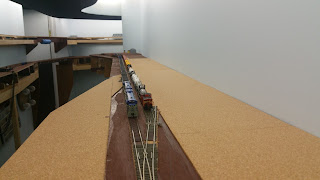 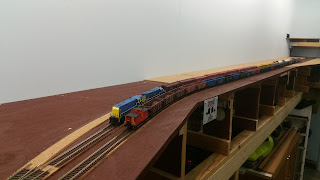 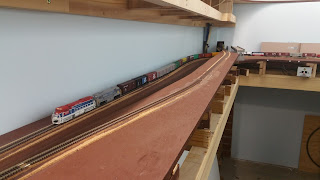 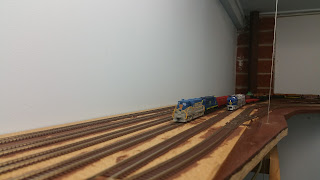 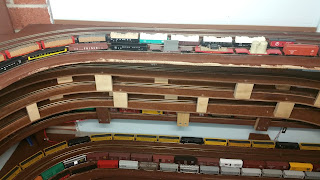 North Stating, Helix, Rutland branch and South Staging, all stacked on top of each other. 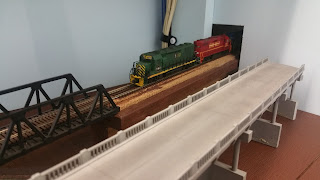 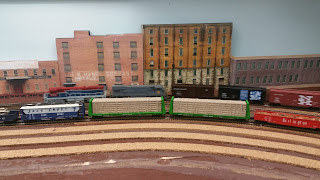 Whitehall with some temp buildings. 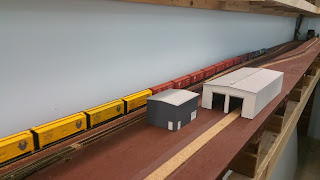 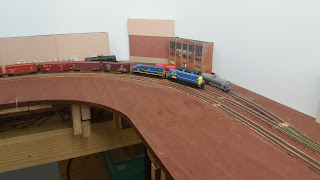 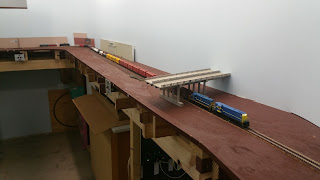 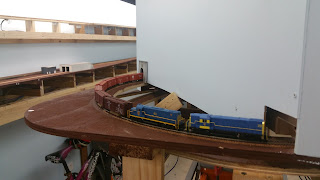 Main line between Pt Henry and Willsboro with 1 turn helix to extend the run. 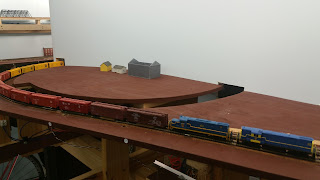 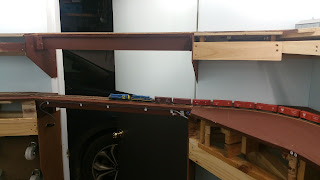 Train on the Fairhaven branch from Willsboro heading to Fairhaven 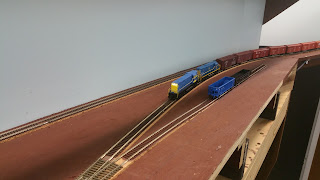 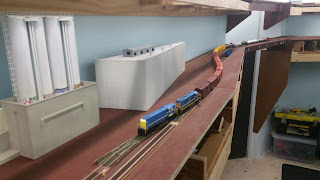 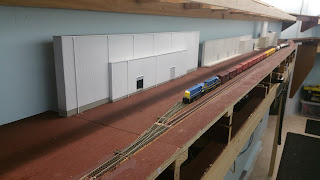 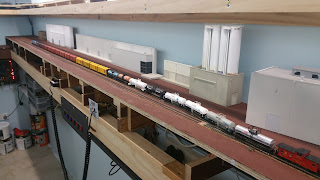 Fairhaven from the north end.

Thanks to Rod, Bill and John F for coming and giving the layout a workout.
Now back to building more turnouts.