Major works on the D&H

Over the last few weeks I have had a fair bit of spare time after being made redundant from my job after 28 years of service. All is positive and am looking at it as a new opportunity...

The net effect is that I have had some time to reflect on work as a whole and spend a fair bit of time in the shed working on the D&H.. Also have spent a fair bit of time helping John Colliver with the move of Rod Warren's SFRSD and also helping Jason on his HO Reading layout.

Staging changes.
After the last shake down of the D&H by Rod, Bill and John Fahey, I found that I did not like the way I had set up the staging yards of the layout with only 2 tracks being return loops and the other 3 being dead end tracks. I felt this was going to lead to problems with track lengths and turning trains etc. I decided I would modify both upper and lower staging so that all 5 tracks were made return loops. After a fair bit of planning, I devised the track plan and set about updating it.

Here is the Anyrail plan of the original staging, upper and lower. 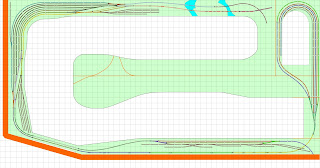 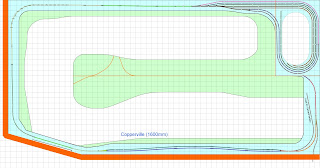 Here are the revised plans. 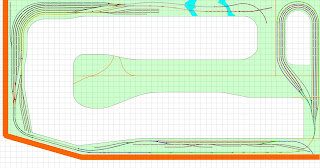 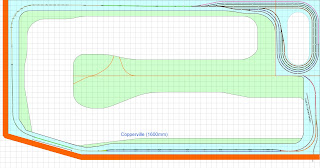 Here are a few pictures showing the completed track layout. 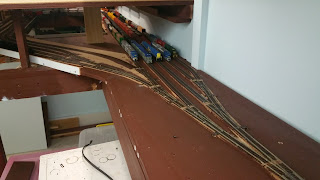 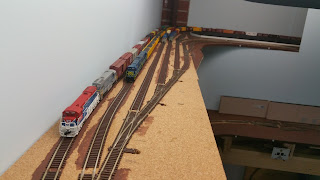 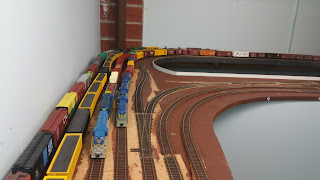 These changes to staging will make things much easier for trains to enter staging and be ready to run again and will also fix the issue that I had where some tracks were too short to hold a full length train.

Turnout driver changes / SE8C
As the layout has a large amount of electronics under it for JMRI, Signals, block detection etc, I found that I had 2 x SE8C's that I was using for signals but could not use them for turnout drivers as the new MP1's that I am using are not wired the same as a tortoise and the newer MP5's that can be wired as a tortoise cant be driven by the SE8C due to the low voltage output of the SE8C. So I set about finding a way to drive the MP1 turnout machine via a Arudino relay boards.. The relay boards have an TTL level opto coupler input that drives 12v SPDT relays. These relay boards are perfect for driving the MP1 that needs a SPDT switch.

Here are a few pictures of the set up.

here we see 2 x SE8C's each driving their own 8 port relay board. 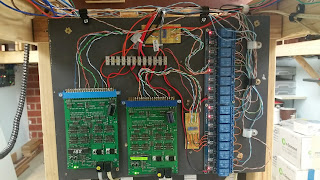 The small board in the middle just holds 8 x 22K resistors that enable the output of the SE8C to drive the opto coupler. 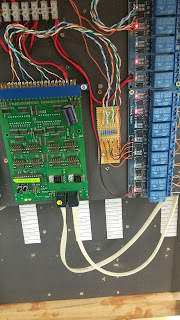 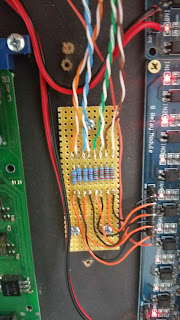 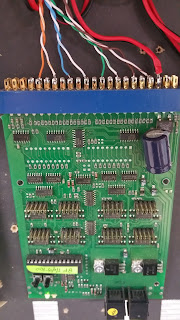 More Turnouts.
Now that upper and lower staging are updated and note that I am using Atlas code 55 turnouts in staging. All other places on the lower or main level have hand laid turnouts using fasttracks #6 jig, I have used up all the turnouts I had made. It was now time to get cracking to make more turnouts. This week I set about making more and over 2 days I have made 9 turnouts. I then exhausted the supplier of copperhead turn out ties.. So while I wait for them to arrive, I figured I would fully prepare the new 9 turnouts ready for install.

Per the progress pictures, they are cleaned and I ahve installed the wood ties ready for painting. I have installed masking tape in the point rail / check rail area so that paint does not get into this gap so as to not make the turnouts stick when the rails are together and under pressure. There is no requirement for the check rail and point rail to conduct power for the rest of the turnout due to the design of the turnout, therefore the masking tape is to stop them from sticking when in place on the layout.

Here are a few progress pictures of the turnouts. 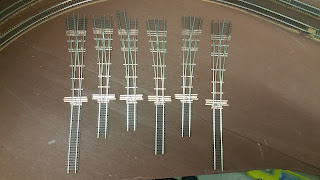 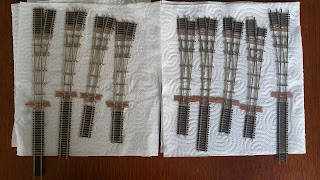 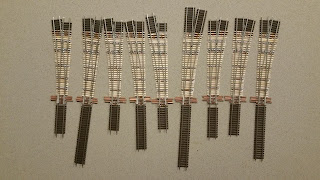 Well, thats it for now.. In the next update I will show the MP1 and MP5 turnout machines and how they work..