Over the last 12 months I have been looking into various dispatchers phone systems.

There are many types that people have used over the years including old phone systems or intercom systems.

About 4 or 5 months ago I purchased a bunch of hand sets that are used for mobile phones that are the black retro hand set type. I then found a way to interface them with a Laptop Computer audio port and effectively have a party line but I was concerned about the load on the audio port.

Recently a few friends (Rod Warren and Greg Johnstone) came up with the idea of cheap 2 way radio's and head sets (small in ear type) for their dispatcher systems.

These radios are available at very cheap prices on ebay so we dipped our toe in to see if they would work.

Yep they work nicely.. However, I was still keen to use the 8 hand sets that I had already purchased.

I managed to find a way to add a push to talk button to the hand sets and change plus so that they interface with the radios.. The hand sets have a 3.5mm 4 pin audio plug and the radios need a 3 pin 2.5mm audio plug.. So after some quick mod's I was able to test the theory and they work a treat.

The radio's also have a DC in socket on the top, so instead of running batteries in them all, I wired up a 9v DC bus around the layout to power the radio's. So now when the layout it turned on, then the radio's are also powered up also.

My last outstanding task is to find / make a mount for the hand sets. The radios will be mounted under the layout so there is no issue there. I have found a few mounts on ebay but they are cost prohibitive. So back to the drawing board on that one.

Here are a few pictures of the radio's and the hand set. 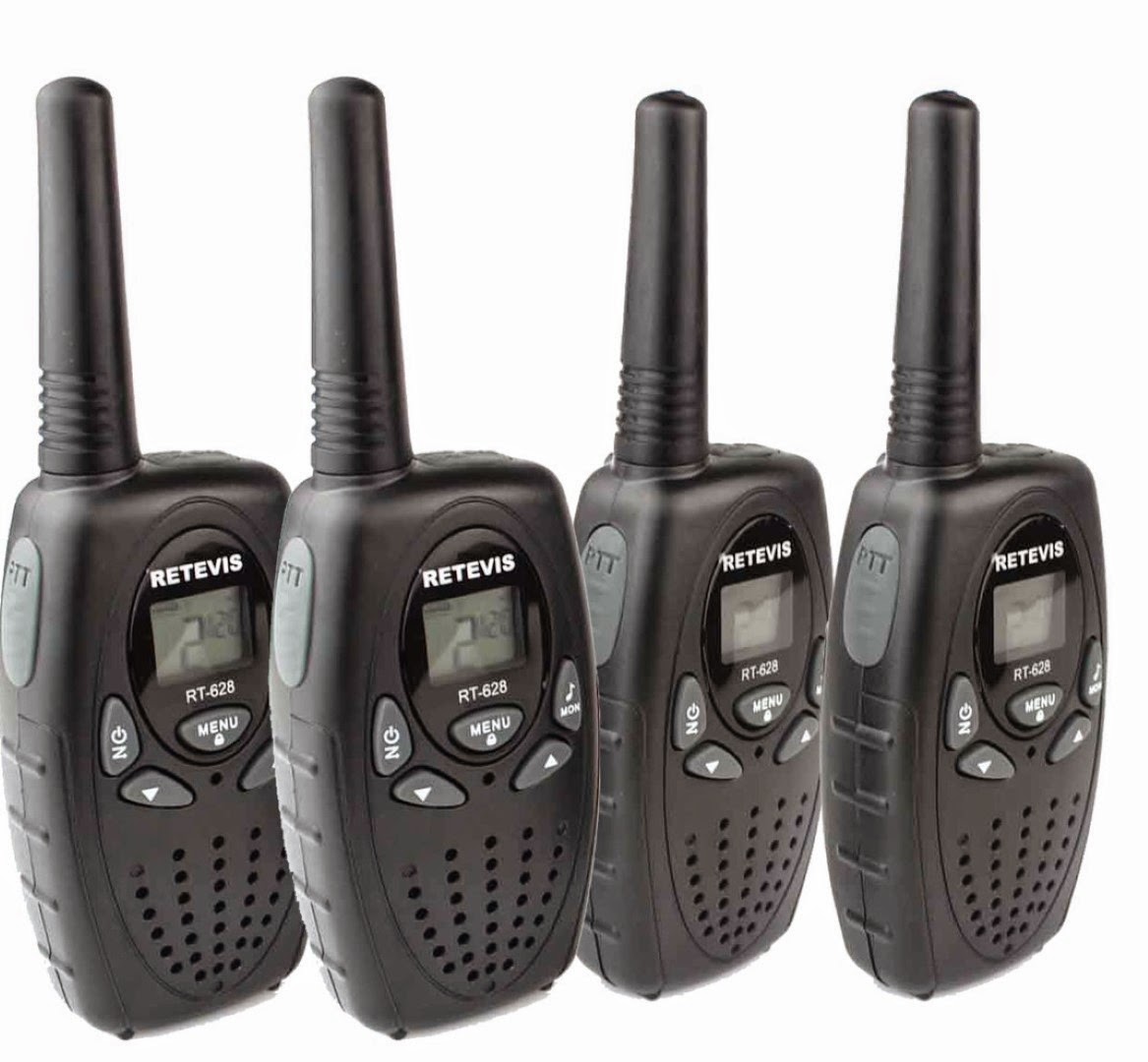 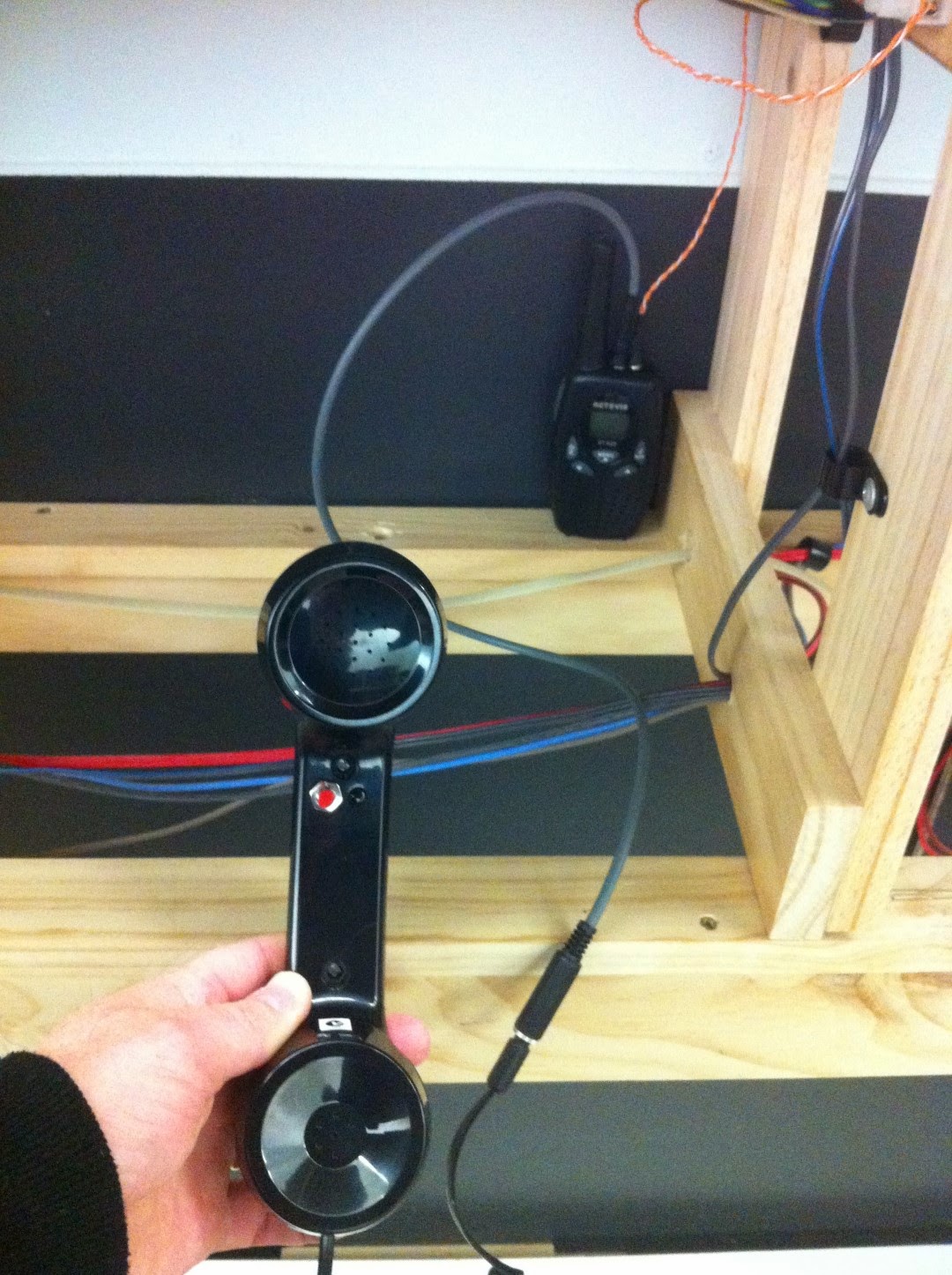 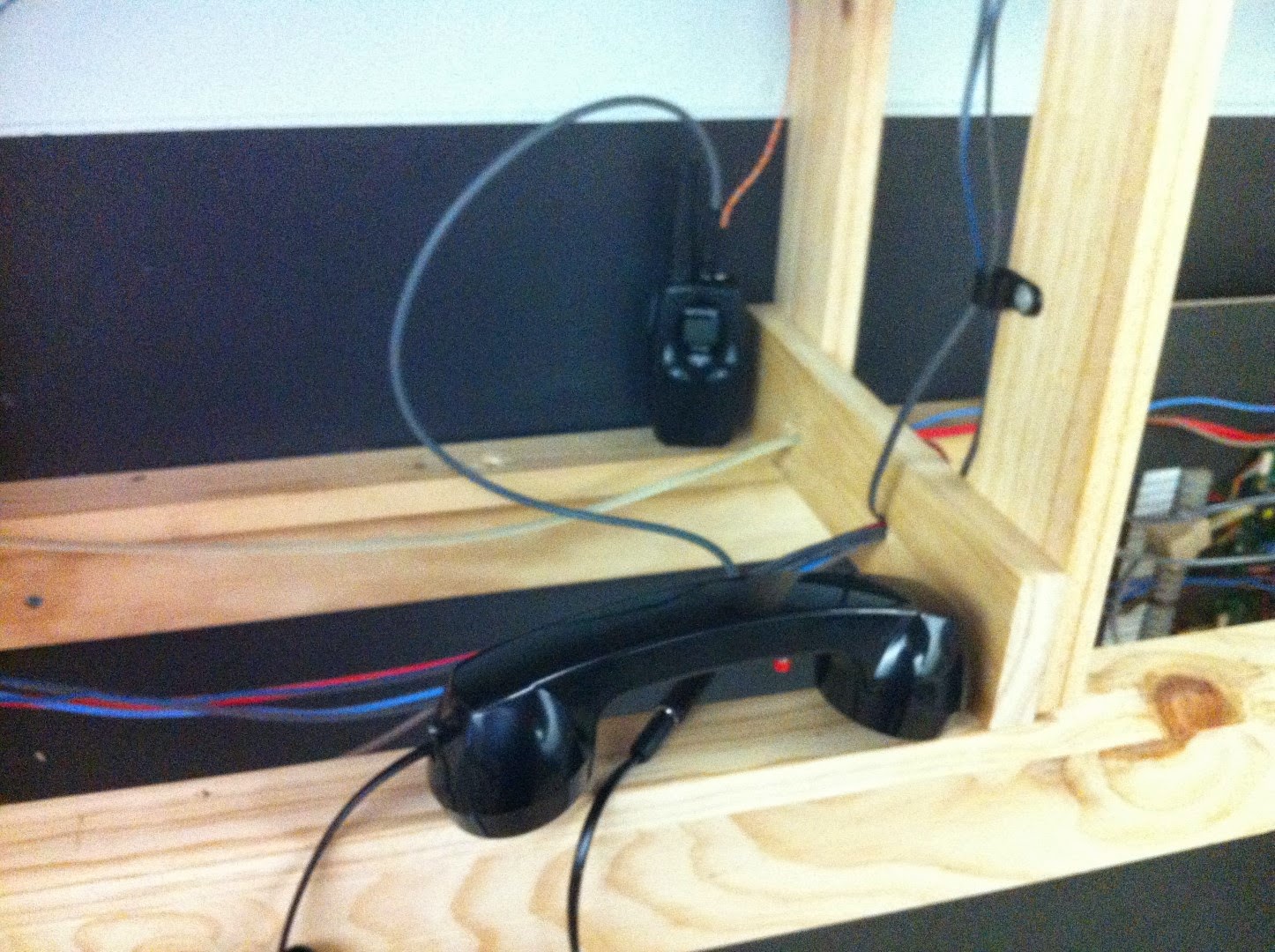 In order to make the hand set work in conjunction with the radio's I needed to add the push to talk button.
Here is the circuit diagram that I made up from disecting the head sets that come with the radio's. This is after I changed the plug from a 4 contact to a 3 contact 2.5mm audio plug.

Im looking forward to testing them out when I next have a open day..