More turnout panels for the D&H

After the sucess of the Whitehall turnout panels, I progressed to the staging panels.
With this brought a key decission. Do I create panels with individual buttons for each turnout, OR, do I create a panel that has 1 button per staging track.

The idea of having 1 button per turnout is to enable the turnouts and layout to be operated with out the computer. Where as, if I set up the panels using 1 button per staging track, then the button is connected to a input on the DS54's and that then relies on the JMRI Panel Pro panel to throw the route. Also, turnouts at the other end of the staging are on different DS54's or different brand boards like a SRC16 then making them run a route using the internal memory within the boards was going to be a challenge.

I decided that if the layout was to be run with out the panel, then, it would likly only be me and I will know the turnout numbers, where as if people are coming to operate then the JMRI panel will be running so it can manage the turnouts.

This turnout control for a routes is only for the staging.. All other turnouts on the layout will be individually managed using fascia buttons for each turnout.

Here re a few pictures of the North and South staging panels. They are only temporarily installed for now to enable them to be used until the fascia is installed. 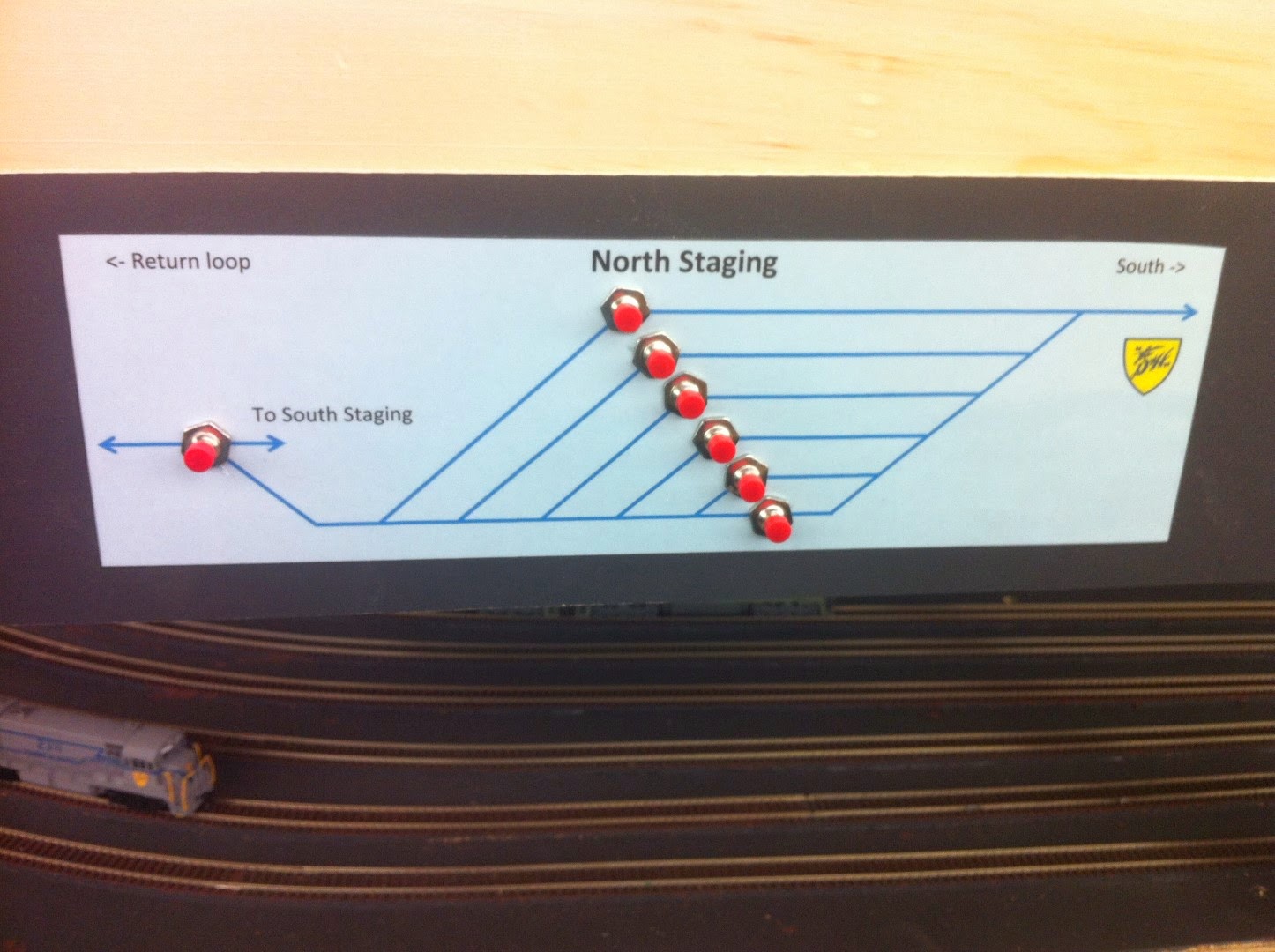 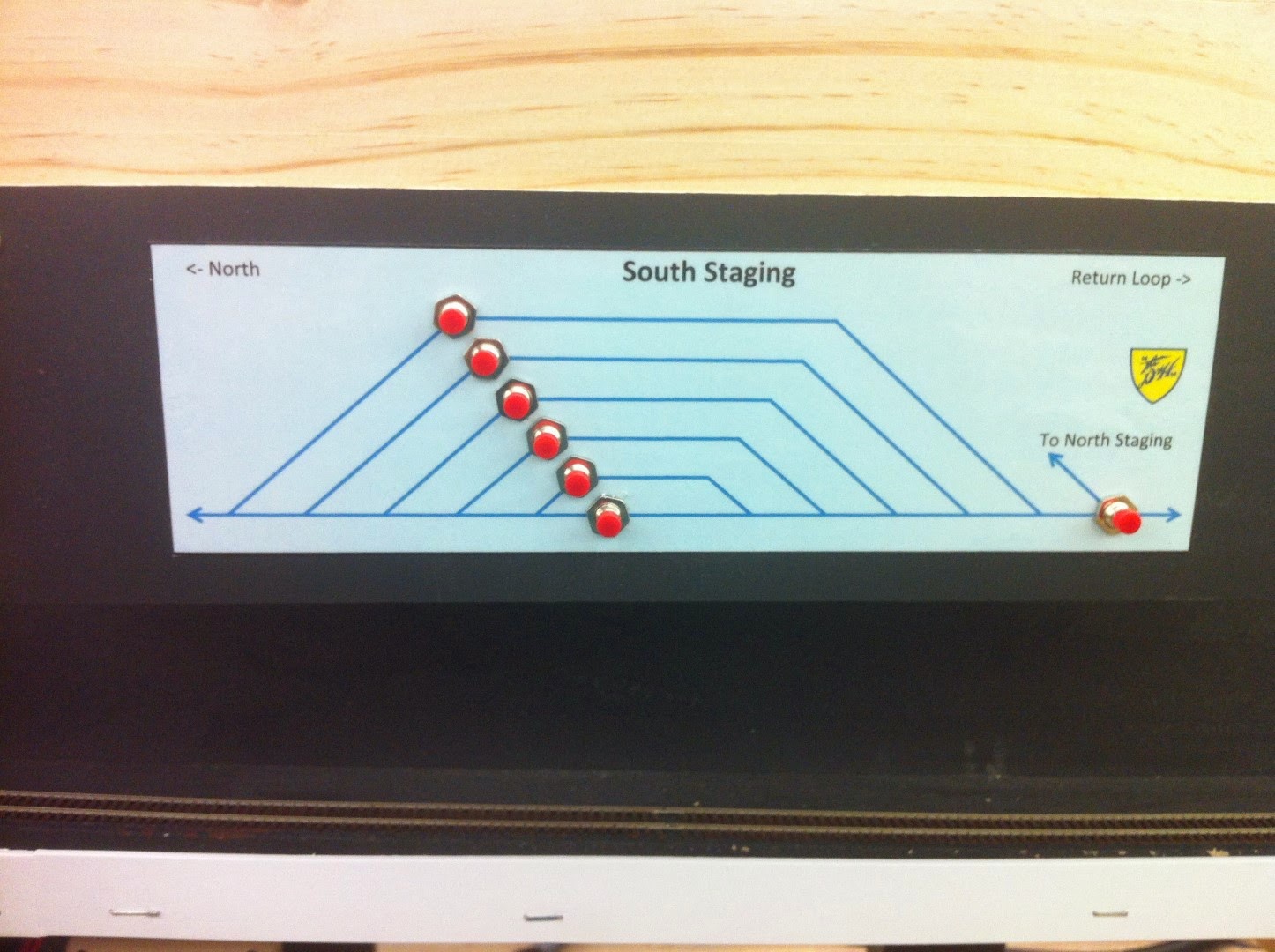 Also, over the last few days I completed the turnout install for the Whitehall loco facility. Once the tortoise machines were installed and all track power has been added, I then loaded up the loco facility with the remaining D&H loco's I have.. (yeh I know it is over loaded, but I wanted to get all my toys out.. lol).
So with 12 trains in staging each with at least 2 loco's and in some cases 3 or 4 on the point, all D&H loco's are now on the layout. 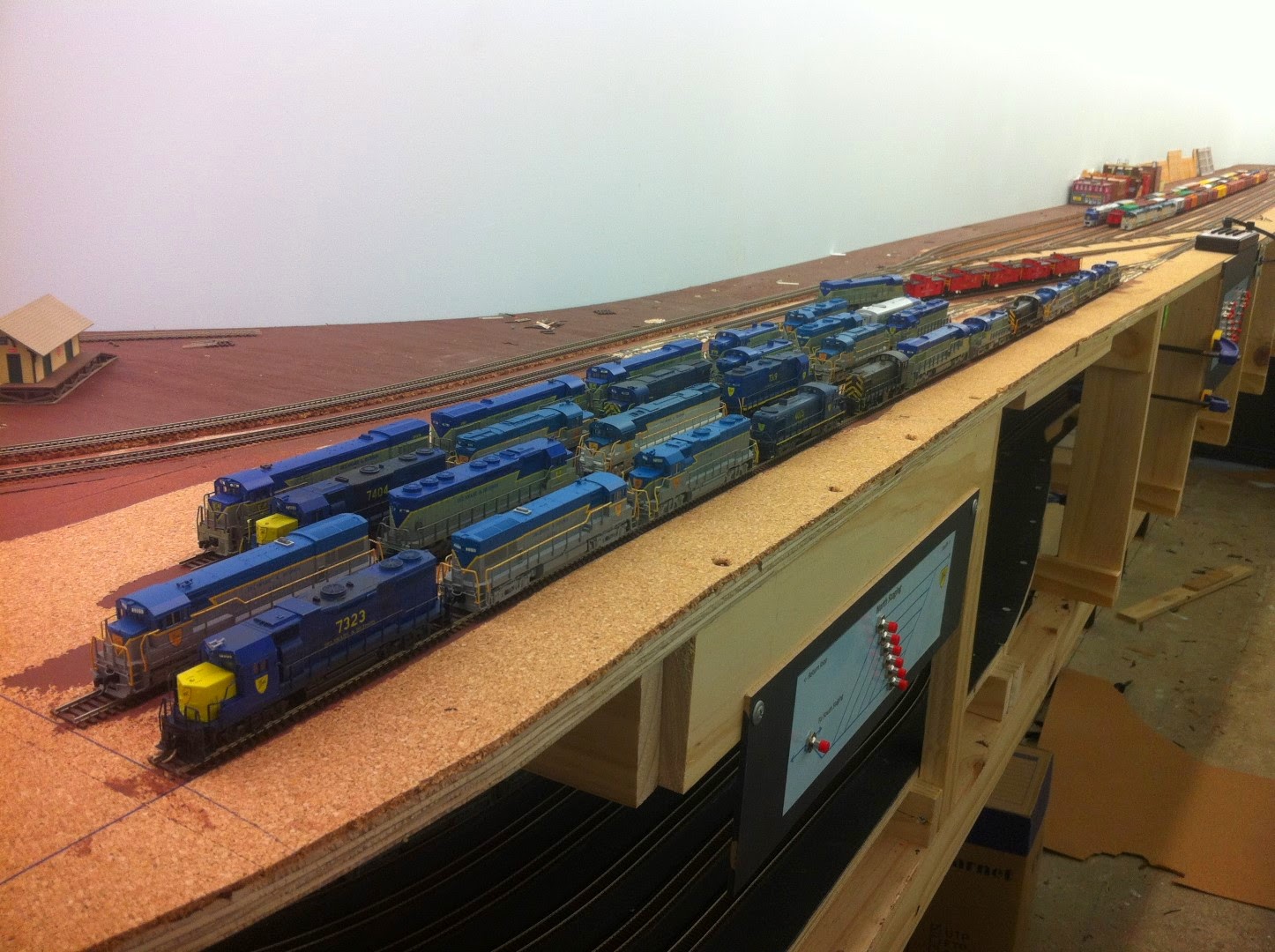 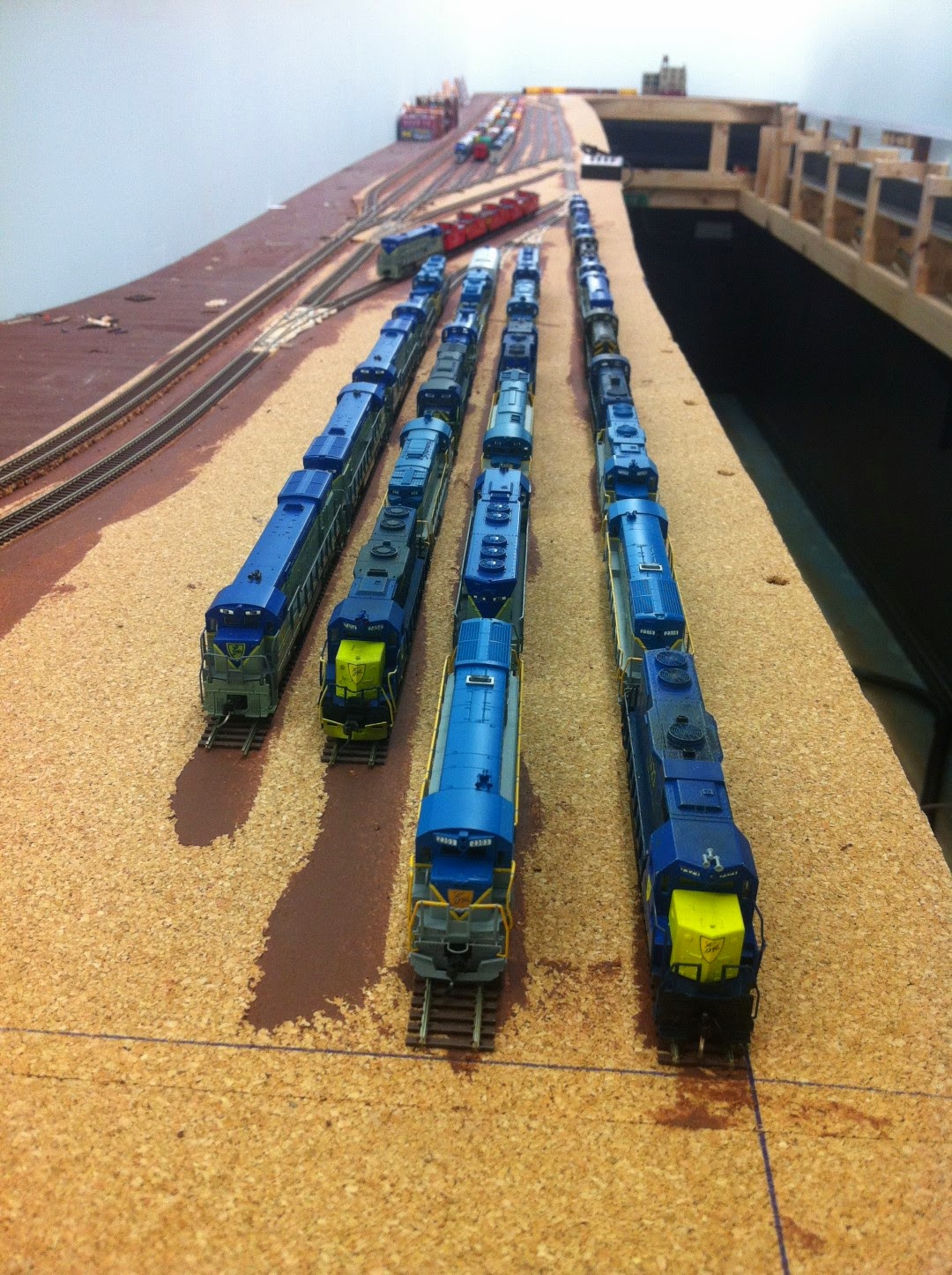 So things are well on track for the open day next week.
I plan to complete the Willsboro panel before the end of next week.

Thanks for checking in.