Open Day on the D&H

Time to put the D&H into service.

After a few months of hard work to get the layout to this stage, I decided it was time to have the guys around to put the D&H through its paces.

The shed door opened at around 12:30 and fairly soon after the guys started to arrive with throttle in hand.

Before long, and after a quick orientation of the layout, trains were running.
The staging tracks soon emptied and there were trains everywhere.. (all part of the plan!). This was a layout shakedown afterall.

With the long runs between towns and no dispatcher and no signals, the guys had to check ahead to ensure that there was a clear track. A few backup moves were needed on the odd occation and one or two trains ended up going through the staging bypass in order to clear the line into staging..

The layout ran very well with only a few minor issues, that, have now been diagnosed and partially resolved. (I found a few loco's with the wheel gauge set to narrow and were picking a particular point, and also a brand of low profile metal wheels and some cars were picking the curved turnout in Ft Edward, after some slight modifcation to the height of the point rails this will be resolved.)

Here are a few pictures from today. 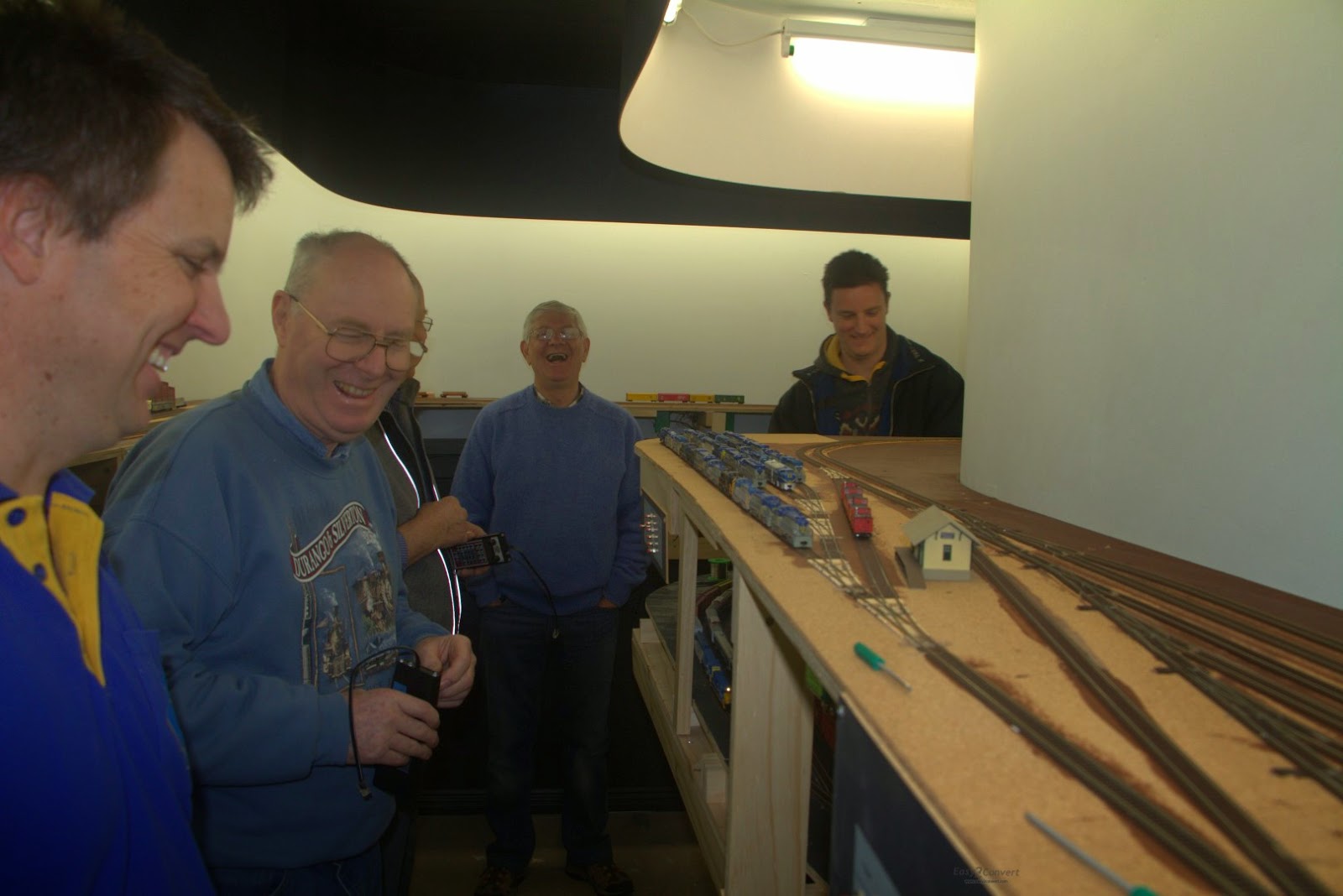 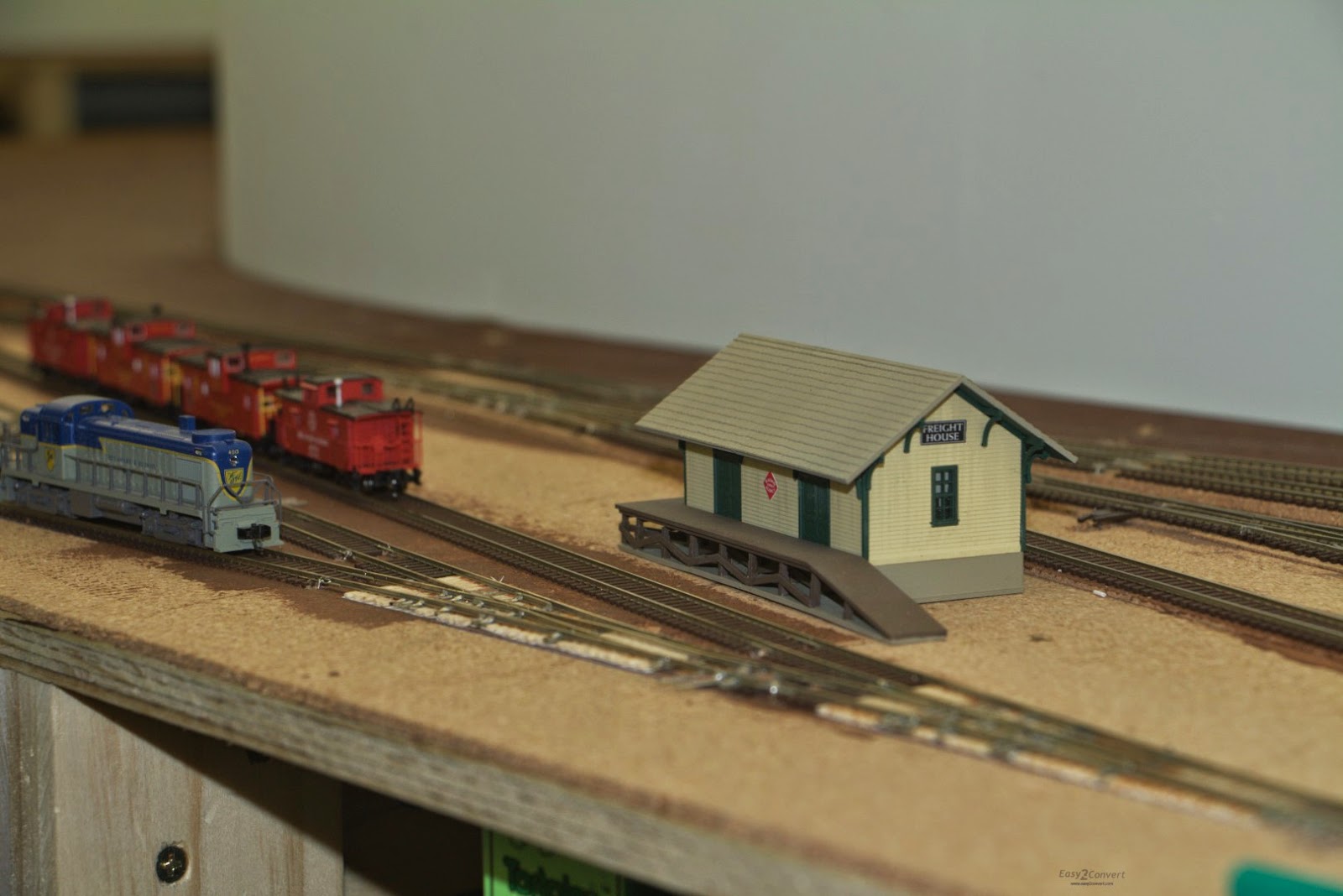 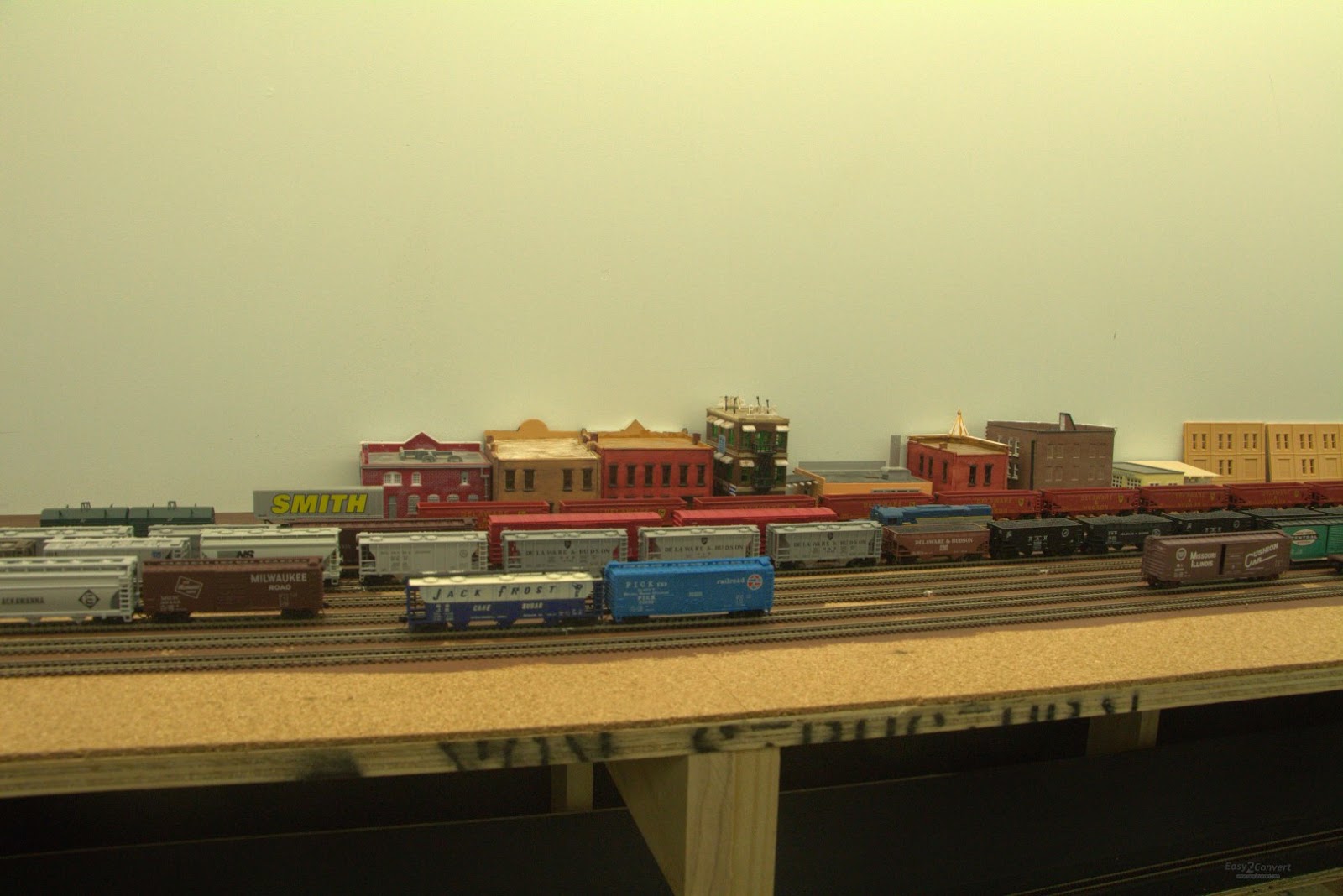 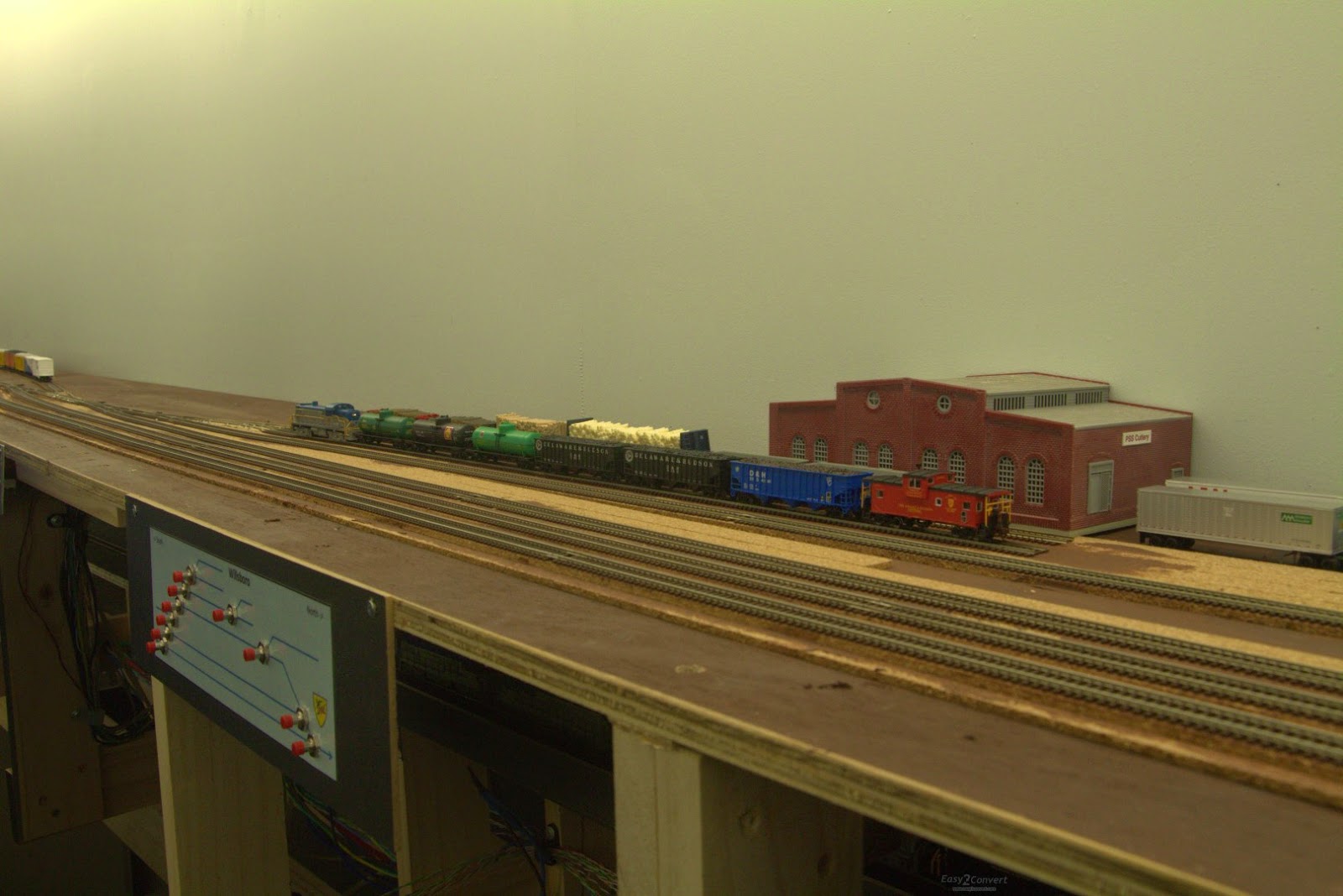 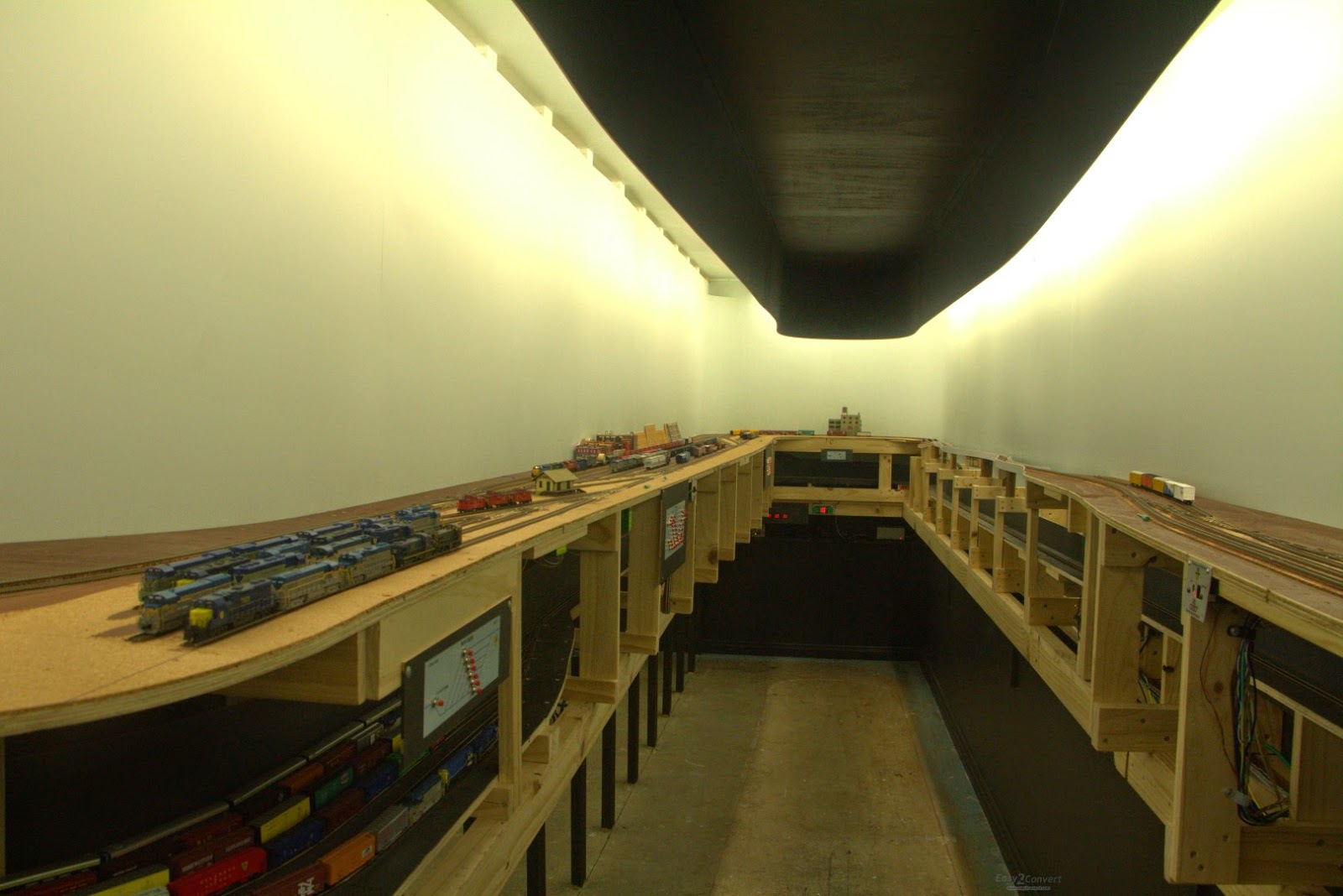 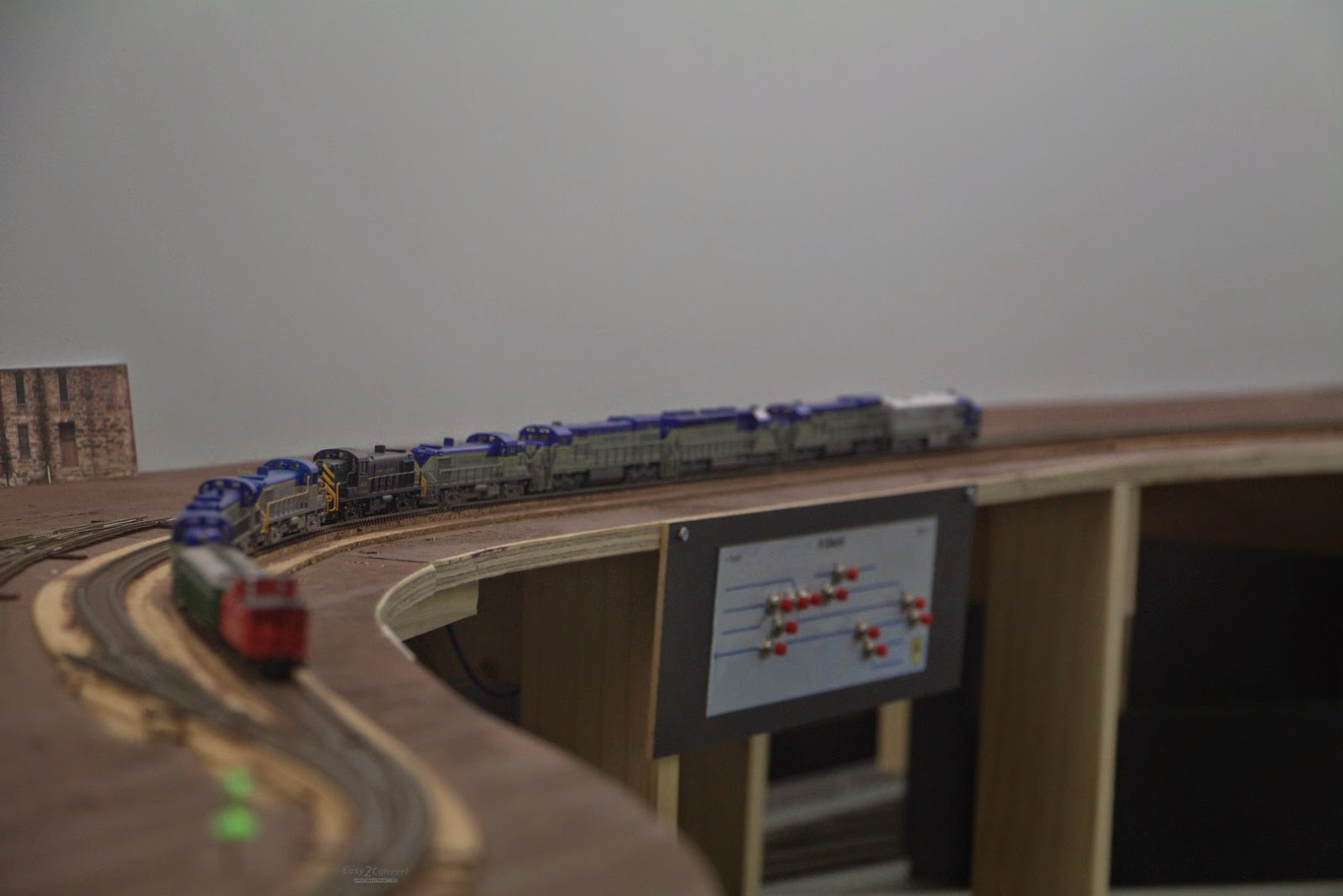 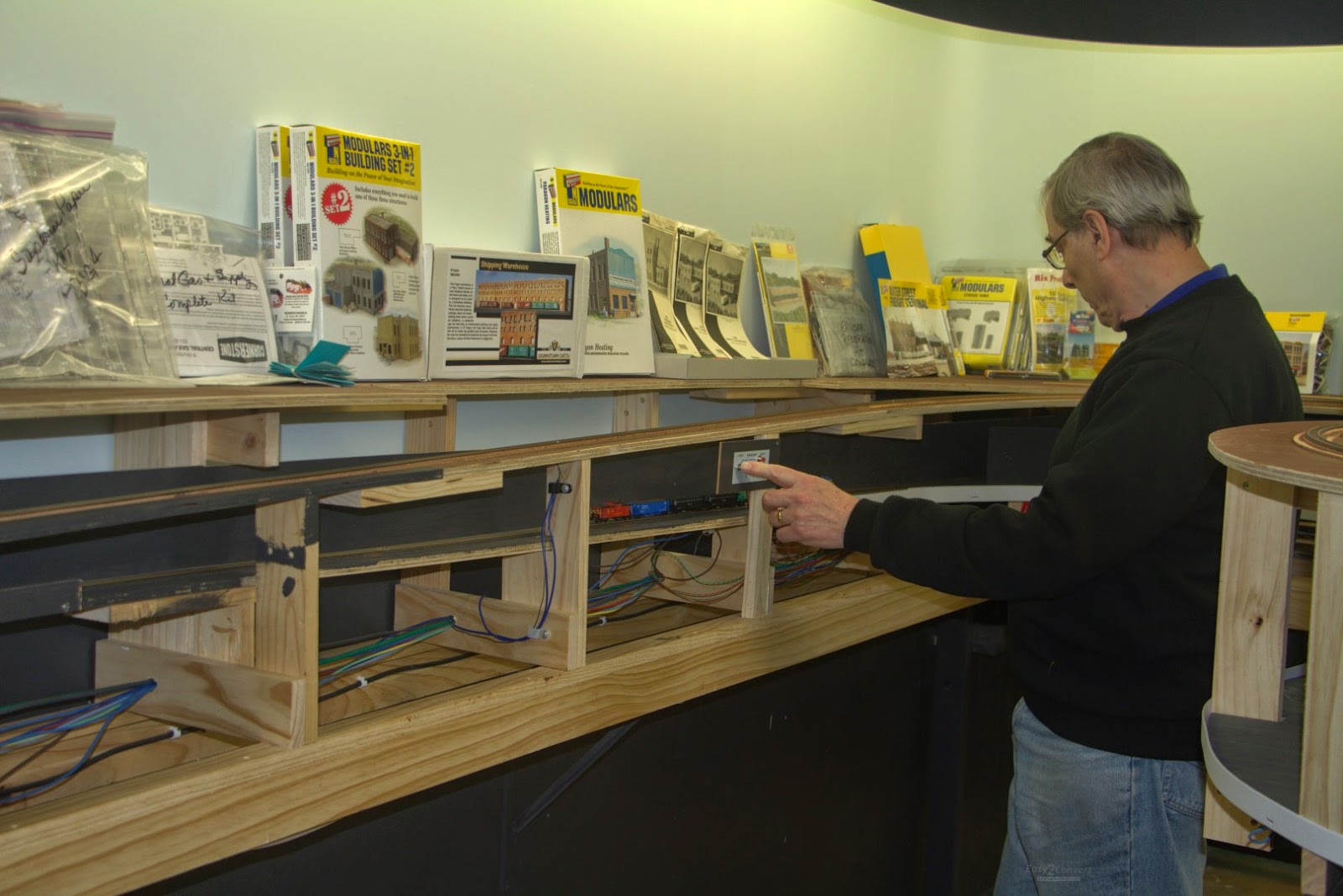 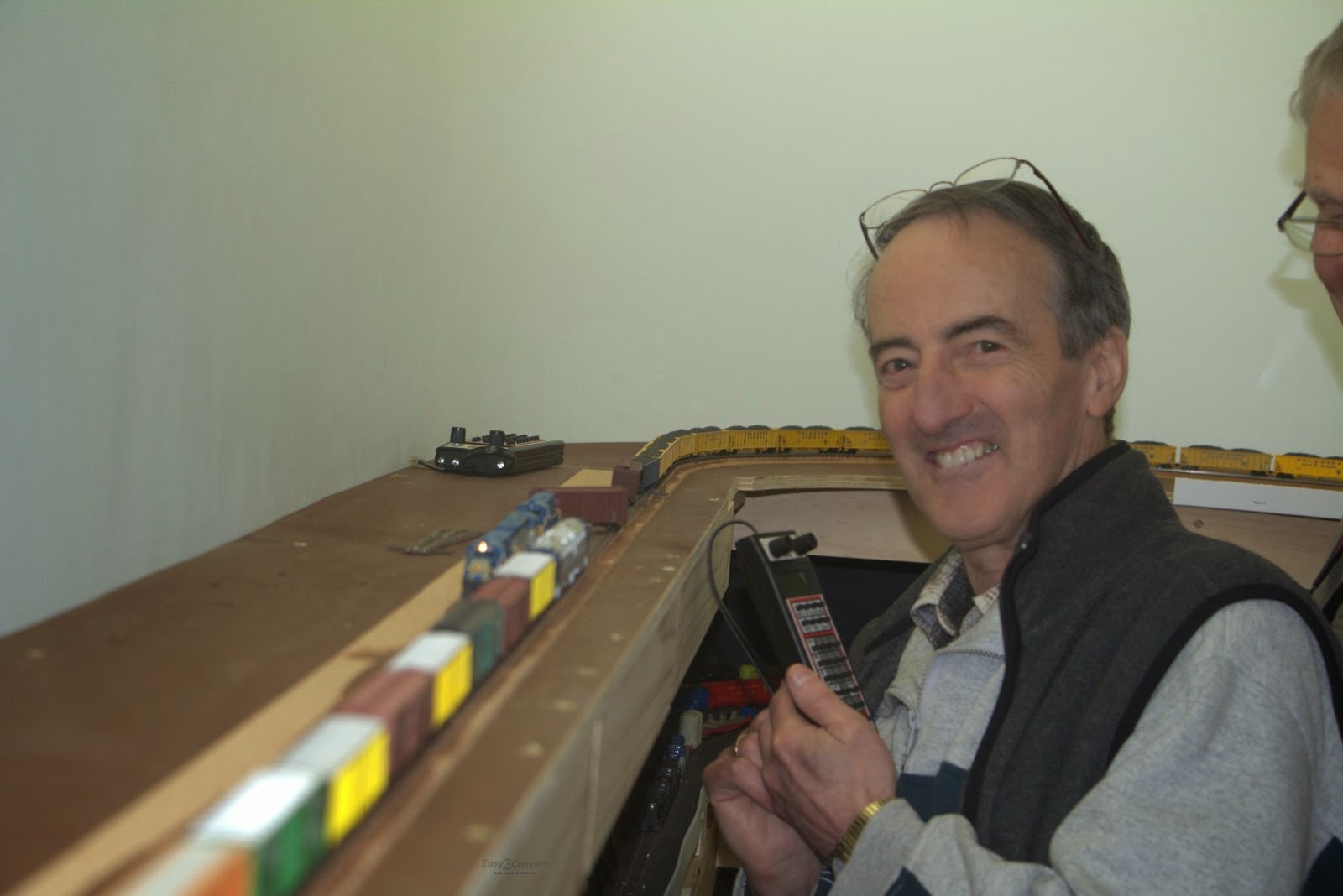 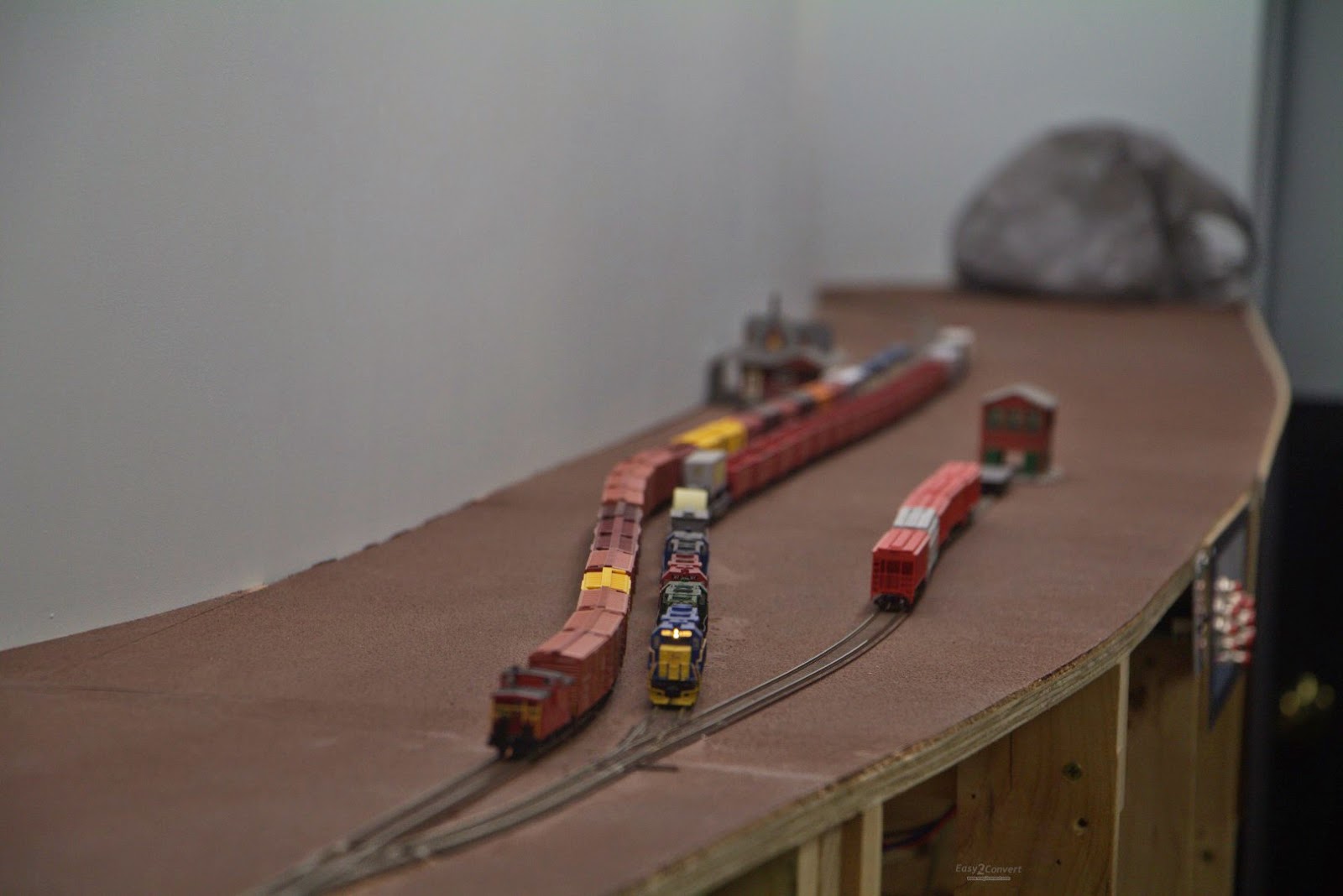 A big thanks to the guys that came to help run the railroad today.. Im sure I wont have any trouble finding engineers to run trains when the town trackwork is completed.

I had a great afternoon and it was a pleasure to host the afternoon and see the layout in operation and with the room full of people.

Im really pleased with the way the design came out and the isle widths seemed to work very well with plenty of room to pass by with 12 people in the room all at once.

Now to move a few of the turnout panels and split a few to make staging easier to operate..

Thanks for catching up on the progress of the layout build.