It seems I have been slow to update the blog re my progress..

On the 30th of March 2014, I completed the track power installation (including block detection) for all of the main line.
On that day I was then able to run a train around the entire layout (less the branch line that has not been installed yet).
When I run a train at a nice slow pace, and just use the staging by pass track, it takes 10 to 12 minutes for the train to complete 1 lap.

So that's another major milestone completed!.

Soon after I completed that, I set about installing the passing siding or loop tracks in each of the main towns. This includes Whitehall, Willsboro, Ft Edward and Saratoga Springs.

These are now installed and powered and managed via block detection.

I can now run trains and have them pass via the DCC managed turnouts and I can monitor the train location using a basic JMRI panel I created for the main deck and the staging deck.

Here are a few pictures of a train making its way around the layout and also some trains I have staged in the North and South staging yards.


Location of the Cement plant at Ft Edward. 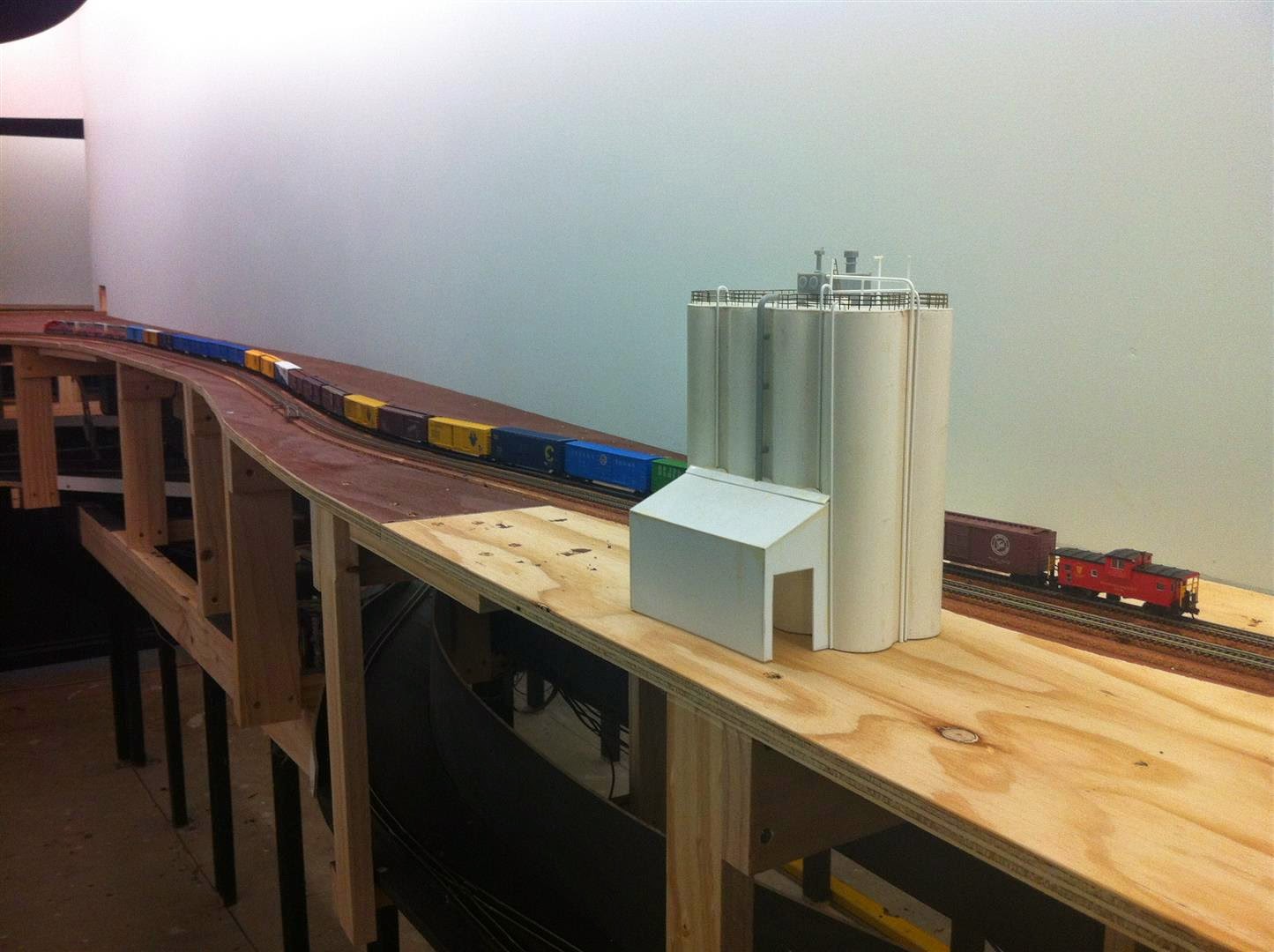 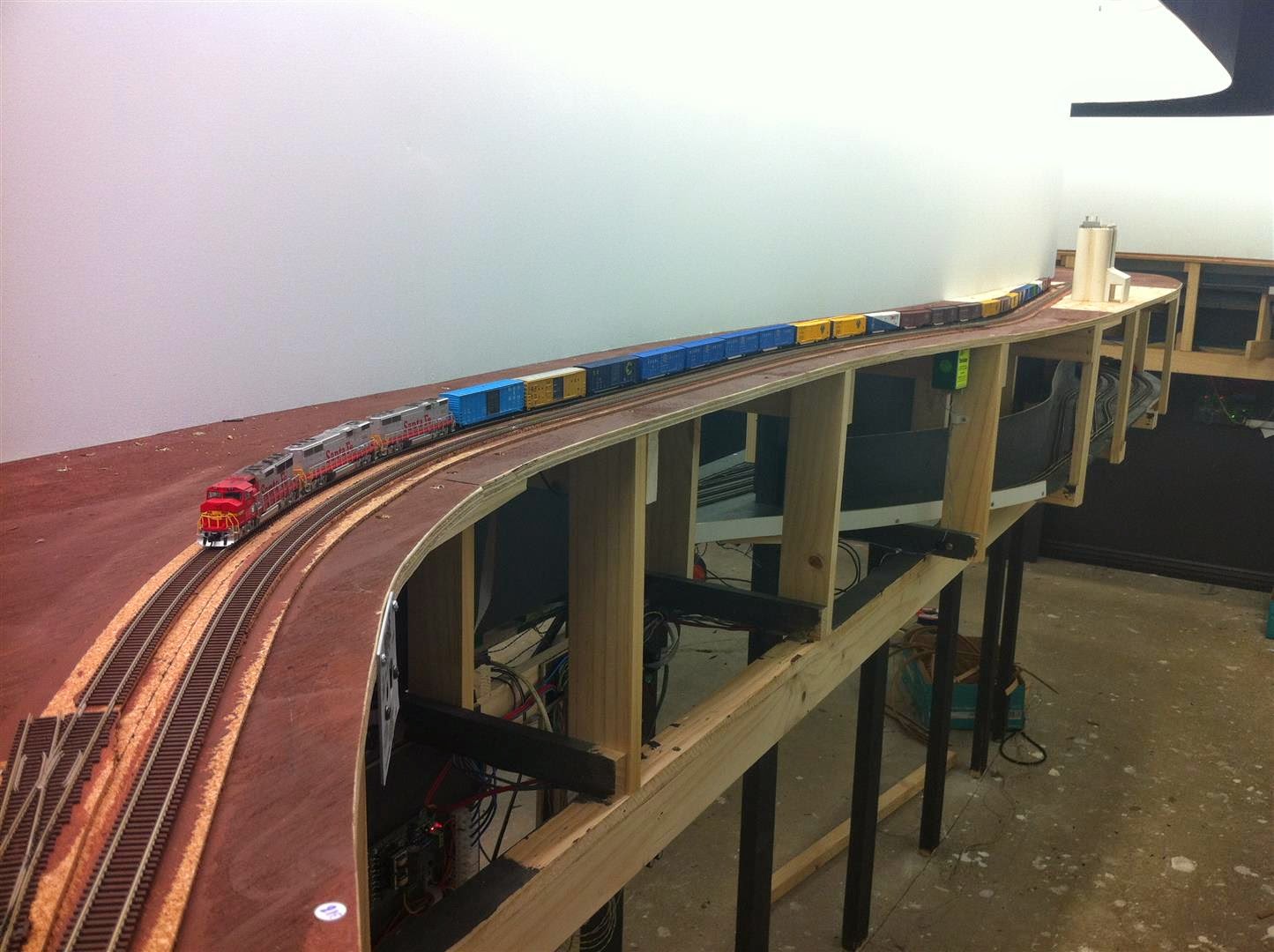 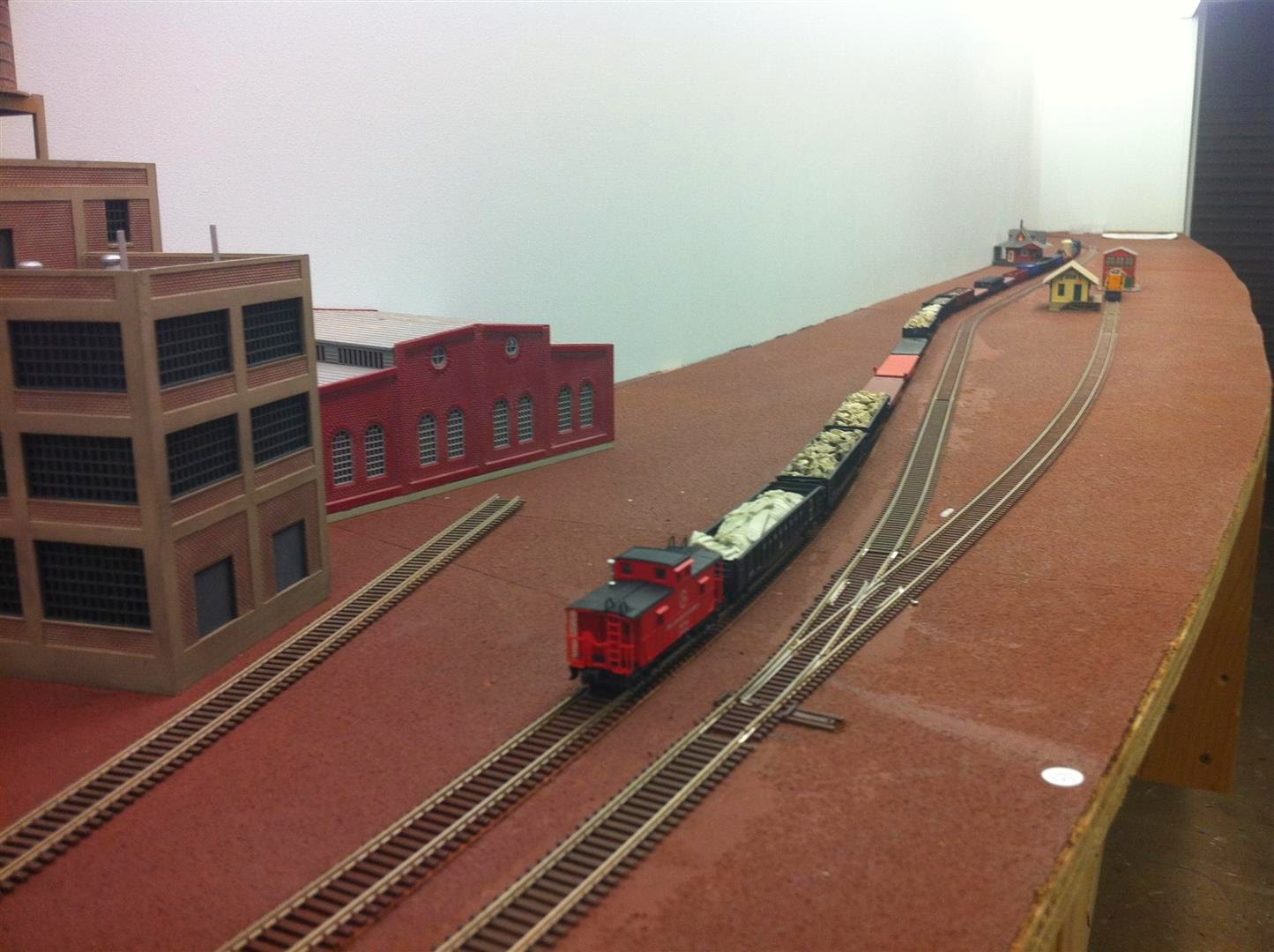 A trio of RS2's ready and waiting to depart from Plattsburg 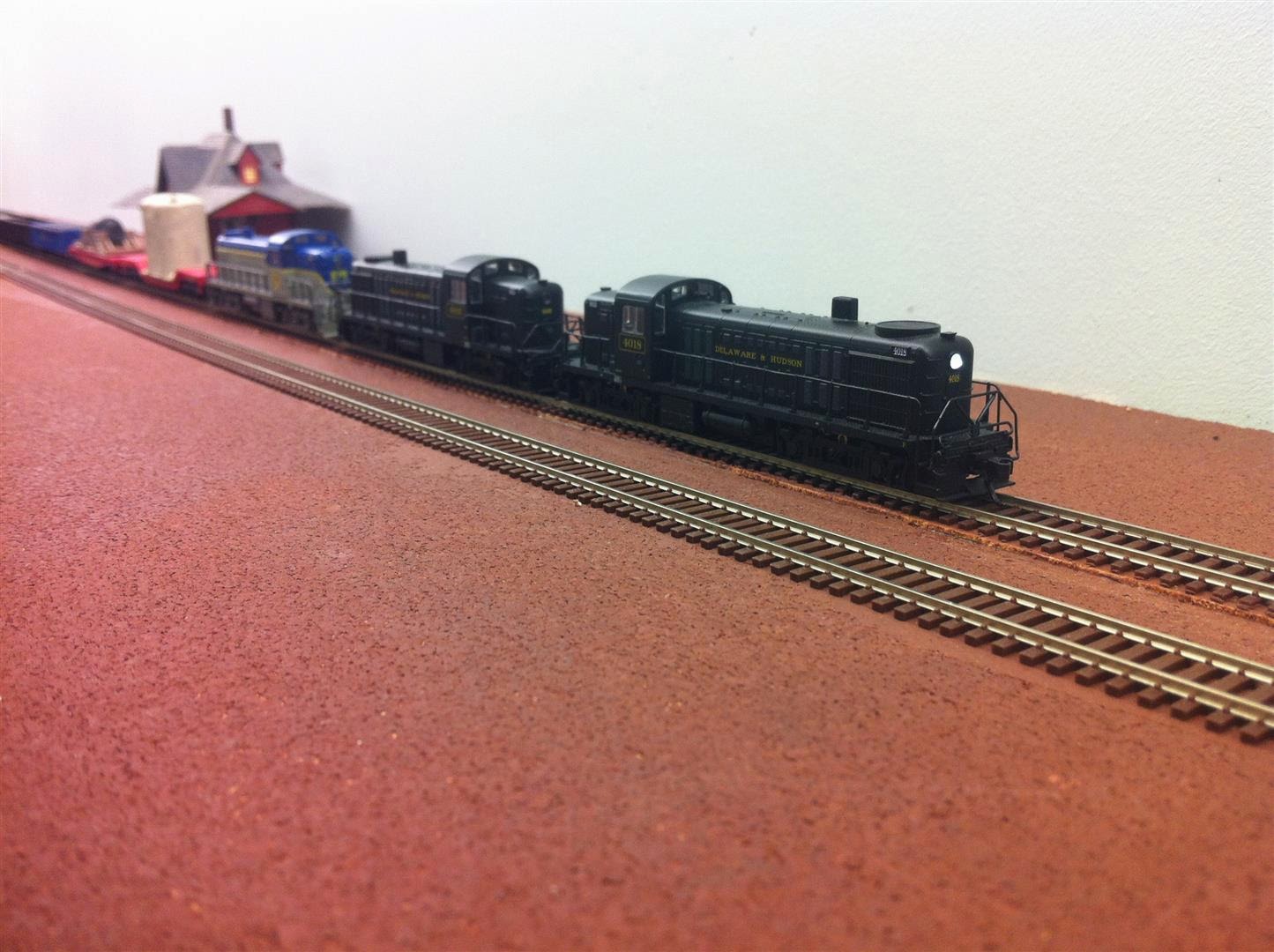 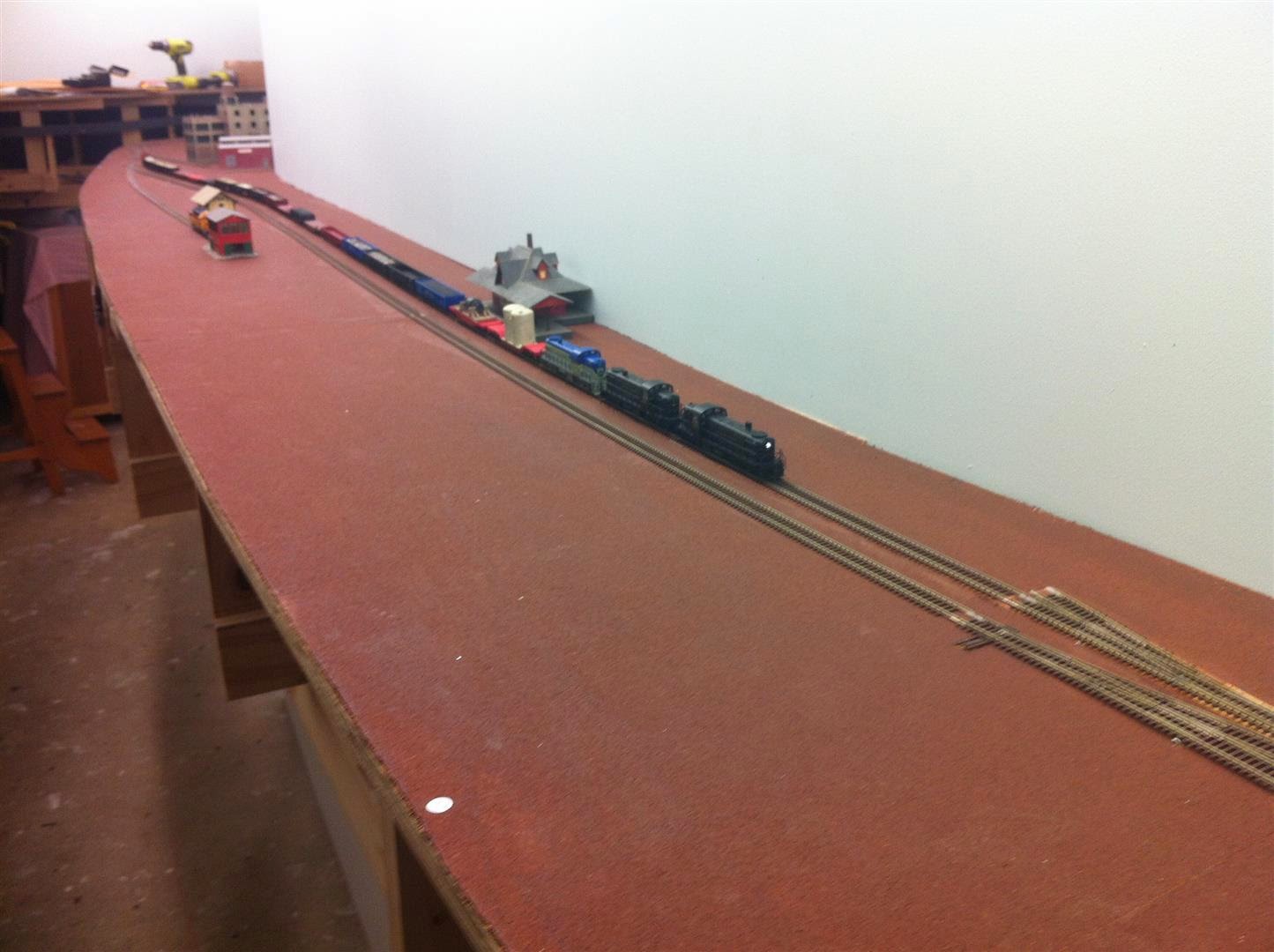 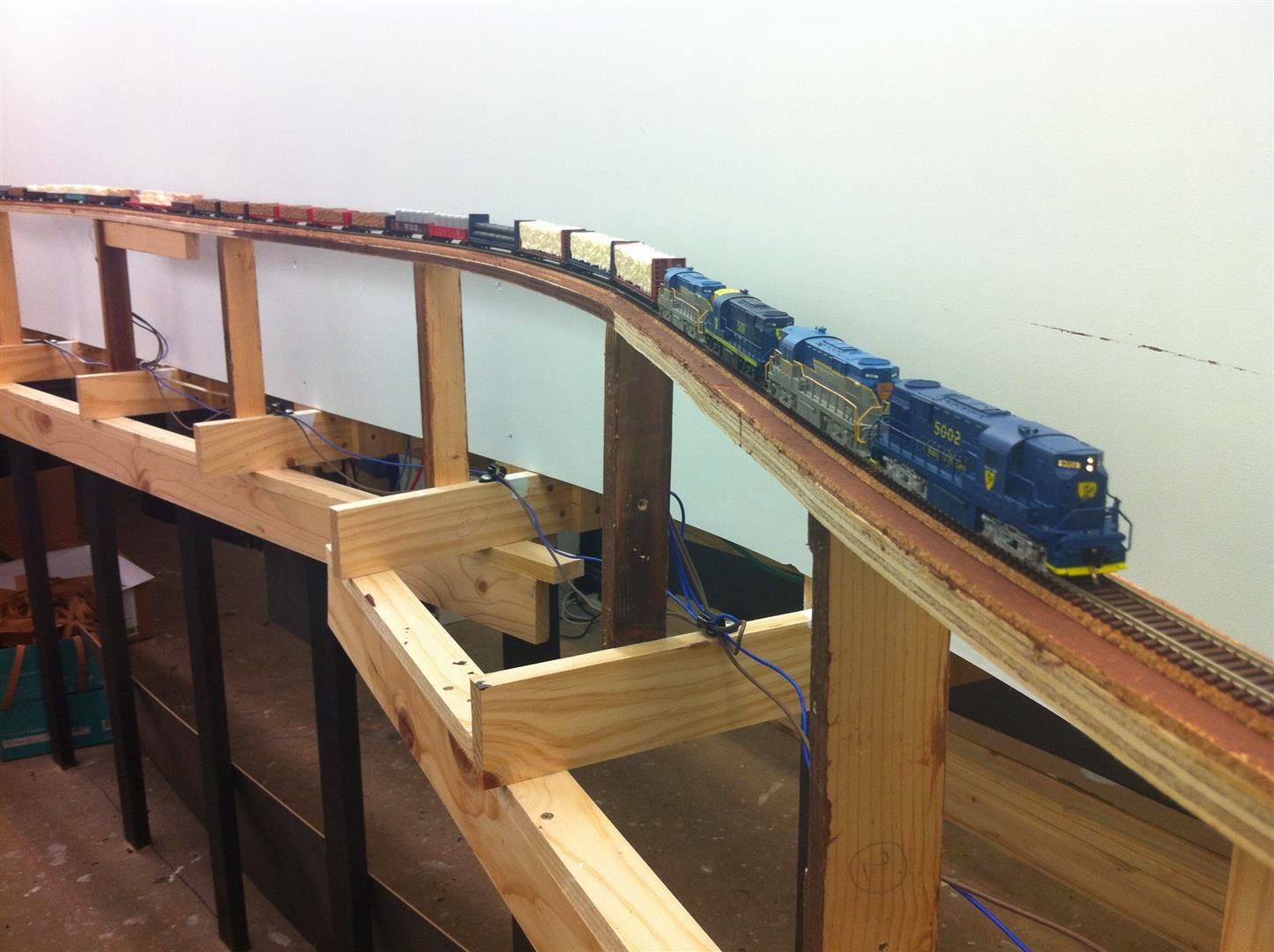 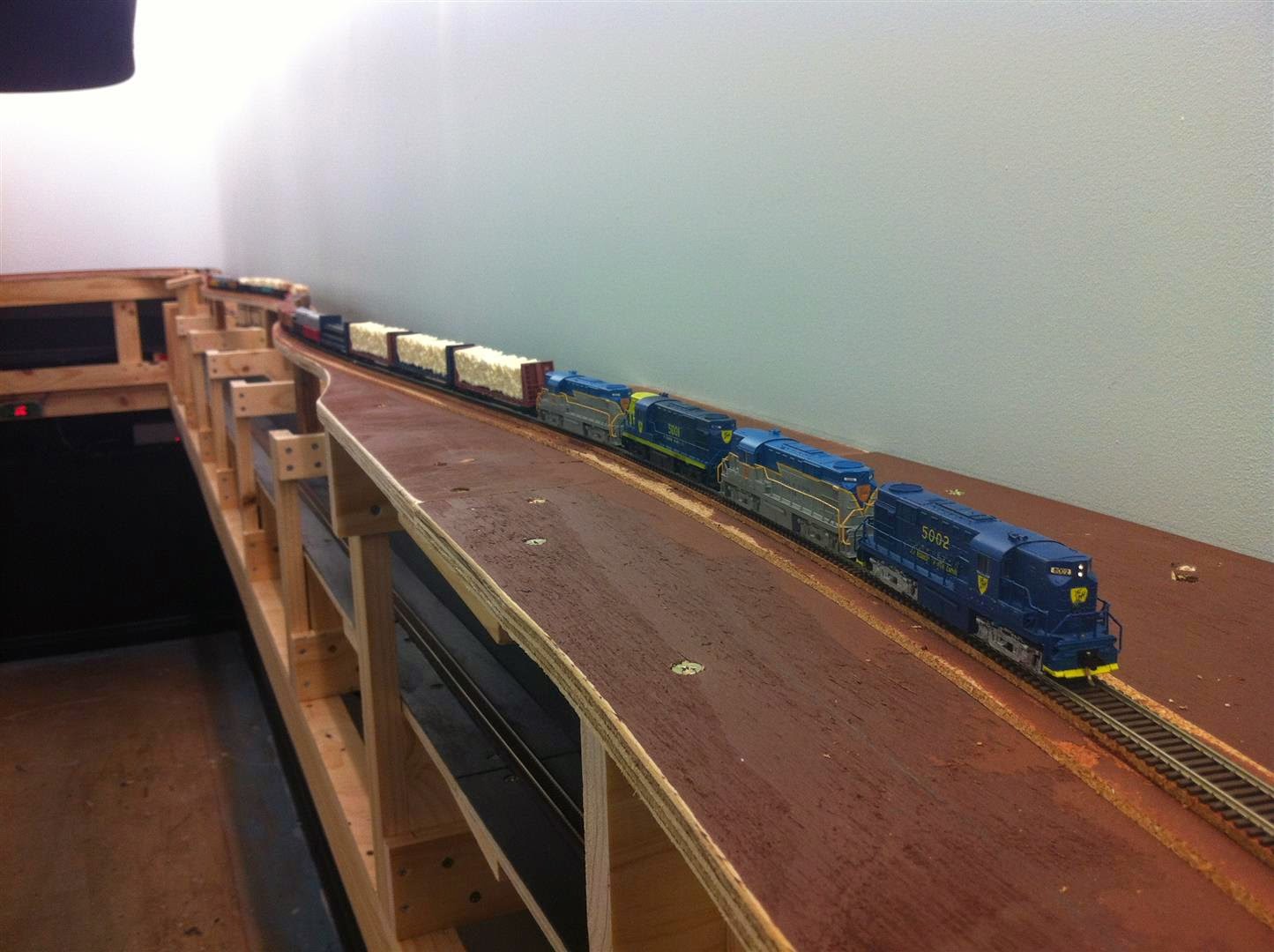 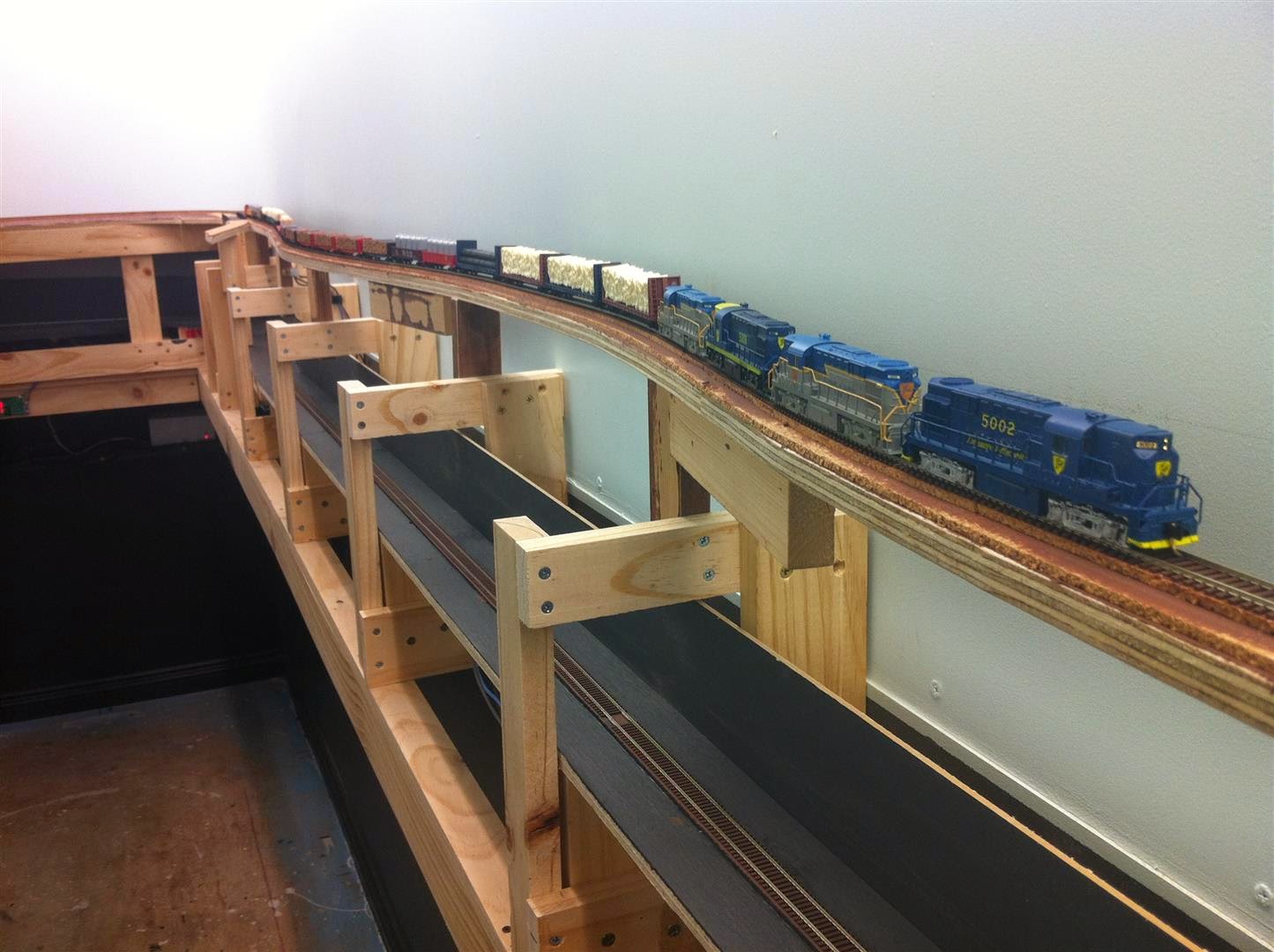 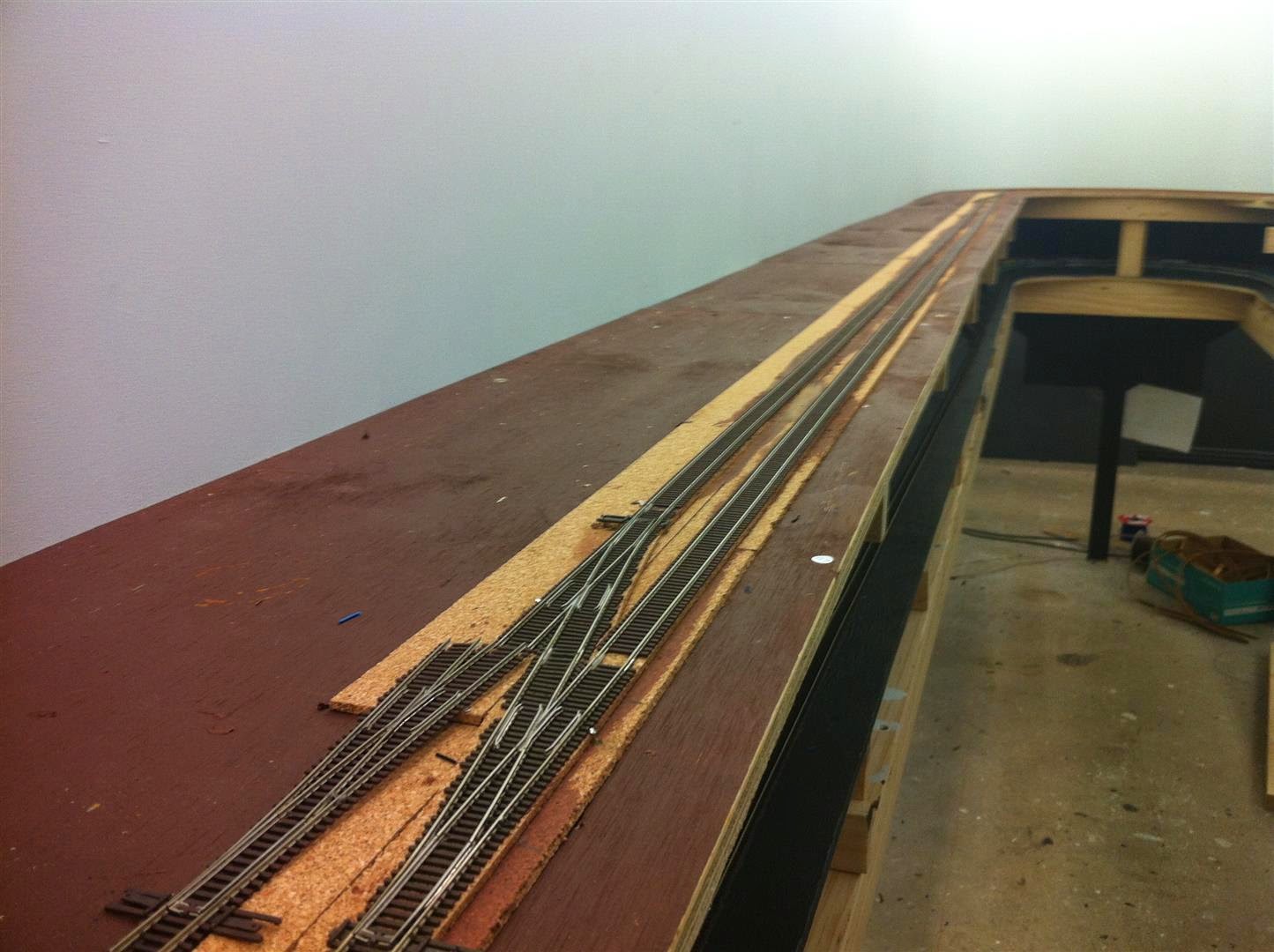 The back end of North staging 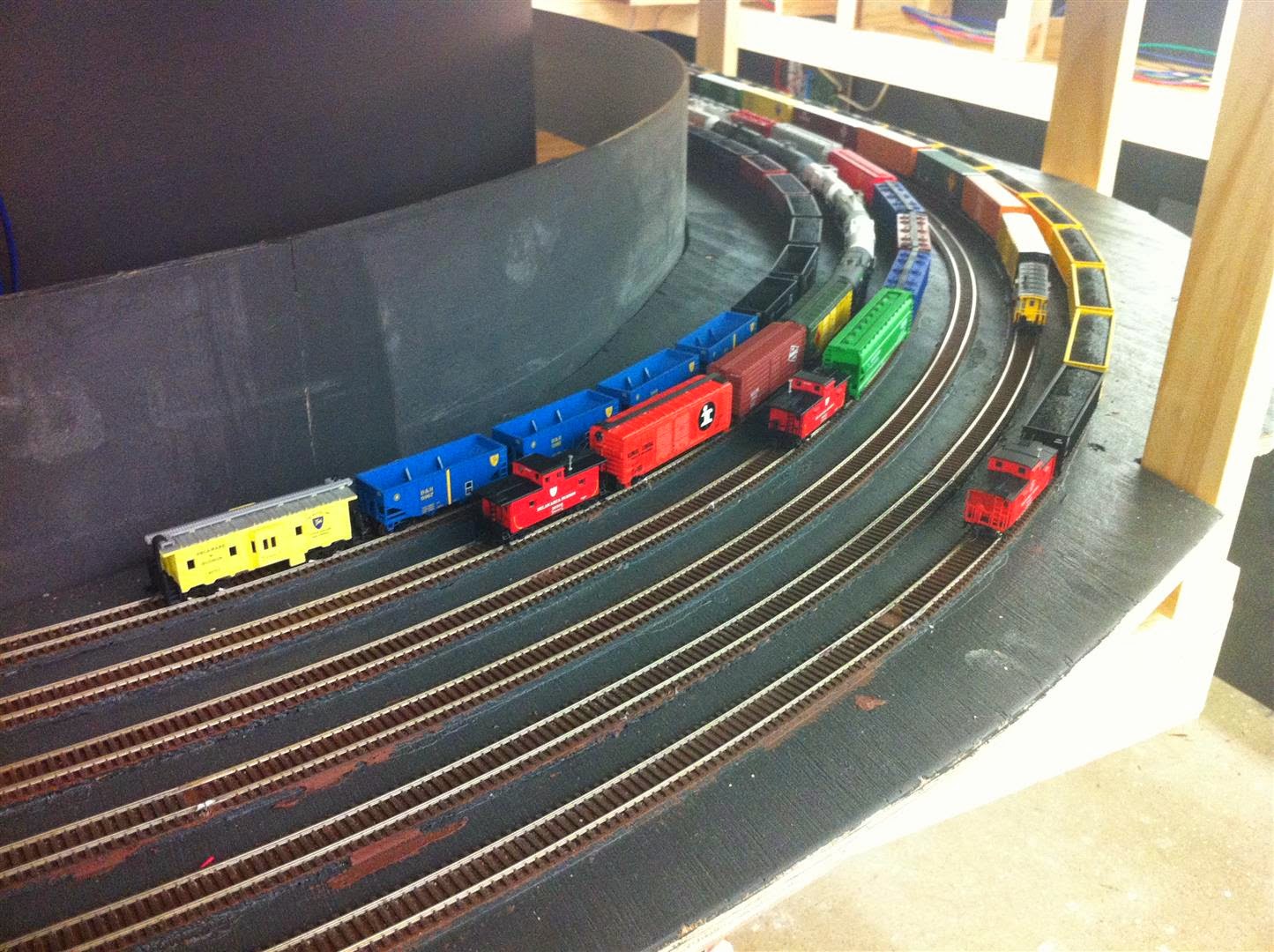 Power at the ready in North Staging 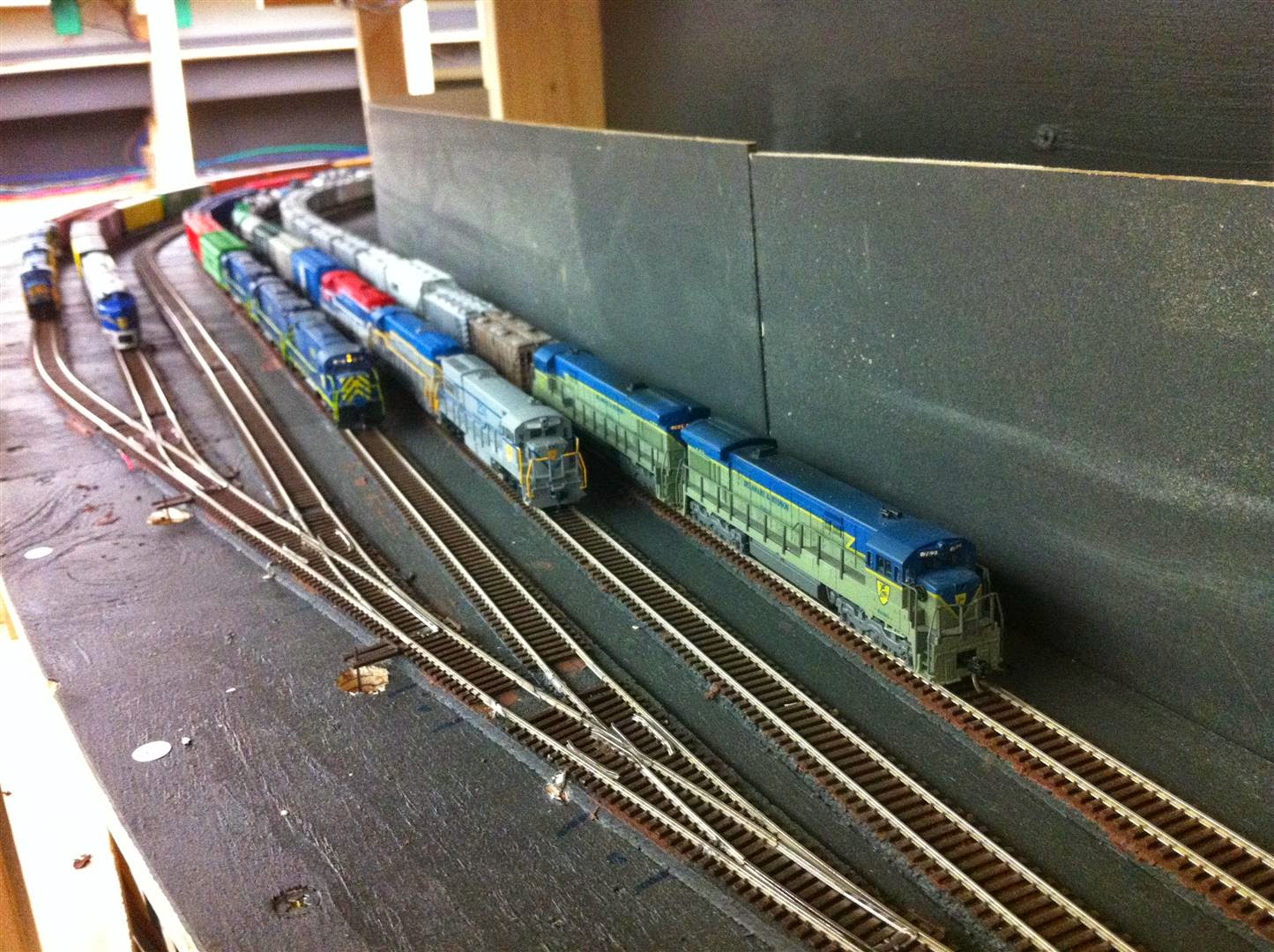 Power at the ready in South Staging 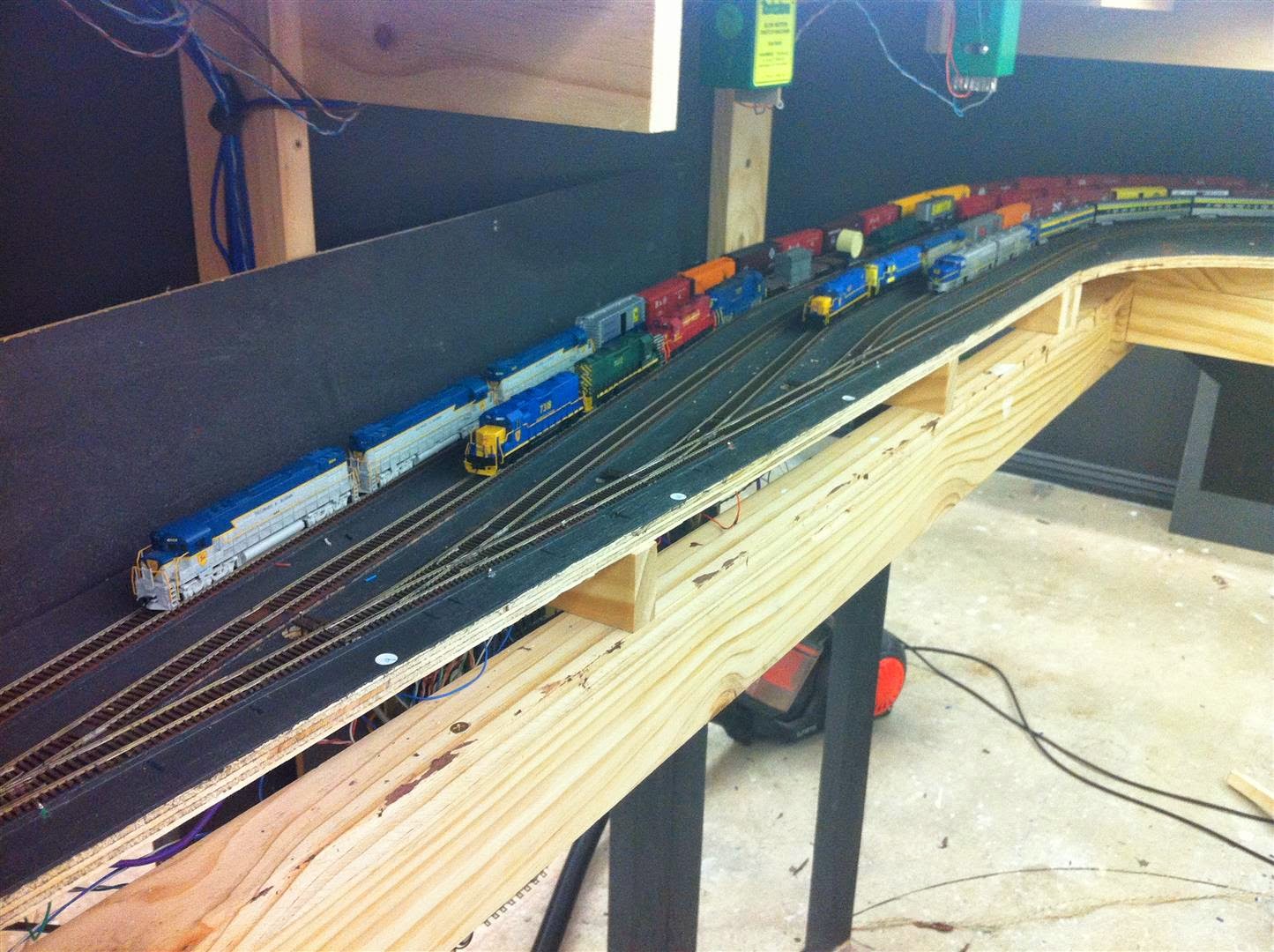 Whitehall - Testing the location for the main yard 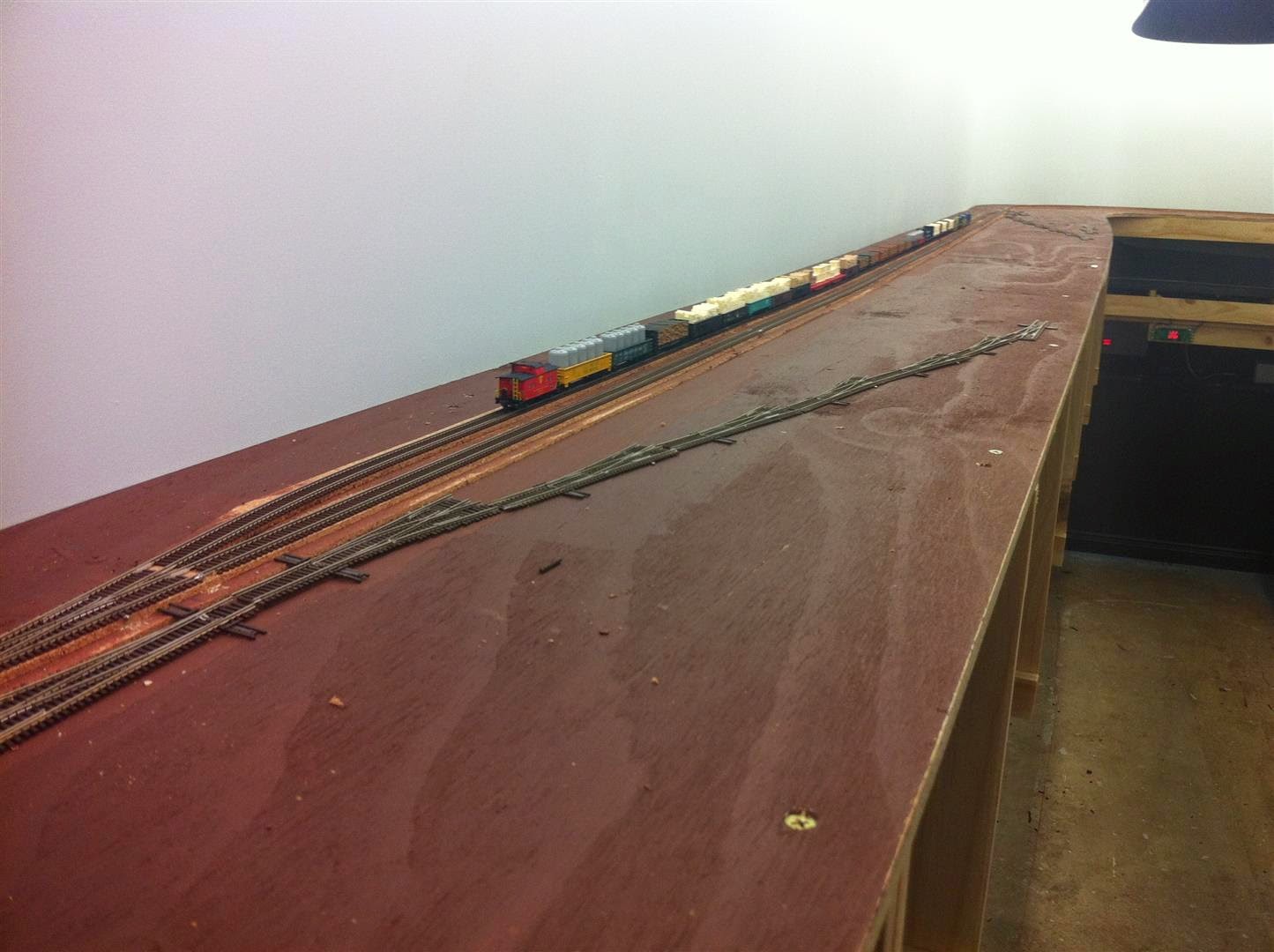 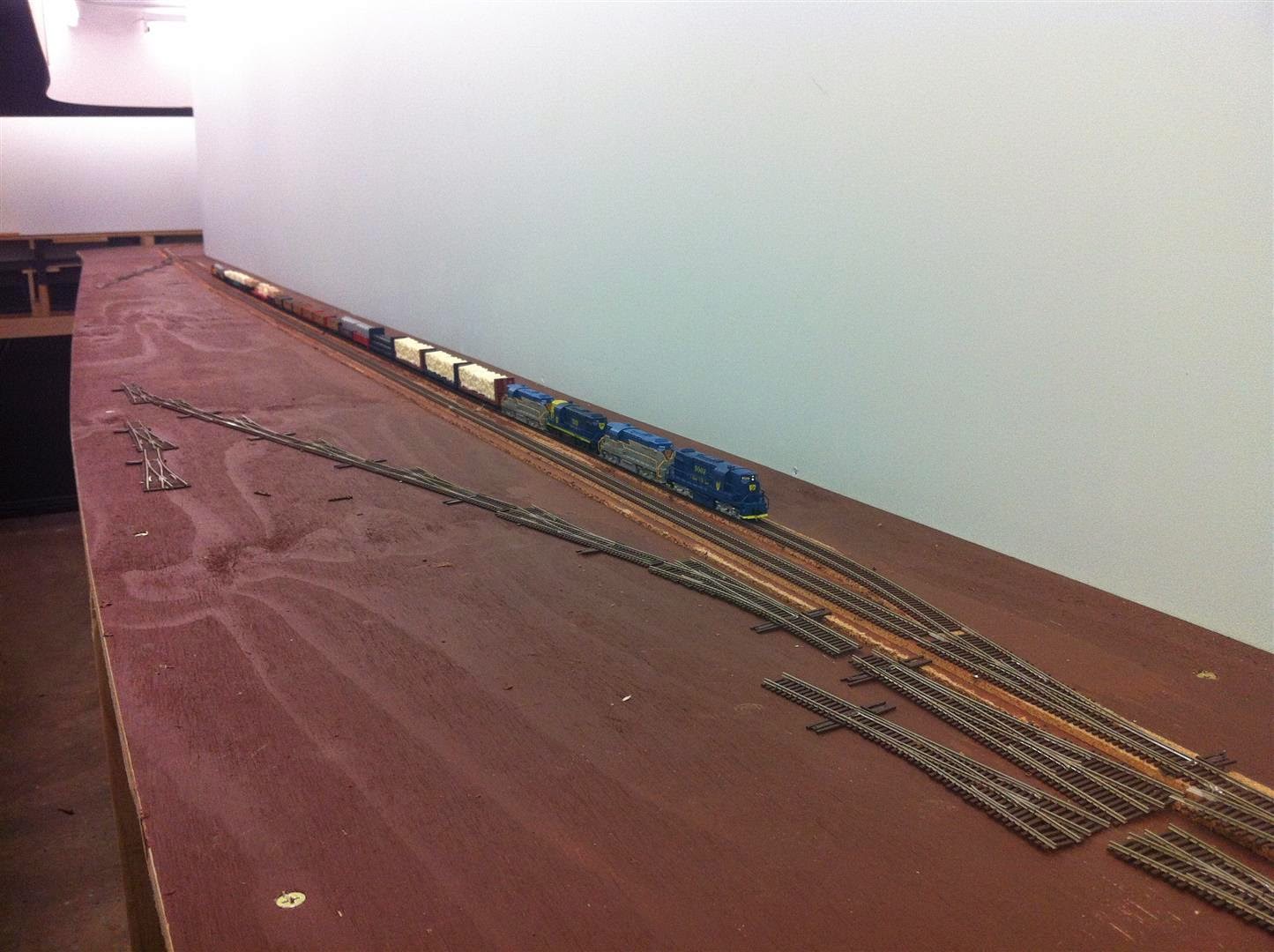 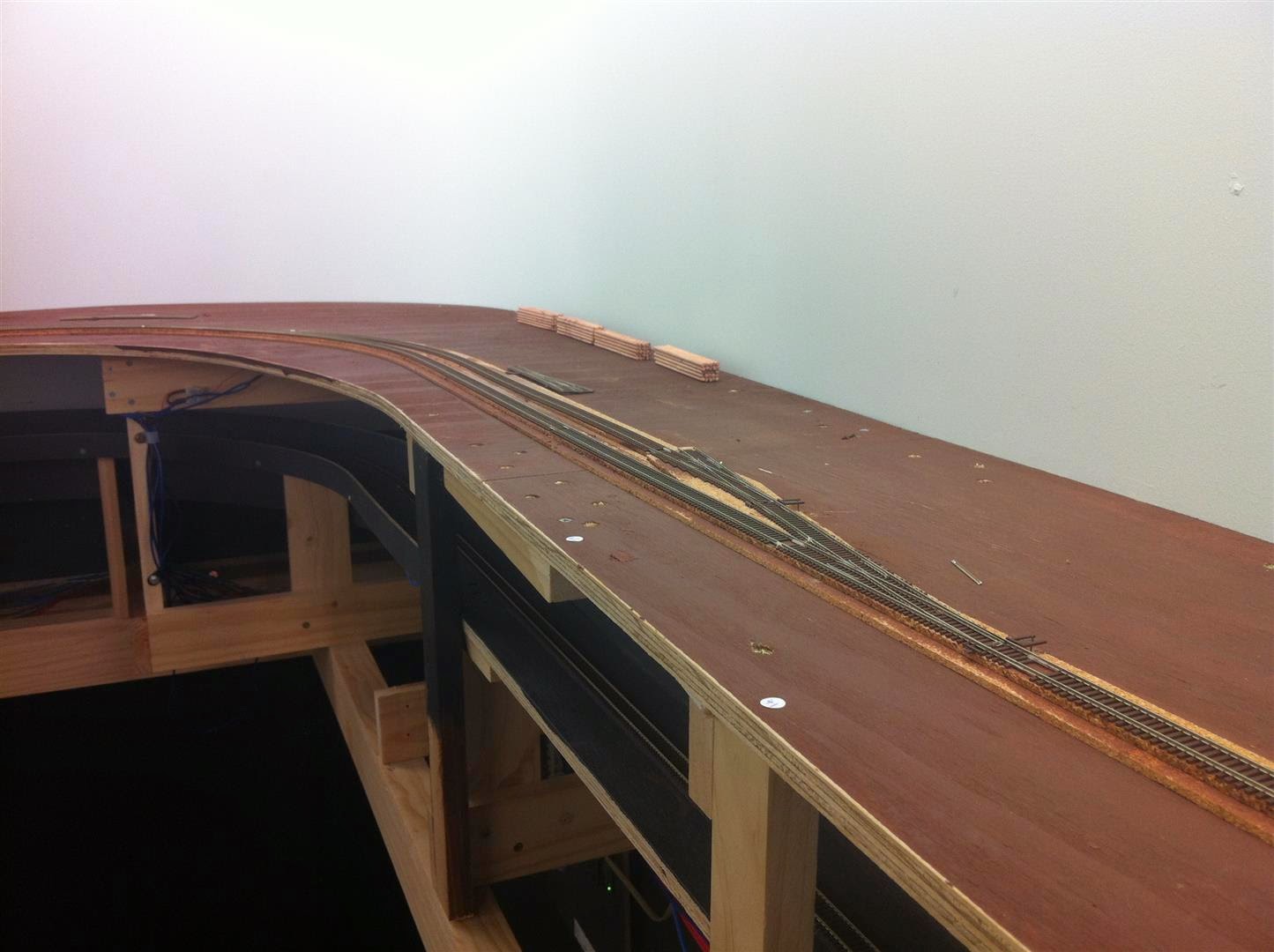 Here is a view of the test panels I have set up in JMRI. 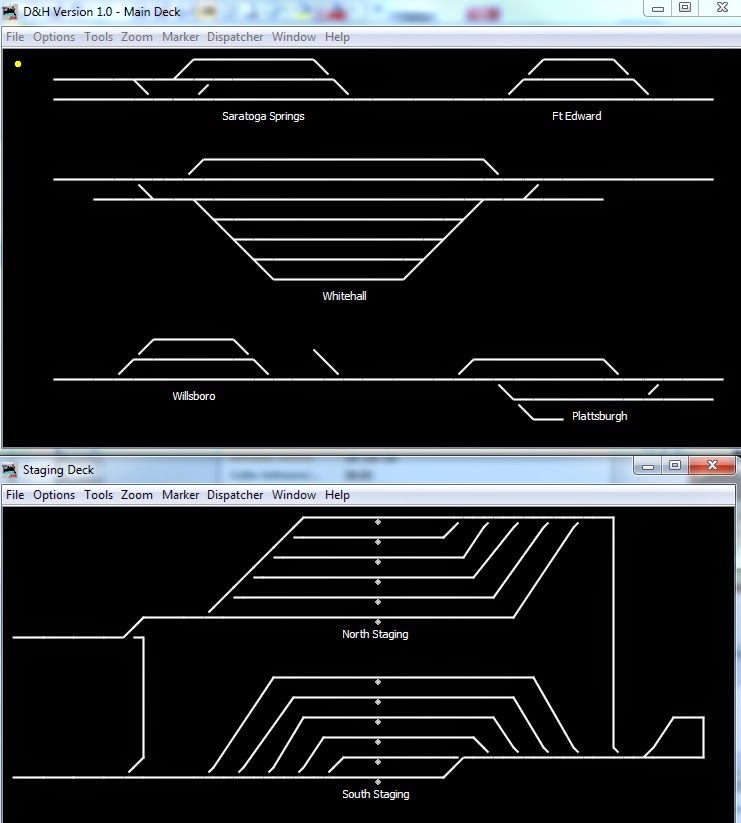 The panel is only to test turnouts and also block detection.


So that's the update.
All installed tortoise machines are powered via the DCC electronics.
95% of the blocks that are to be detected on the layout are installed and working.

Now to paint the staging track a rusty brown, install Whitehall Yard, install some fascia boards and then have some guys over for a shakedown..