Turns out I should have taken advice from the layout construction master (aka Rod Warren).
I tried to find a glue that would stick to both paint and the laminex and did not use the glue that Rod suggested (mainly because the tin said it would not bond to paint).
Well the glue I found at bunnings looked to be the right one but alas it failed and I had to completely remove 2 of the 3 laminex corners and then go about removing the hard layer of glue from the MDF.

After an hour or so the work was complete and I set about using the glue Rod had suggested. This time, success, it stuck..
I then set about puttying up the gaps and also added many many more screws to hold the MDF backboards in place to make sure it does not warp.. 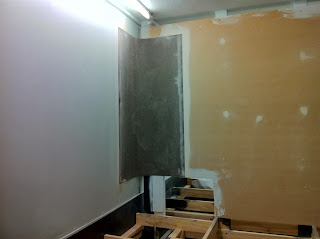 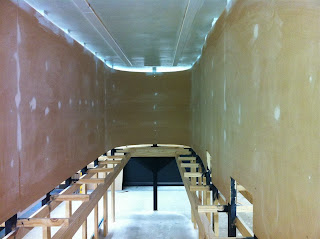 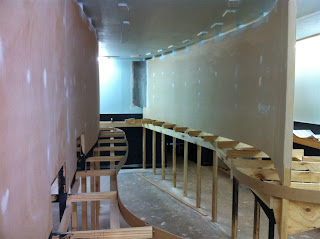 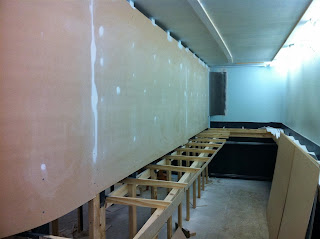 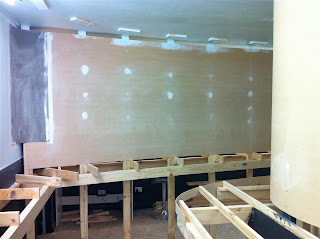 Then I had to putty up and sand back the backboards to cover the screws..

After a fair bit of elbow grease the job is now done and the walls are ready for paint.

As you can see from the pictures, the corner pieces look to be set too high.. Don't worry, that's because the level of the base structure is at staging level and not the main deck level. Once the main deck is in, they will be covered and it will look nice...

Stay tuned for the next update.
Posted by Brendan at 19:47