Had a need to do some more isle width testing

Today, I found some spare, all be it narrow 3mm MDF off cuts that I had on the shelf.
So I decided to use it to temporarily install it as fascia on the corners of the peninsula's.
The main aim is to get a feeling of space and make sure there is enough room for people to move around the layout.

I will ponder that idea as it will be a little while before I come to lay the track bed in that location.

Here are some progress pictures. 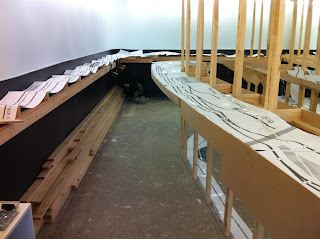 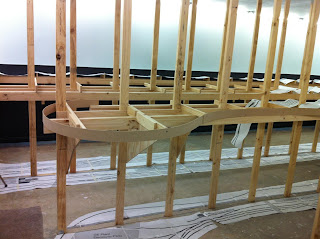 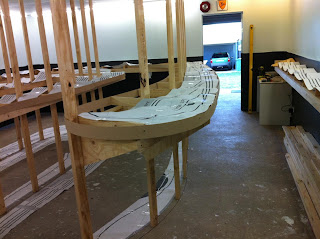 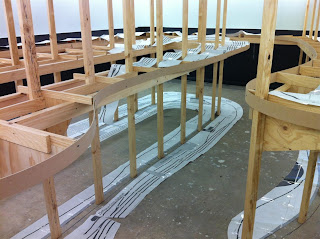 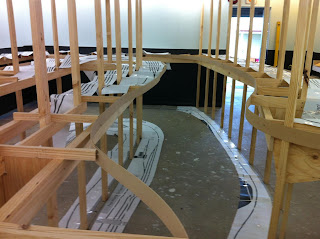 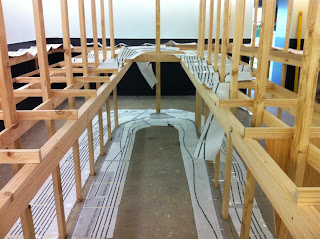 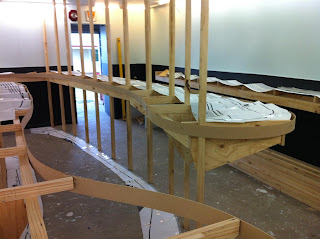 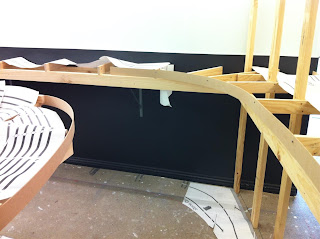 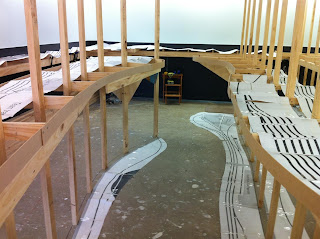 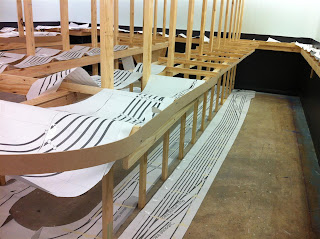 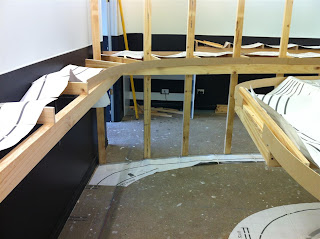 I have also upgraded the support under the end of Ft Edward. 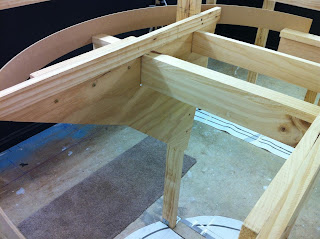 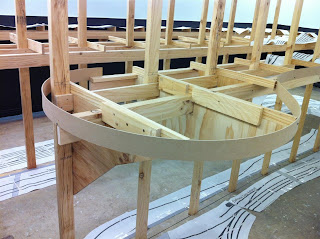 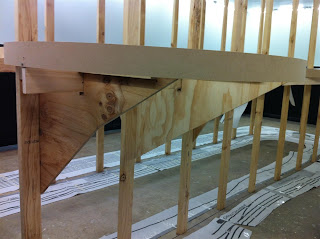 I also have added some lateral support for the 2 end posts on the peninsula's for those, just in case moments once the layout is built and someone falls against the layout. While the peninsula may sway slightly the aim of the brackets is to stop the end post from failing completely. The brackets are on both sides of each post, top and bottom. 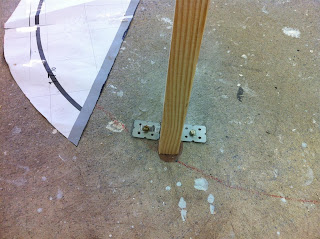 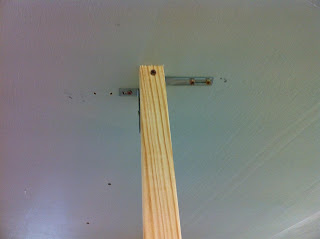 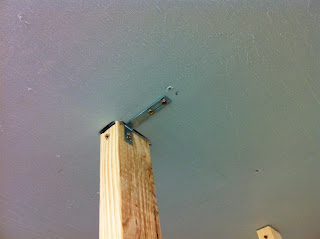 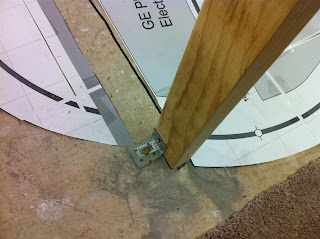 Stay tuned for the next update.
Posted by Brendan at 17:14