3 Turns of the helix

For some time I have thought I would like to build a helix on a layout. Well, now is the time. The new layout has 2 of them. The first is a single turn spiral between Willsboro and Pt Henry and the second is the 3 turn helix from Willsboro up 200mm to Cooperville.

This weekend I set about building and installing the helix.

As I wanted to maintain good clearance between the levels I opted to use 4.8mm masonite rather than the 12mm ply that I have used for the rest of the layout. with a 2% grade and 200mm of climb, the helix is oval in shape and is designed with 3 turns or loops. The space between decks in 64mm less the 3mm of cork and the track it self. So the actual space between decks in around 59mm.

In order to build the helix, I cut 3 rectangles, all the same size and then cut the oval in the middle.
I allowed enough space for 19mm pine blocks to be place on both the inside and outside of the track to hold the levels apart. I then placed all 3 prepared shapes together and made a single cut across the 3 levels in exactly the same place to enable the joins between decks.

The key for the build was getting the first deck right in terms of grade correct and then the next 2 levels would be simple.. All worked per the plan.

I added track to each level as I built it and track feeders and then moved to the next level.

The track is not yet connected to the relevant BDL168, but that's not far off..

So here are the pictures showing the progress.. 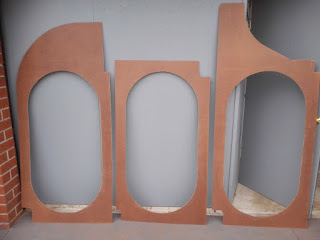 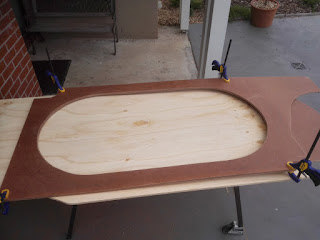 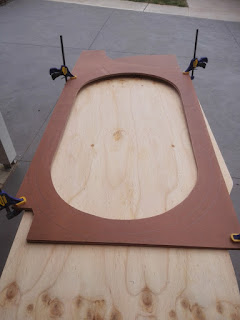 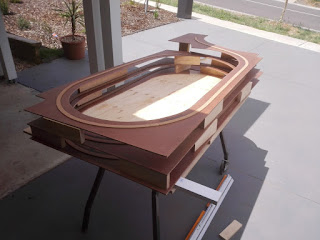 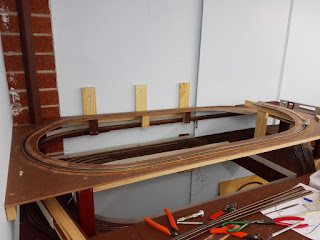 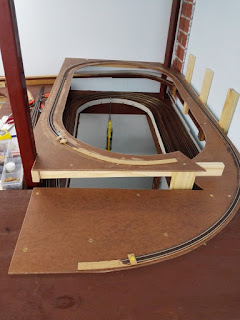 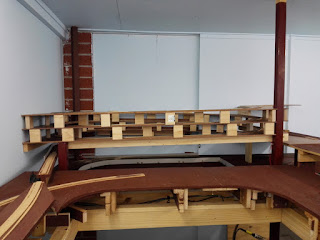 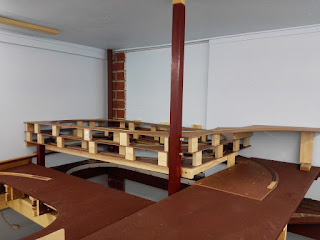 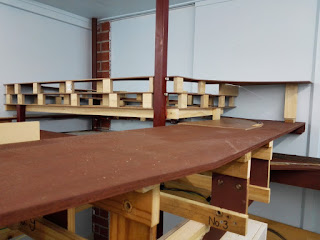 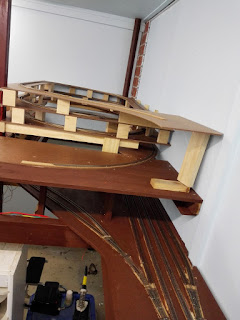