A new house and a new home for the D&H

A new beginning for the D&H

A fair bit of water has gone under the bridge since my last update in June 2015.
We have moved out of the old house (July 2015) travelled around Australia for 10 weeks (21,000km) and built a new home.

We moved into the new home at the end of Jan 2016 and now I'm busy planning the next incarnation of the D&H Champlain division.

The new layout space will be significantly smaller than the last version. This time it will be in half of the 6m x 6m garage with a dividing wall. So the layout will be 2 levels in a 2.60m x 5.90m room within the garage.

The room will have its own ceiling so I can use the ceiling as storage space within the garage.

The concept of the layout is similar to before in that it will be the Champlain / Saratoga divisions of the D&H or the North End. The town names in the area will be used but there will be modellers licence in terms of the locations of the industries and the complexity of the towns.

The top deck will be a narrow shelf of no more than 200mm wide. (the main deck is 300mm wide).
As the main deck is busy with towns and industry, I wanted to ensure that I captured the feeling and the scenery of the area around Lake Champlain as it is quite spectacular and would be a shame to not model this area.

The layout will effectively be staging to staging with return loops at each end of the 2 staging locations with single main line between the two staging areas with passing sidings along the way.

Here are the plans as they stand. 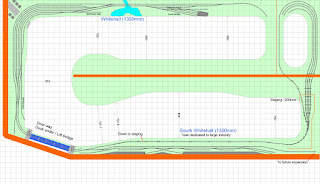 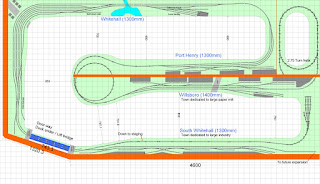 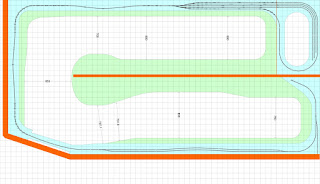 The layout, as per last time will be managed by Digtrax DCC with JMRI and full CTC or ABS signalling.

Any feedback is welcome.