All good things must come to an end!

Time to change things up a bit.

As announced to my local crew, my wife and I have made the decision to sell the house and build a new house in Sunbury. This all means that this will impact the D&H Champlain Division.

The layout must be dismantled and moved.. The new house will have a 3 car garage and 2 of the car bays will be sectioned off to then form the new Railroad room.
The new room will be 6m x 6m, where as the current room is 6m x 7.5m, so this is a down size but only by 1.5m in length.

Today we had the last session on the D&H Champlain division (version 3 as I call it).

We had a good turnout with Rod, Ron, Greg, Bill, Graham, Chris Elliot, Chris Cochrane, and Gordon a visitor from the USA that is here in Australia for the recent N scale convention held in Brisbane.

Here are a few pictures from the day. 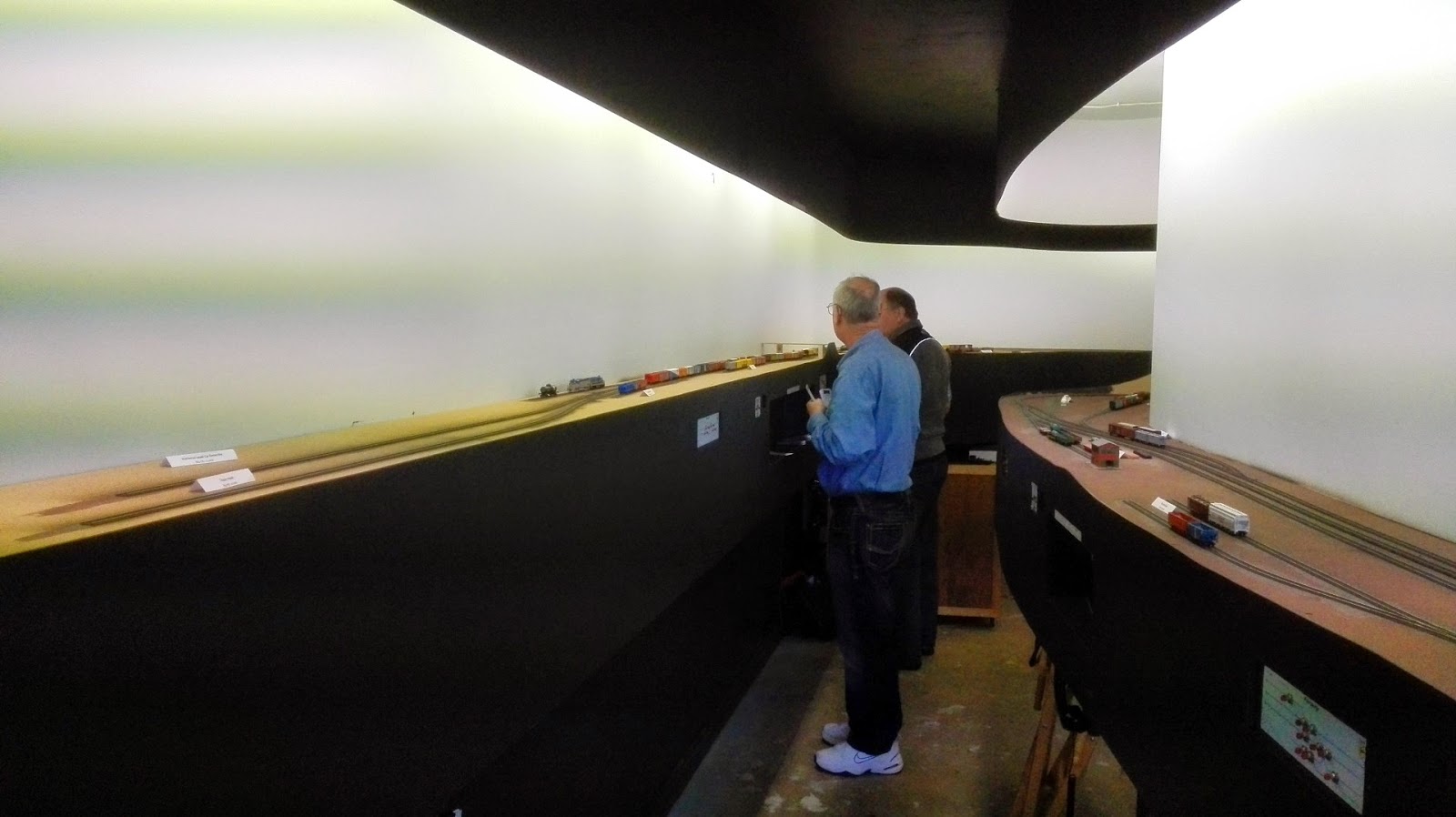 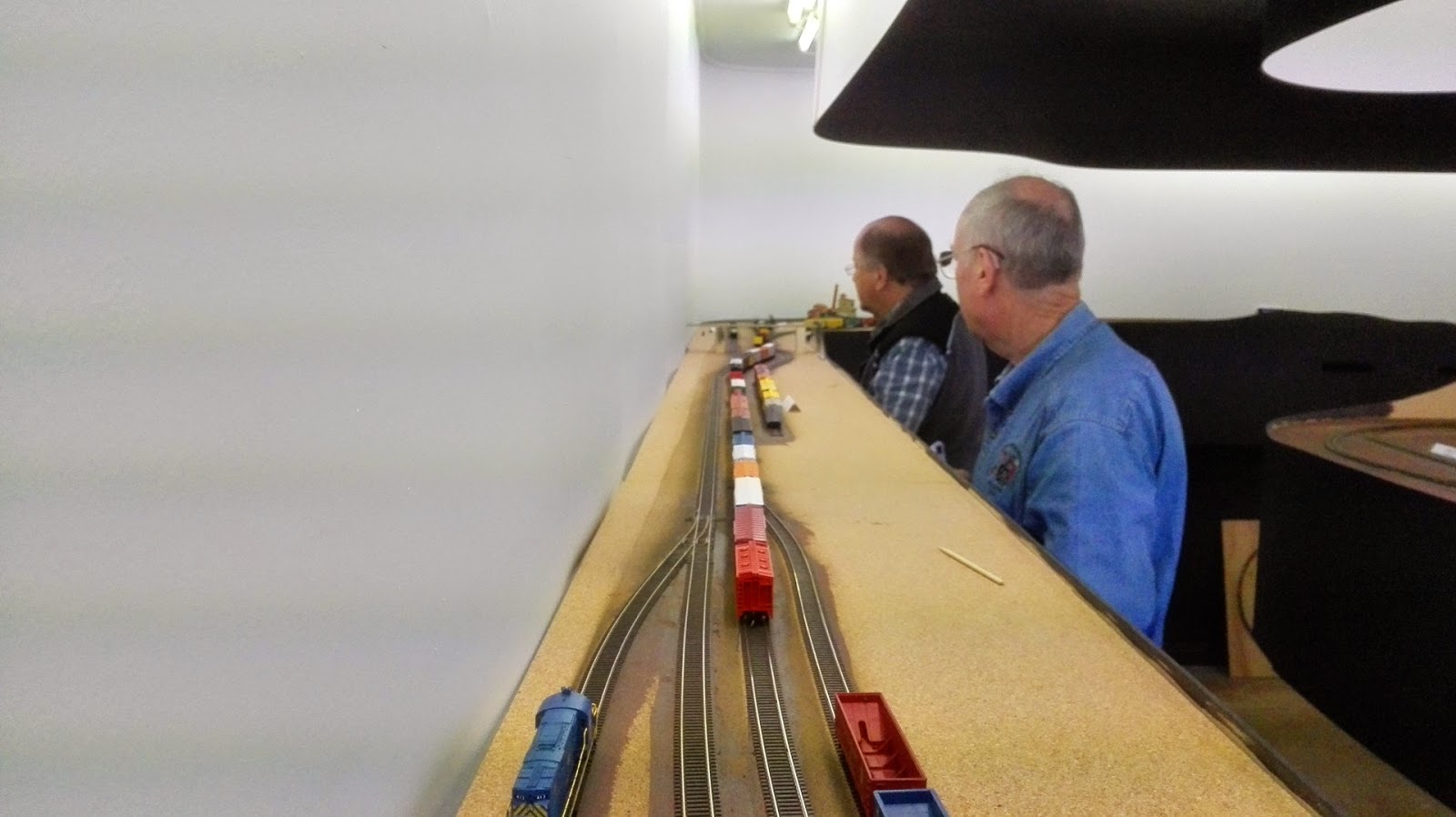 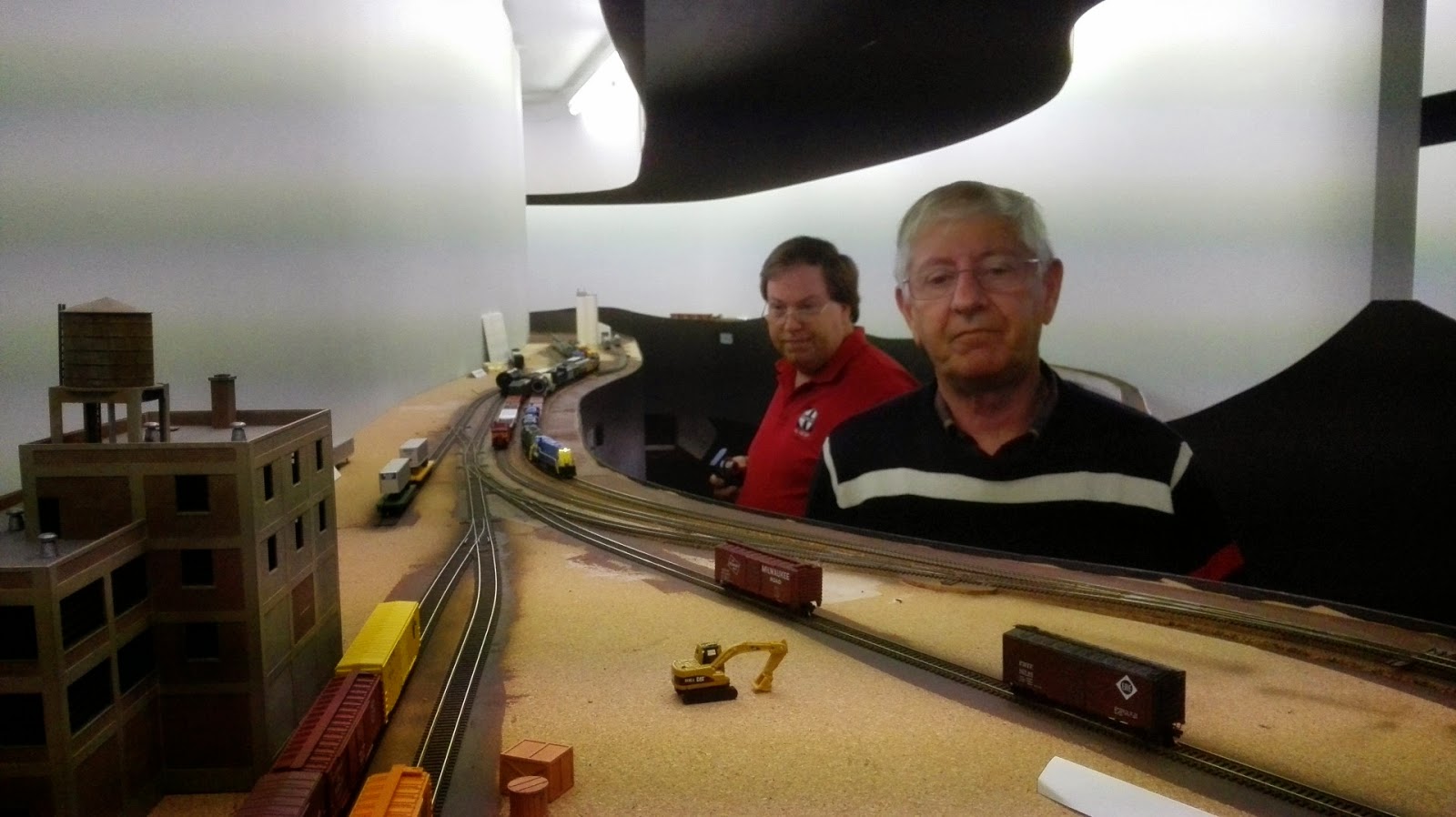 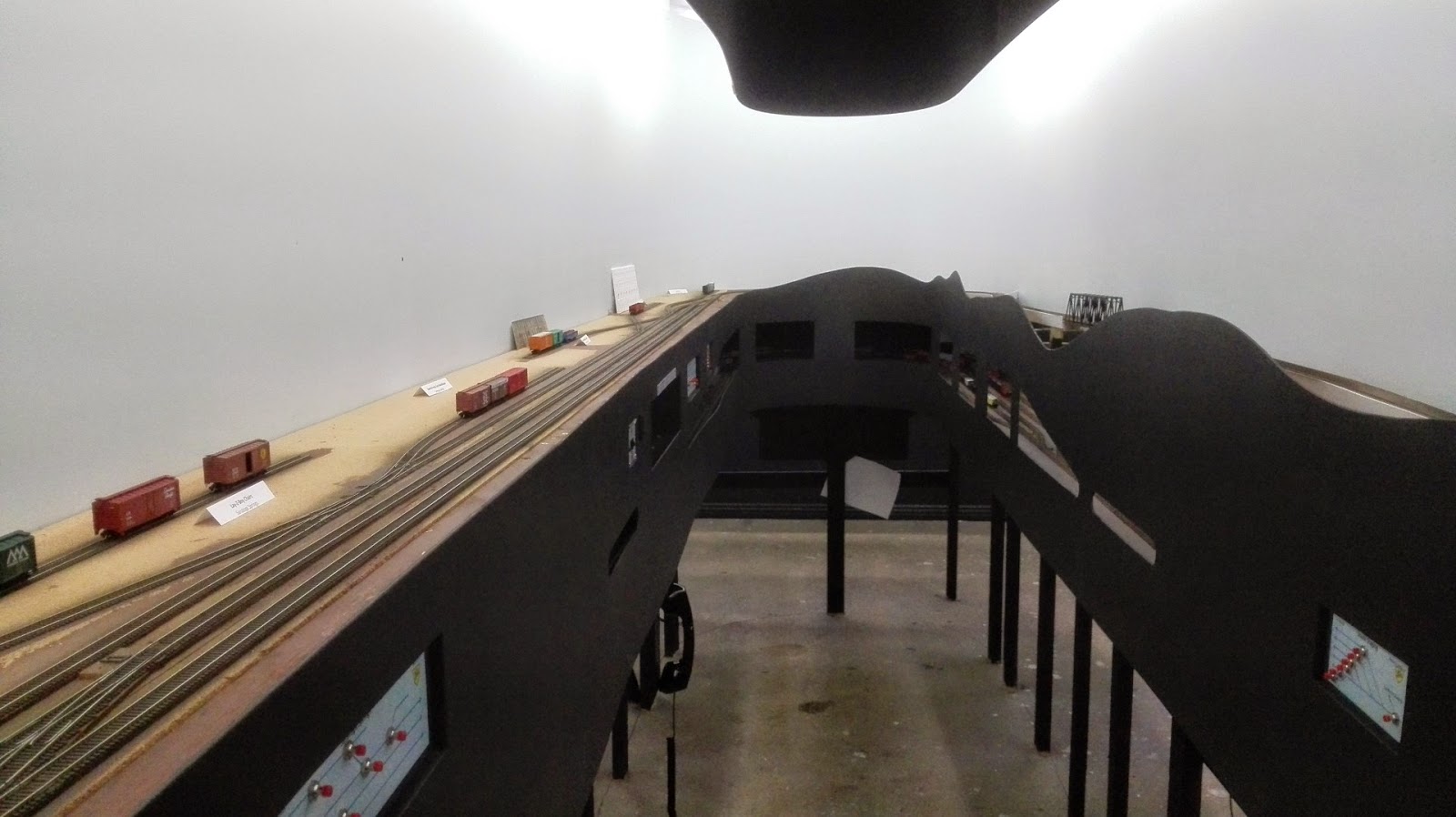 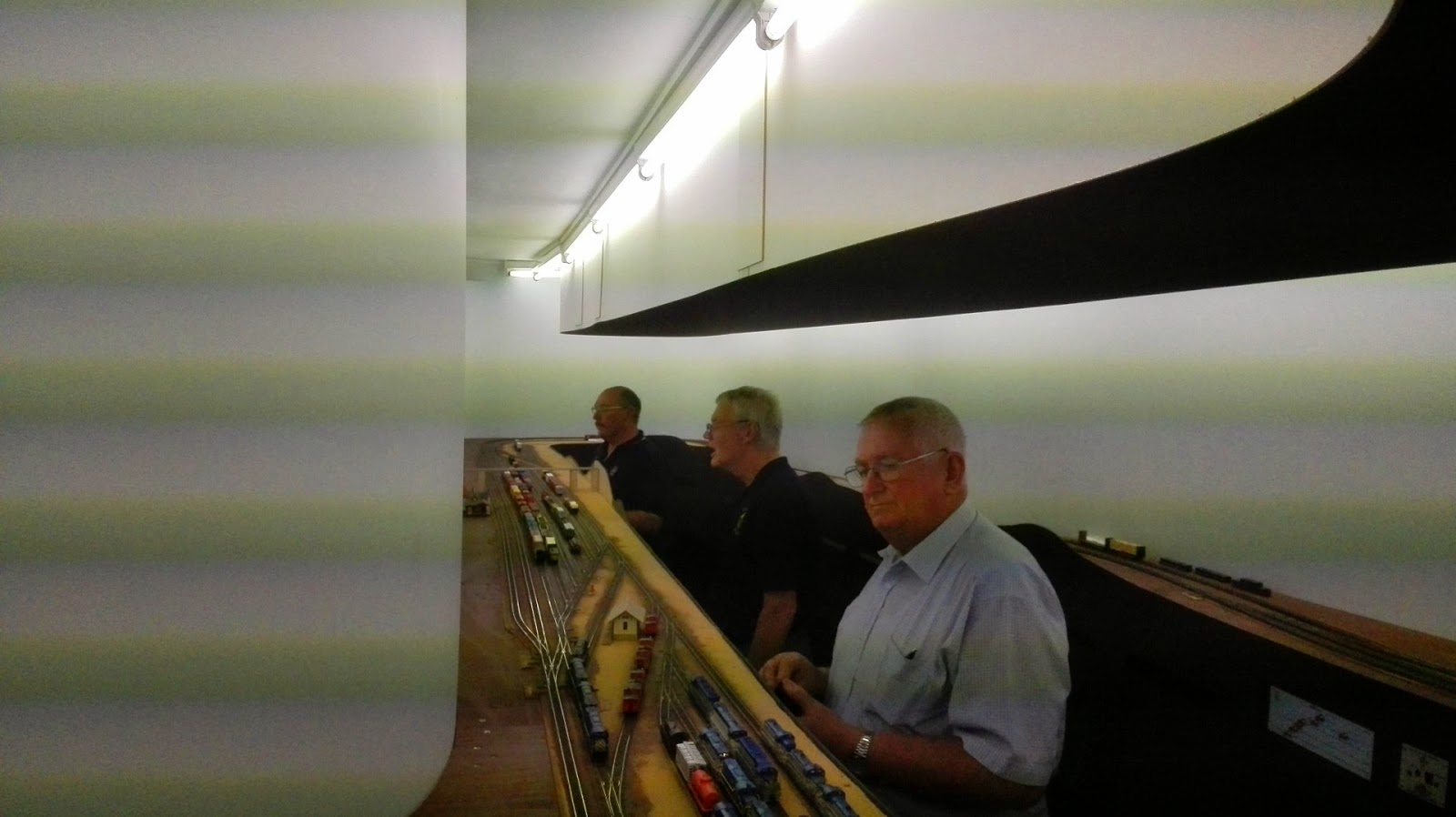 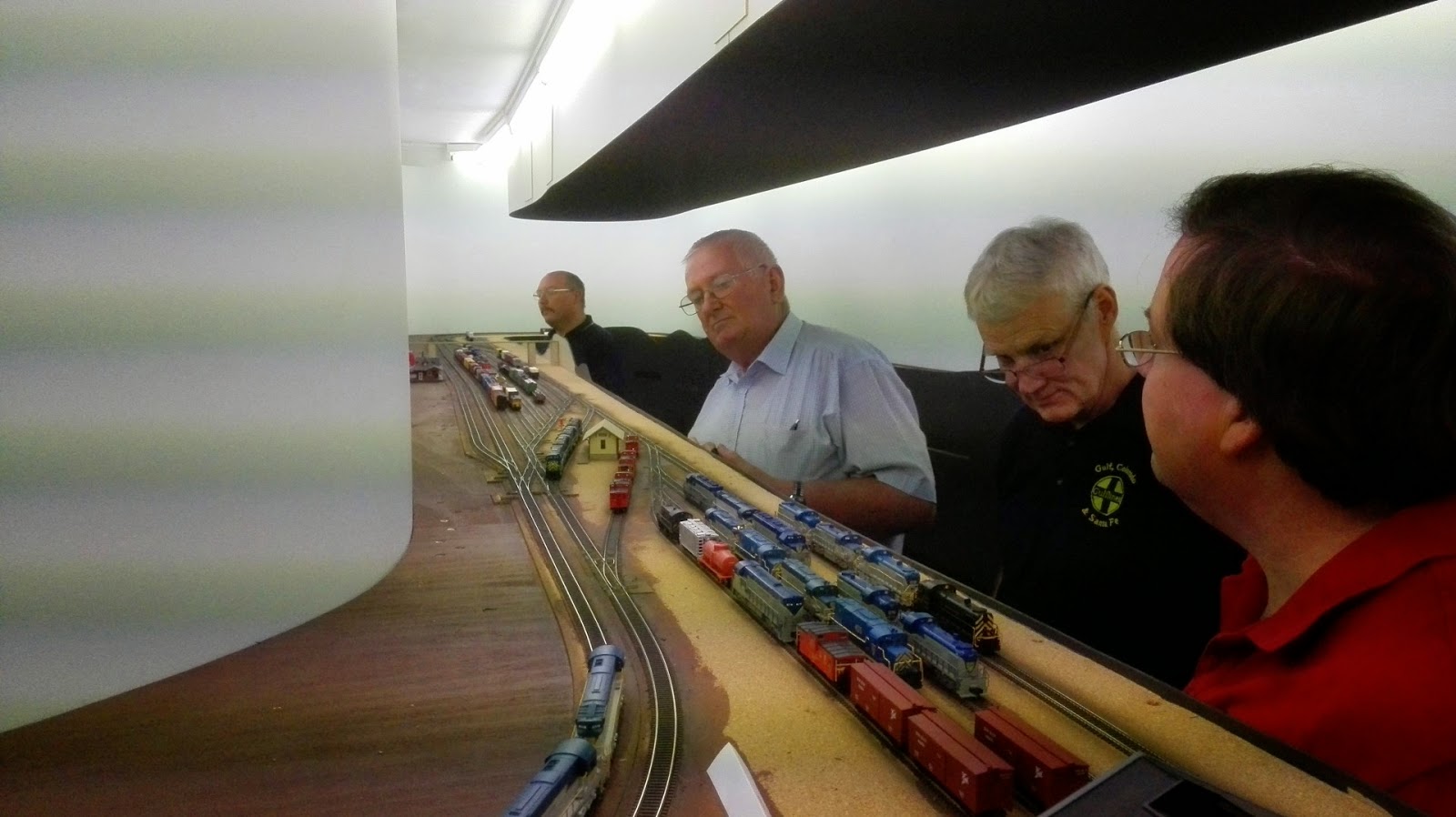 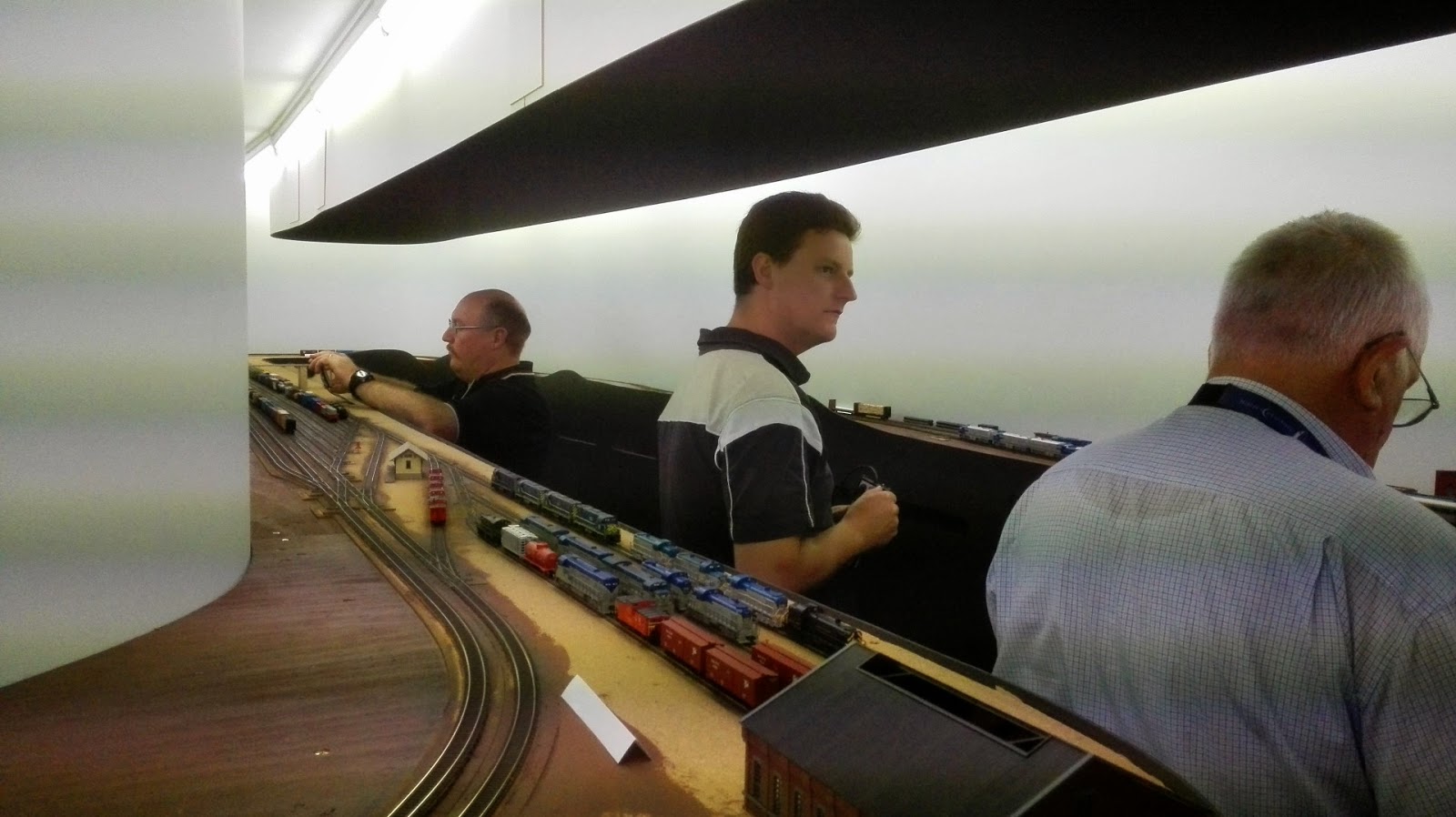 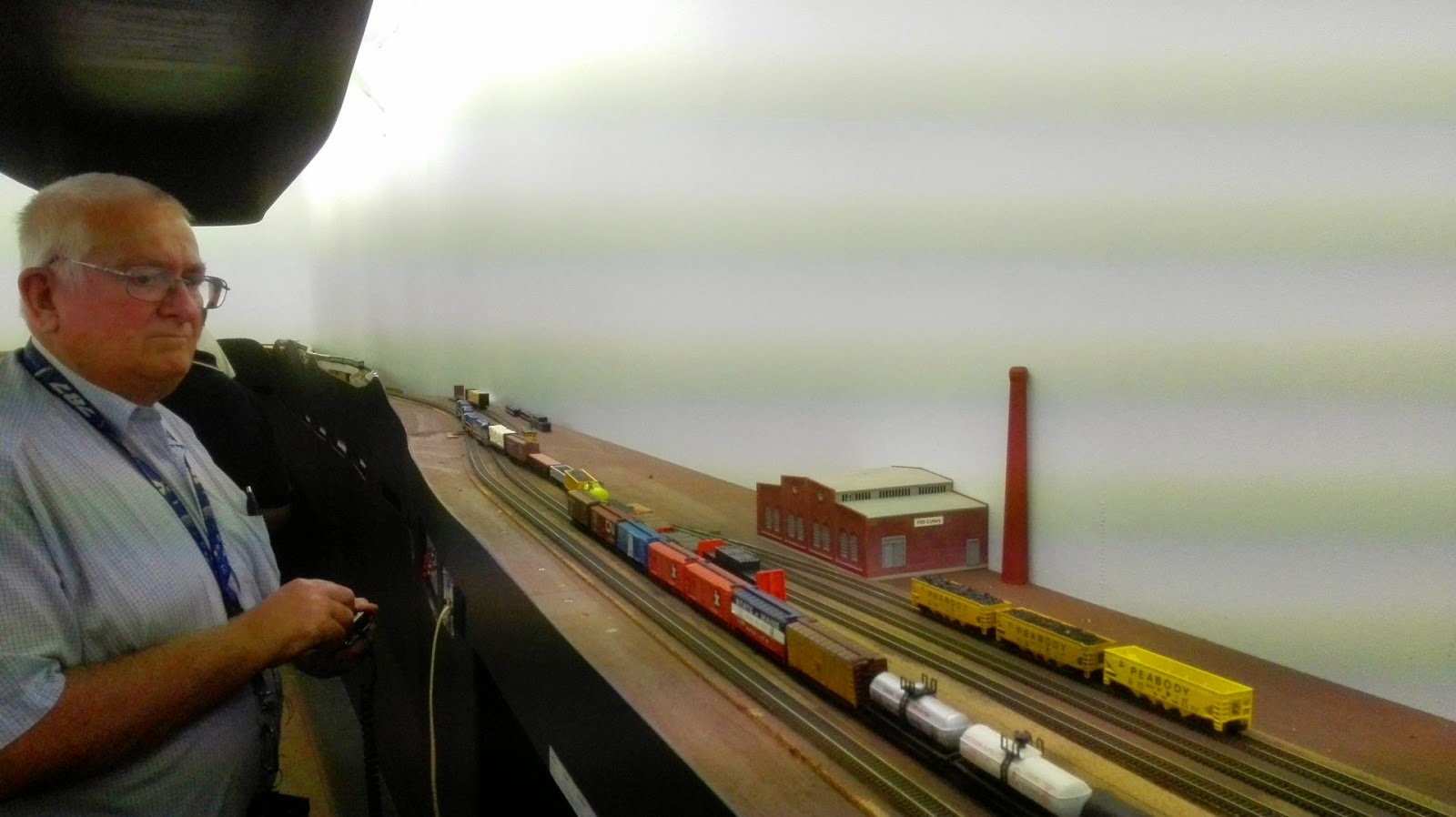 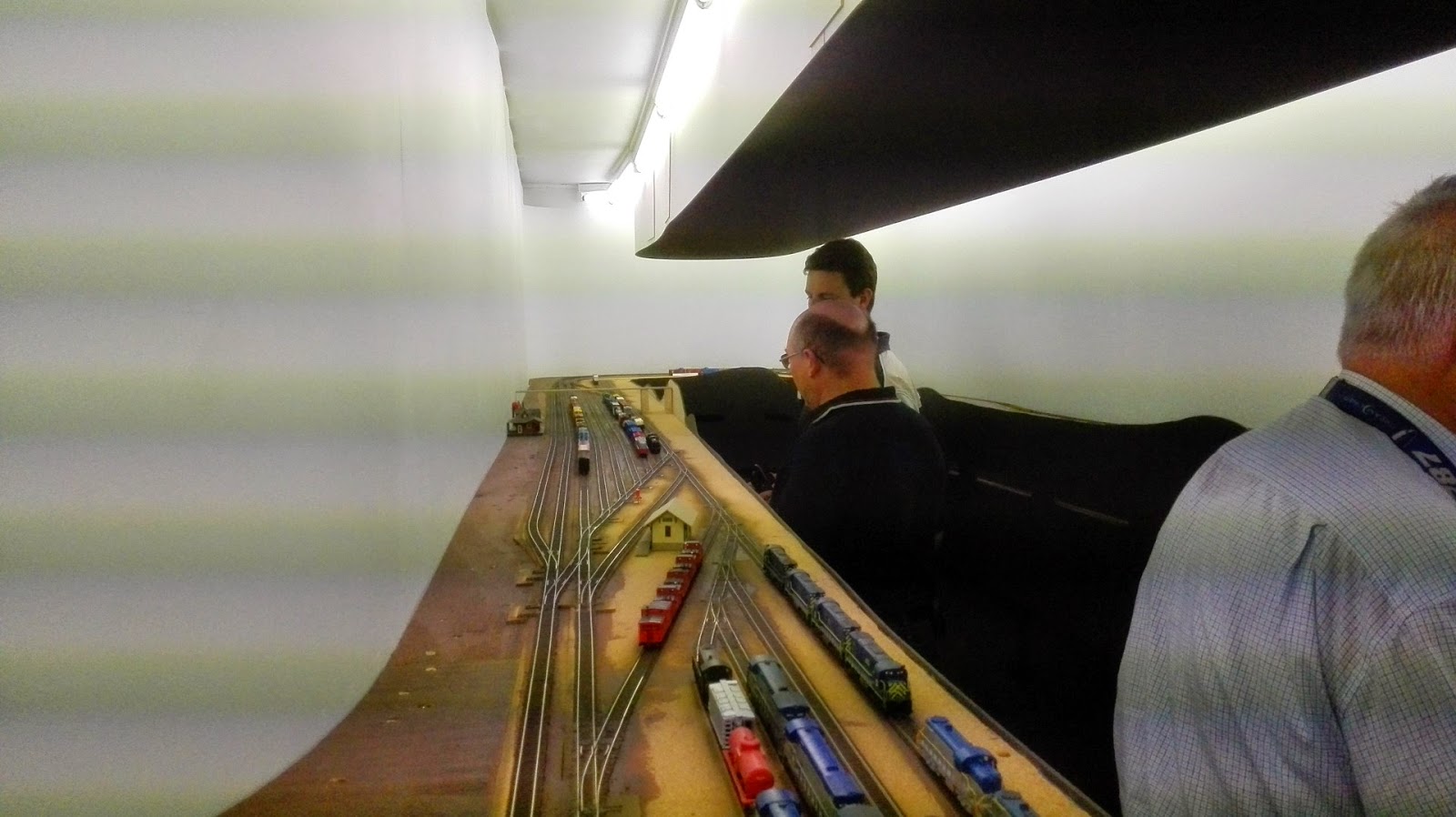 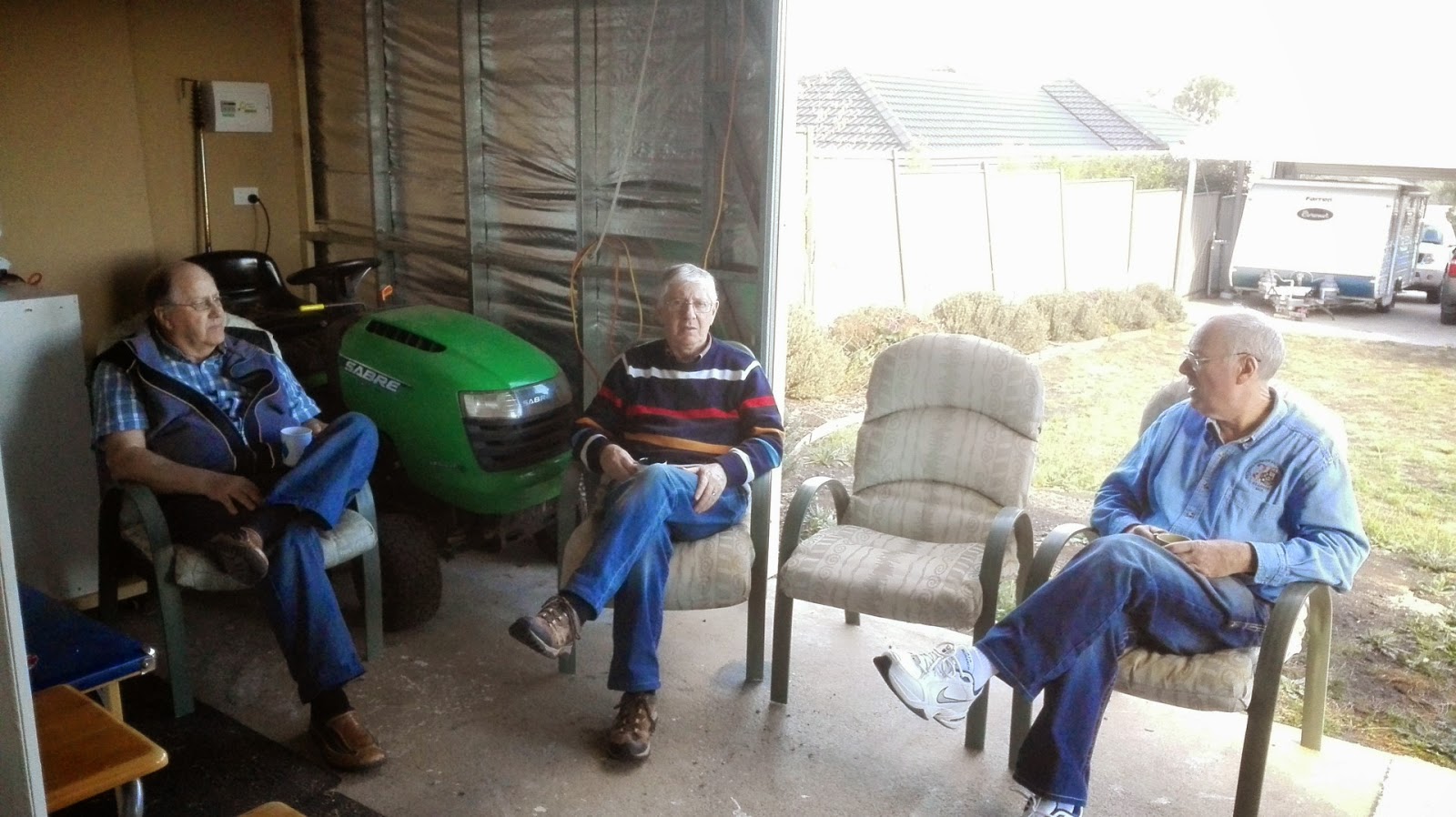 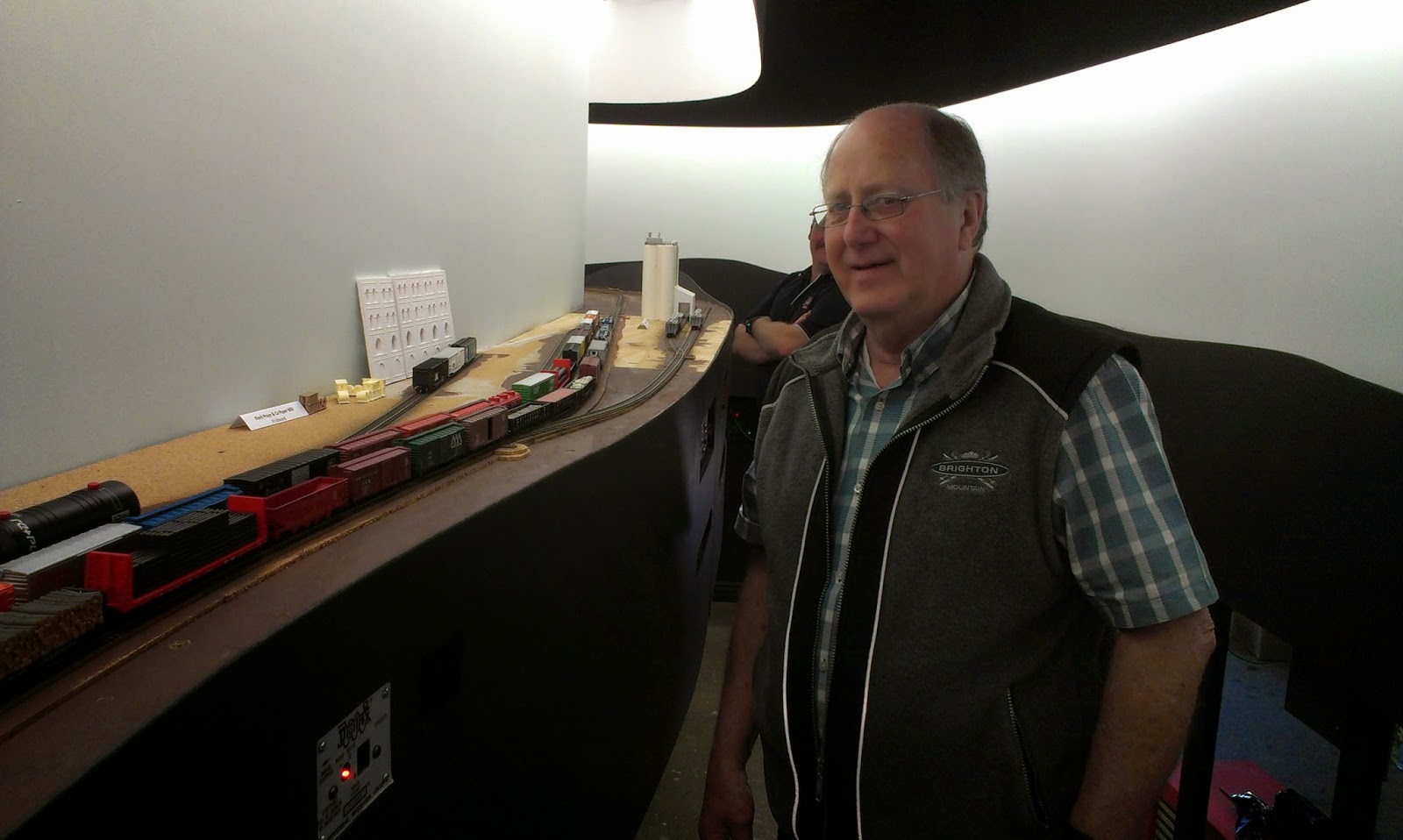 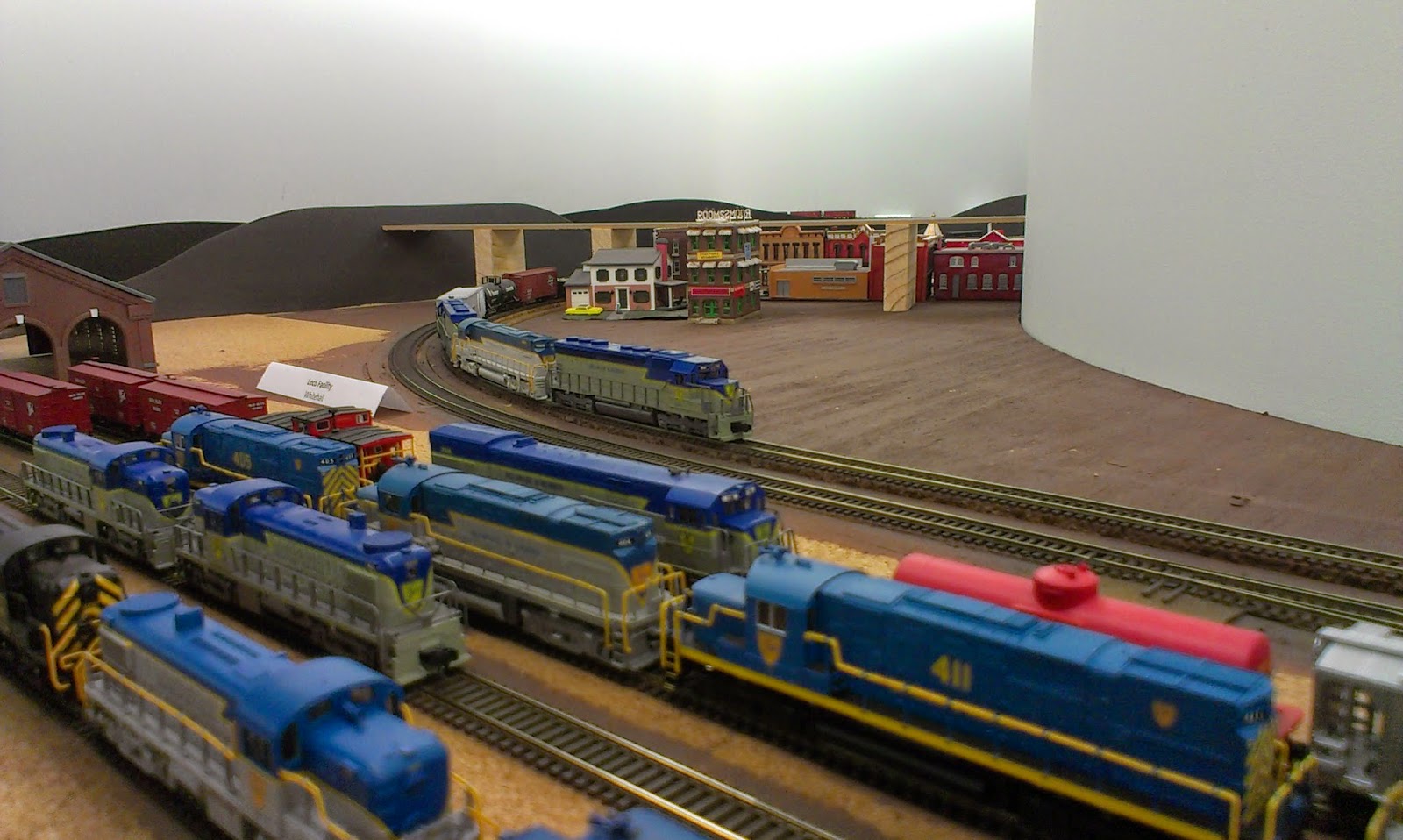 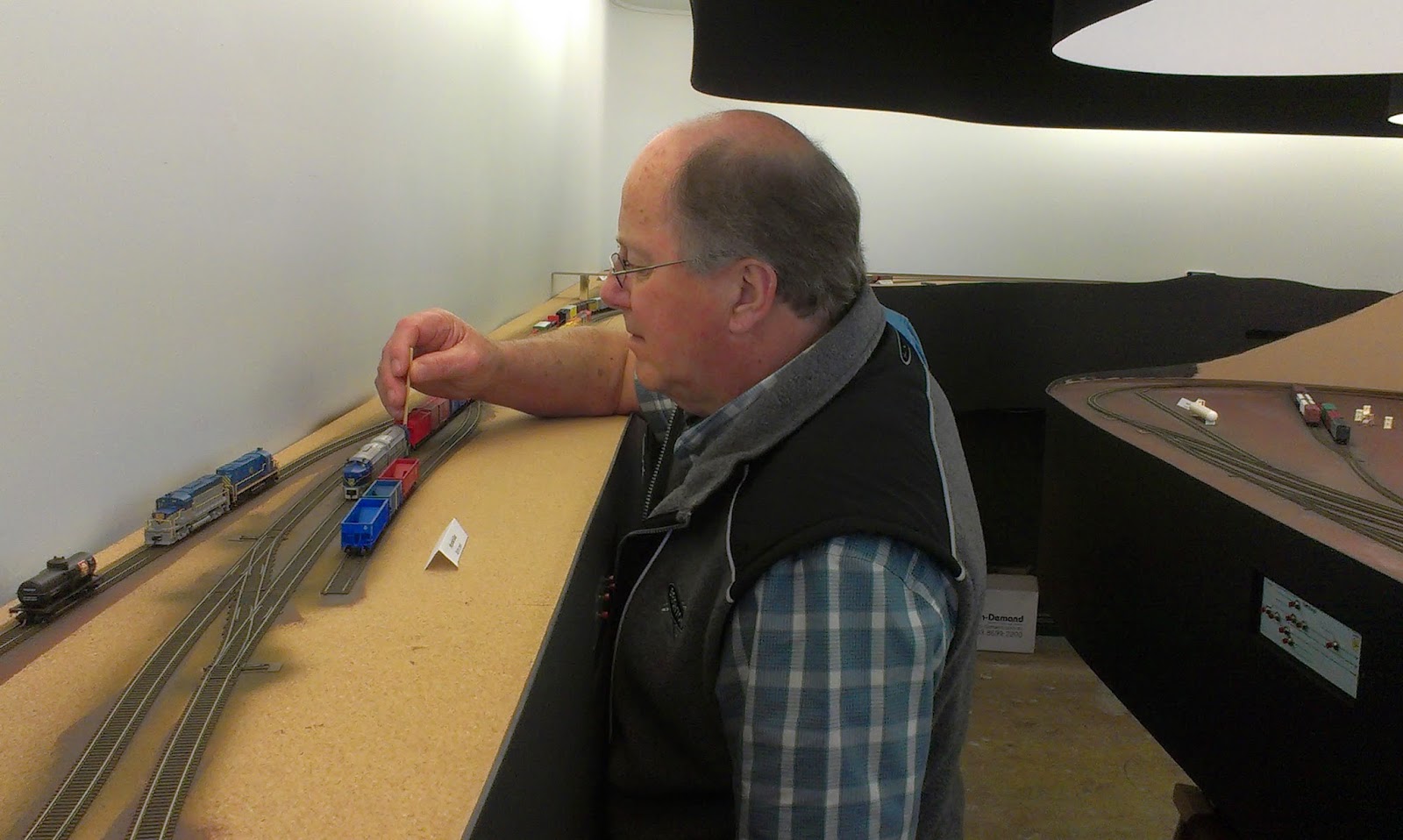 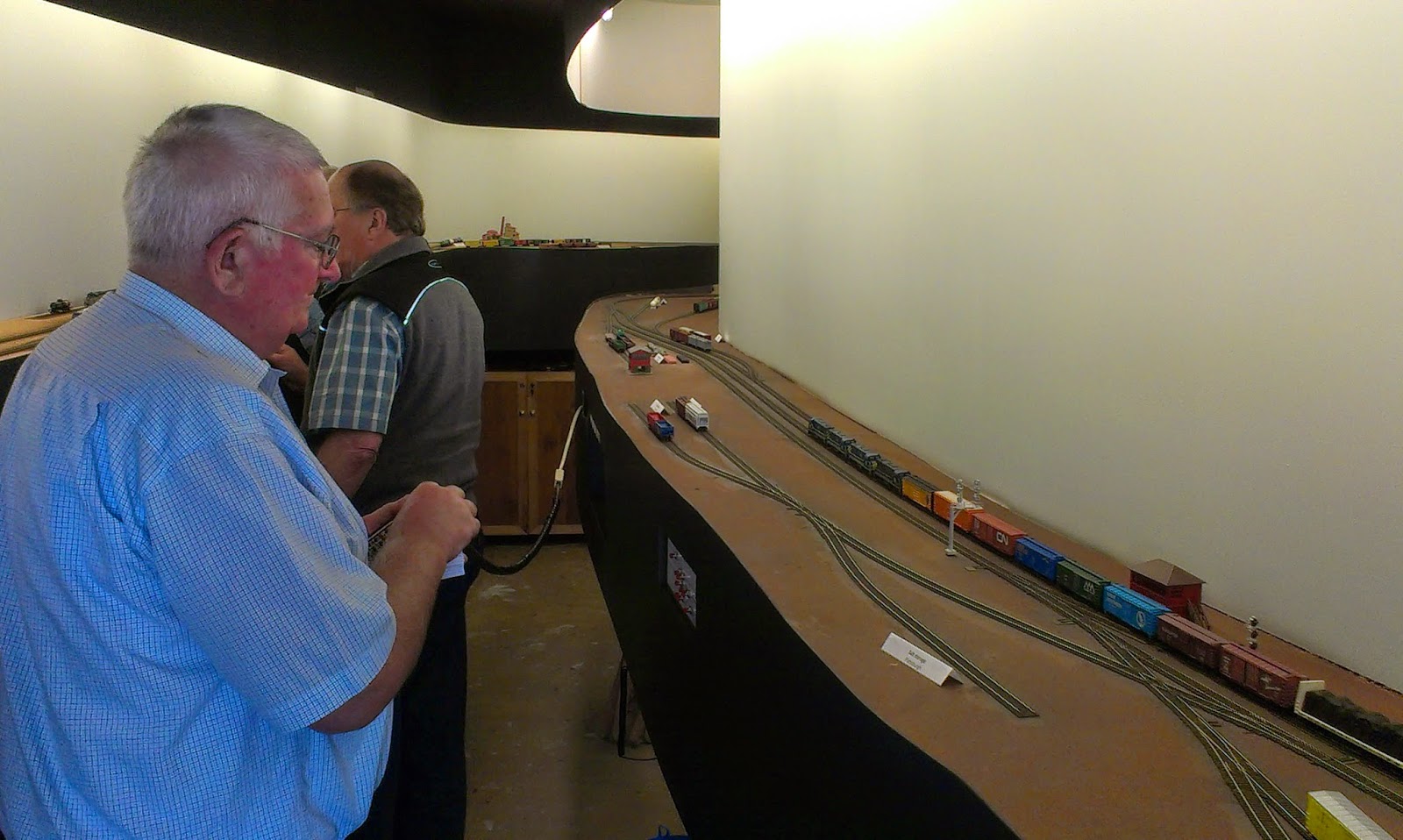 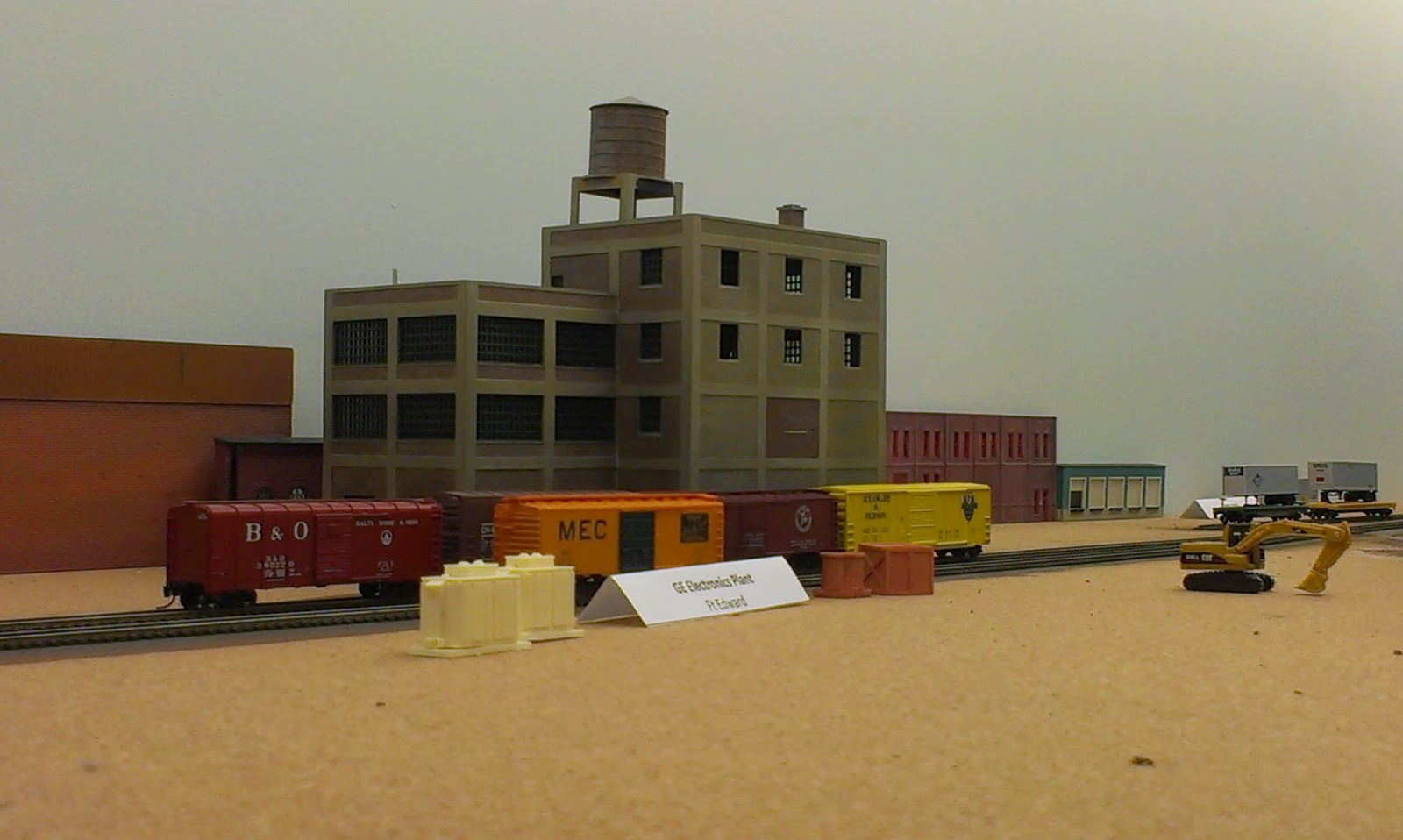 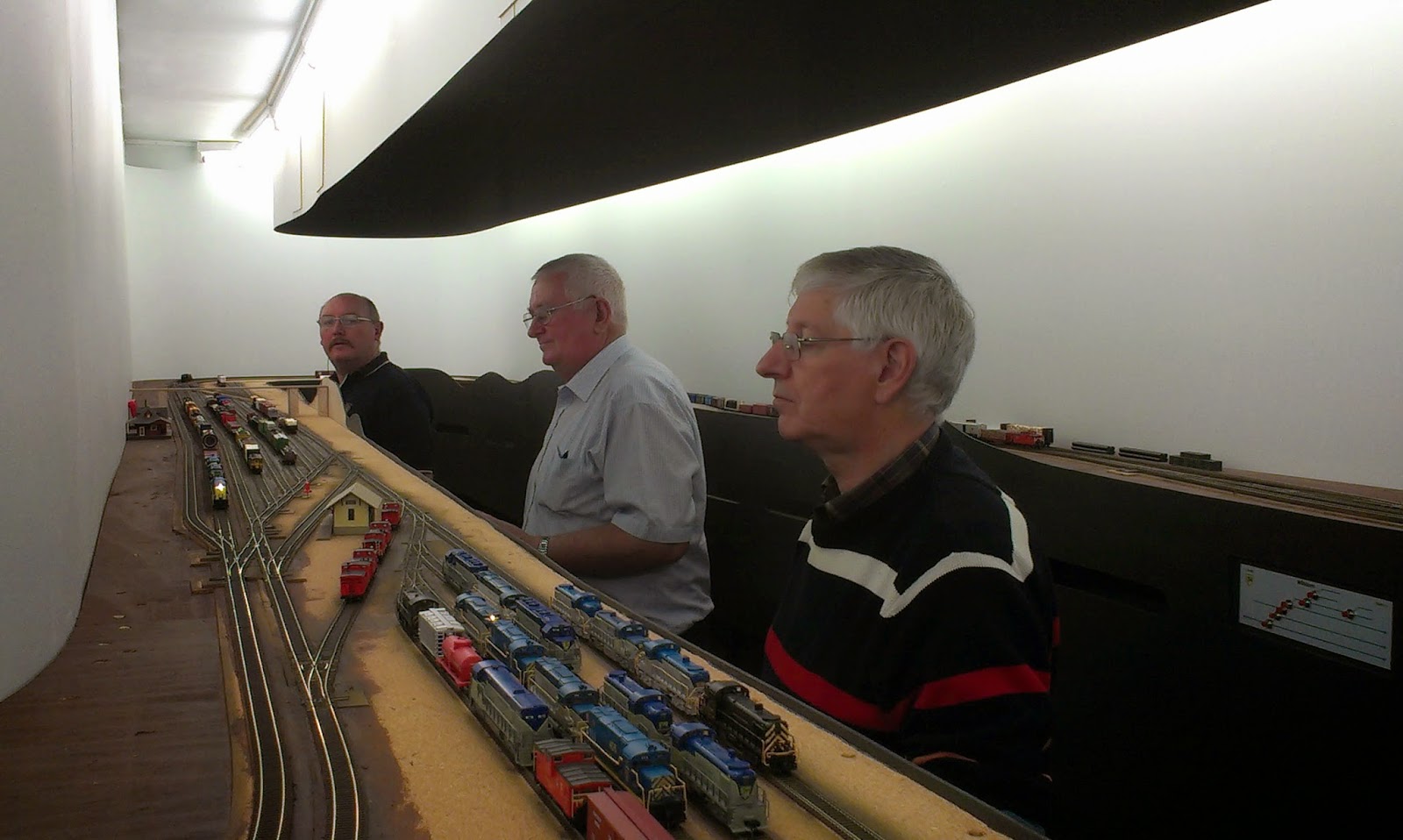 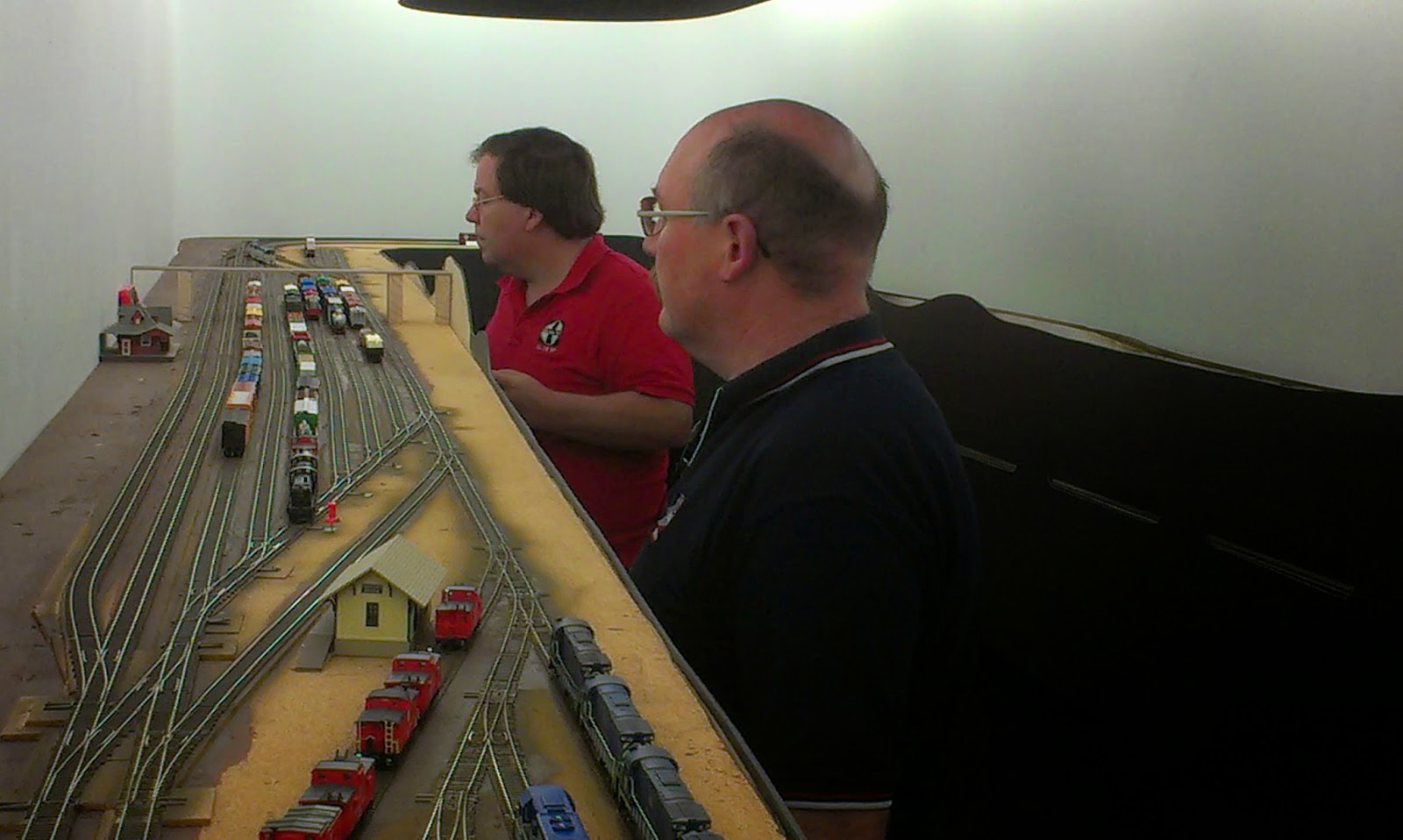 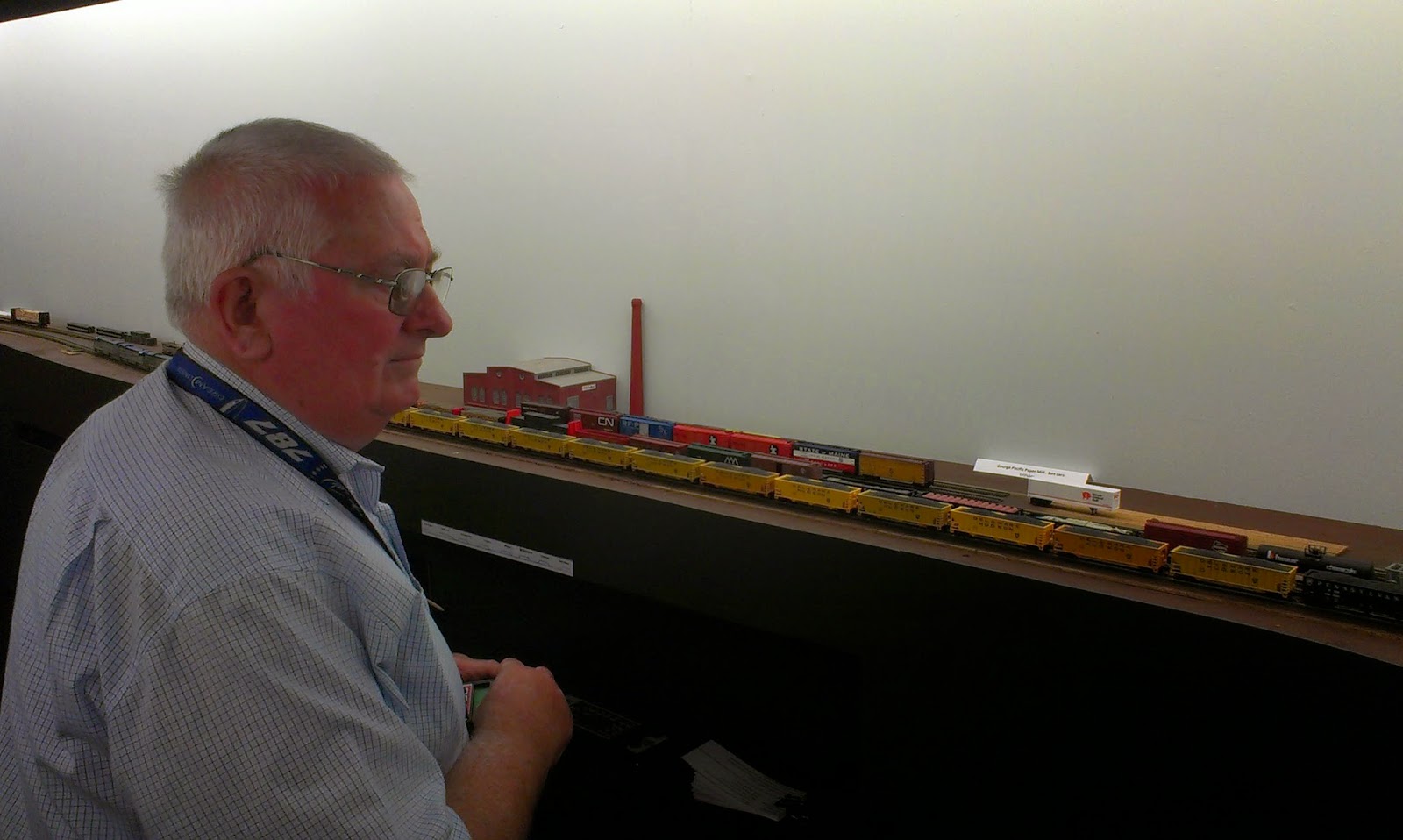 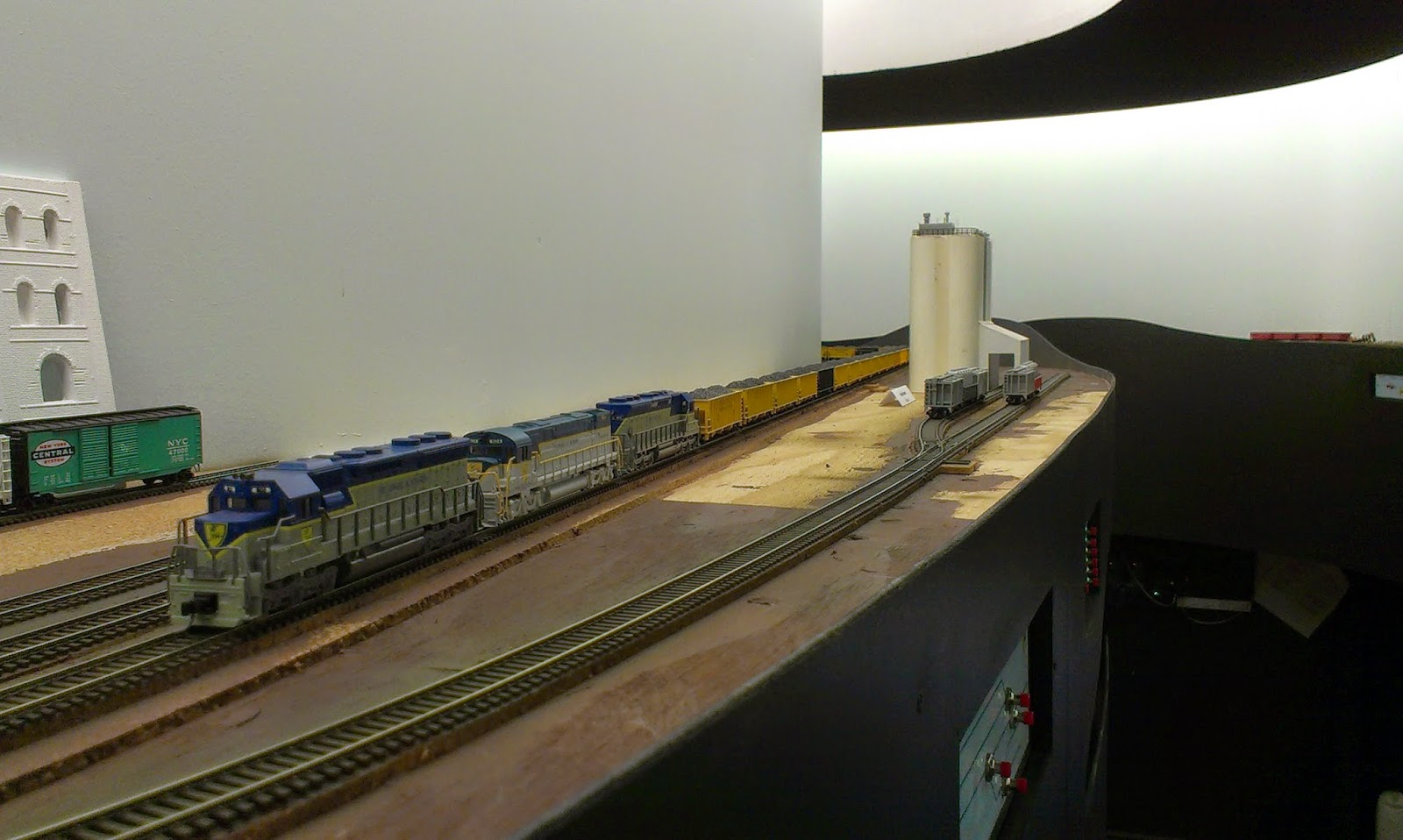 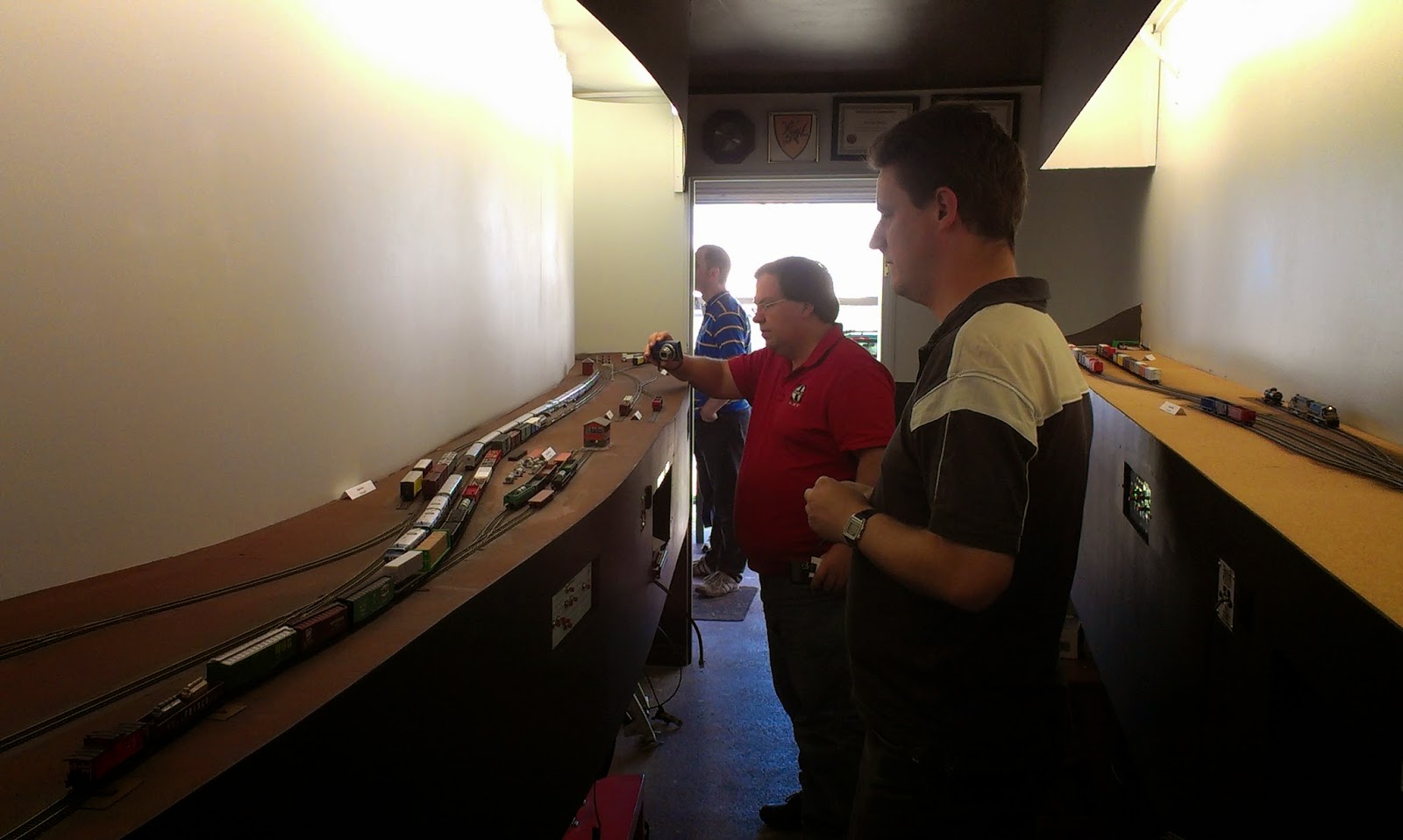 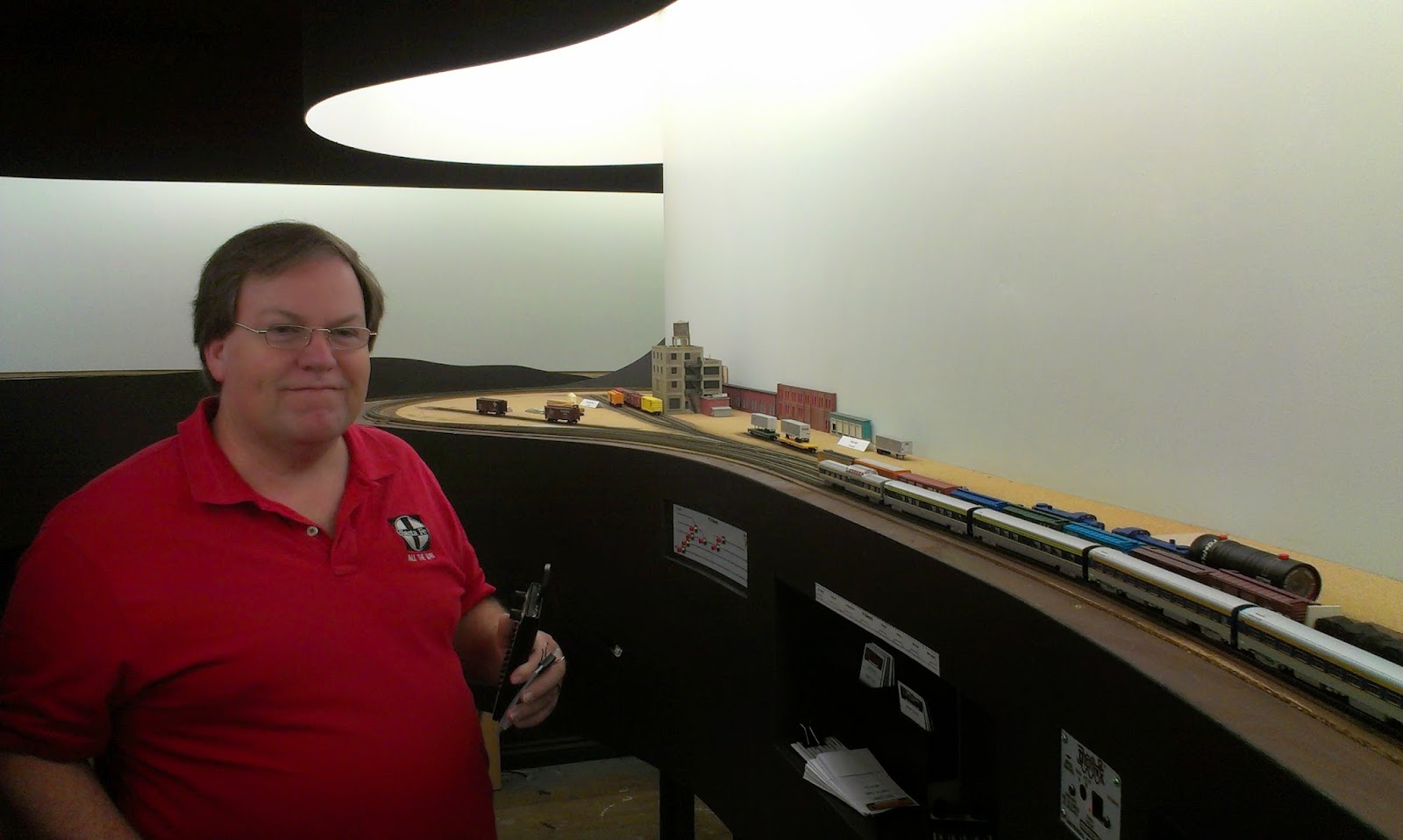 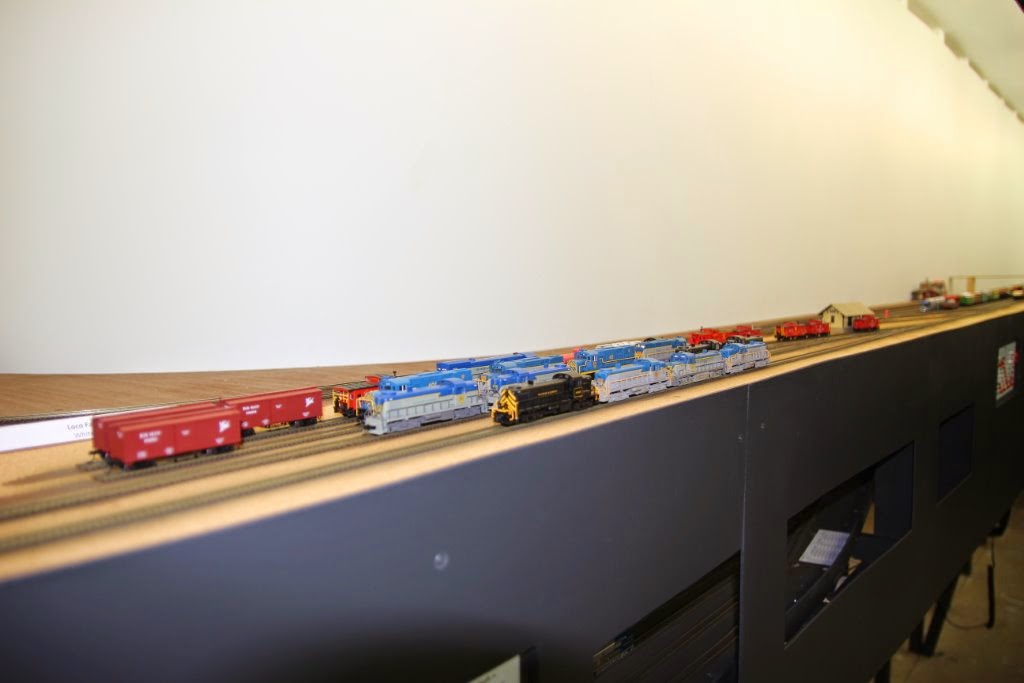 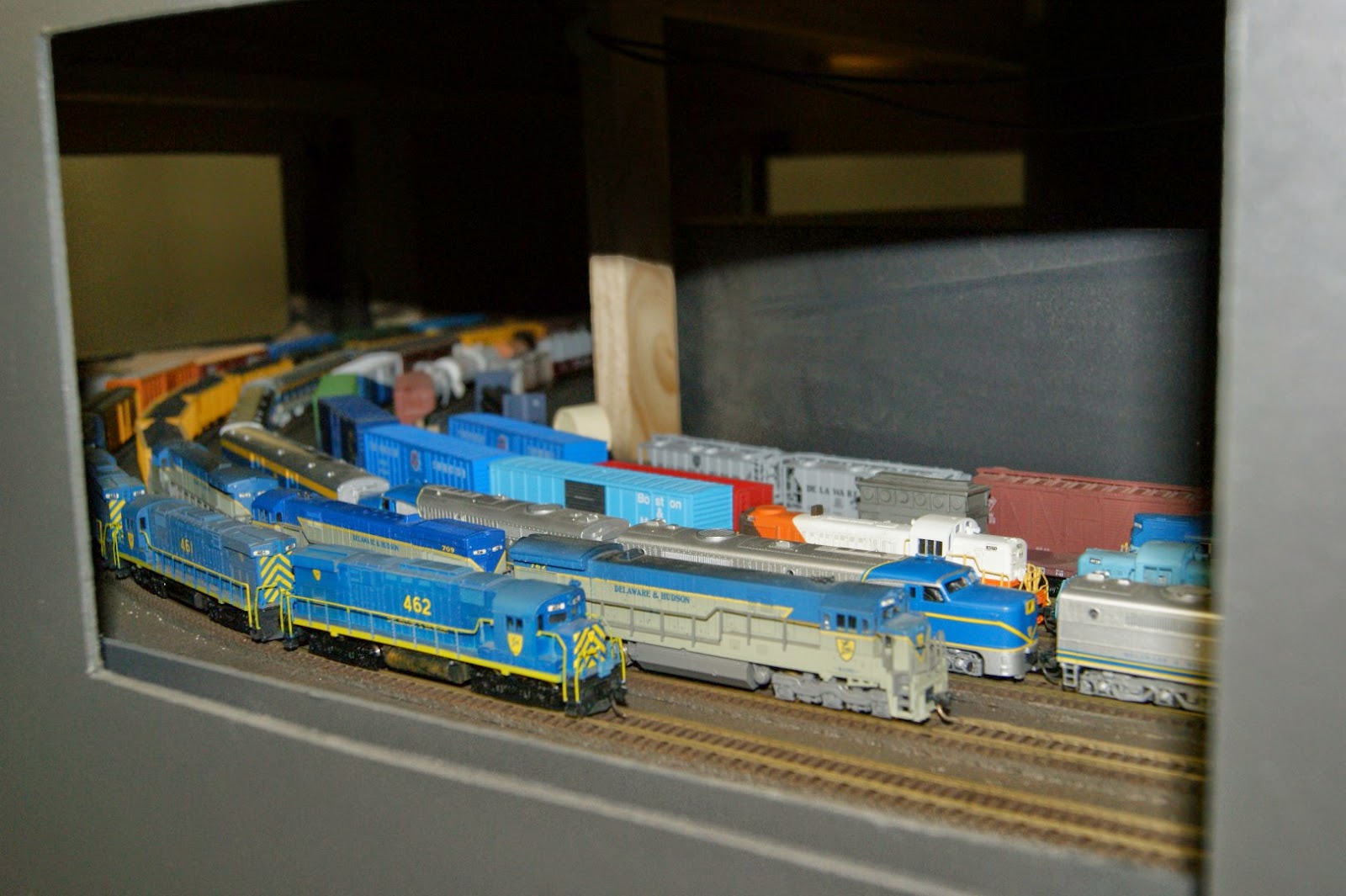 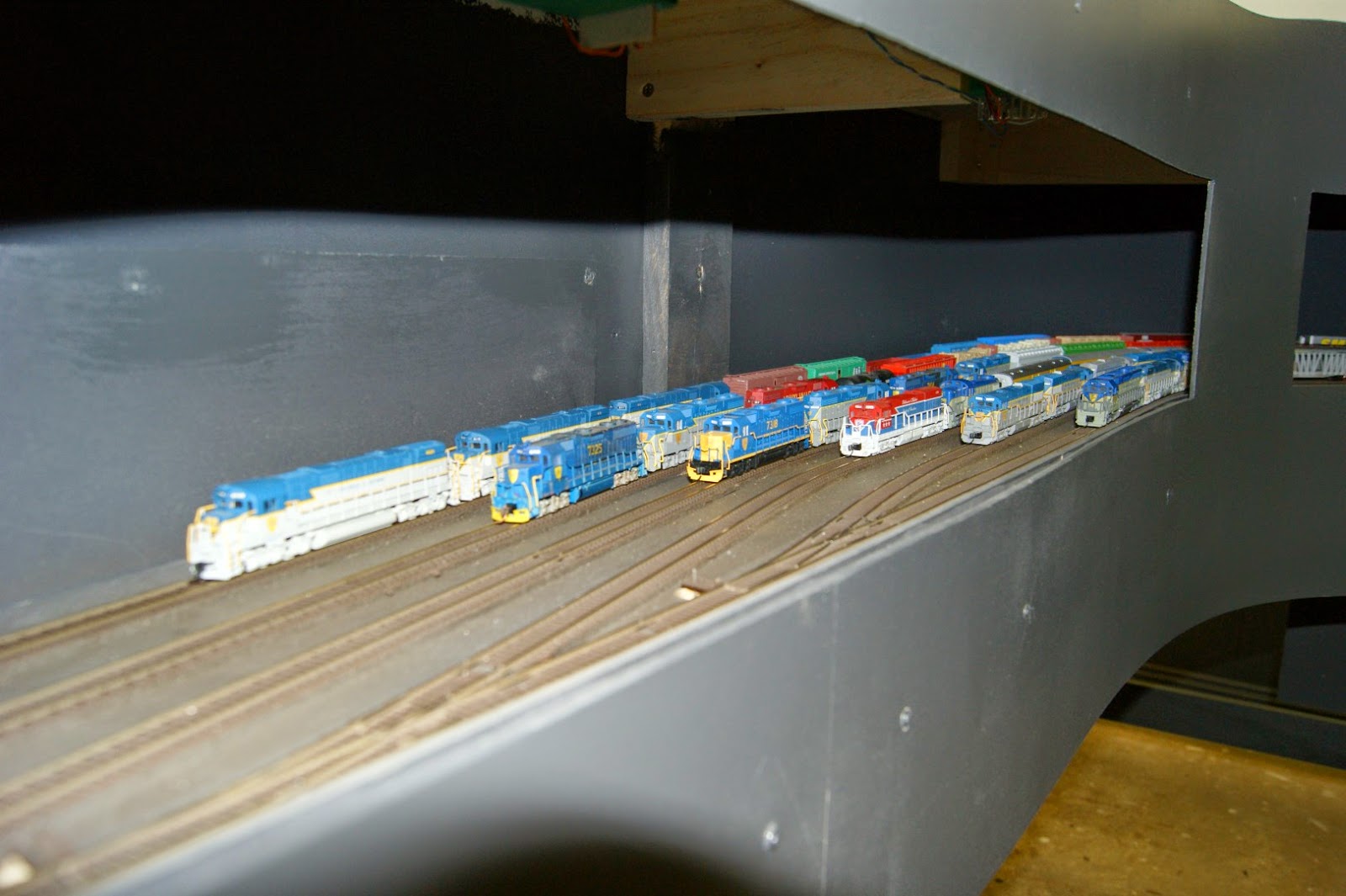 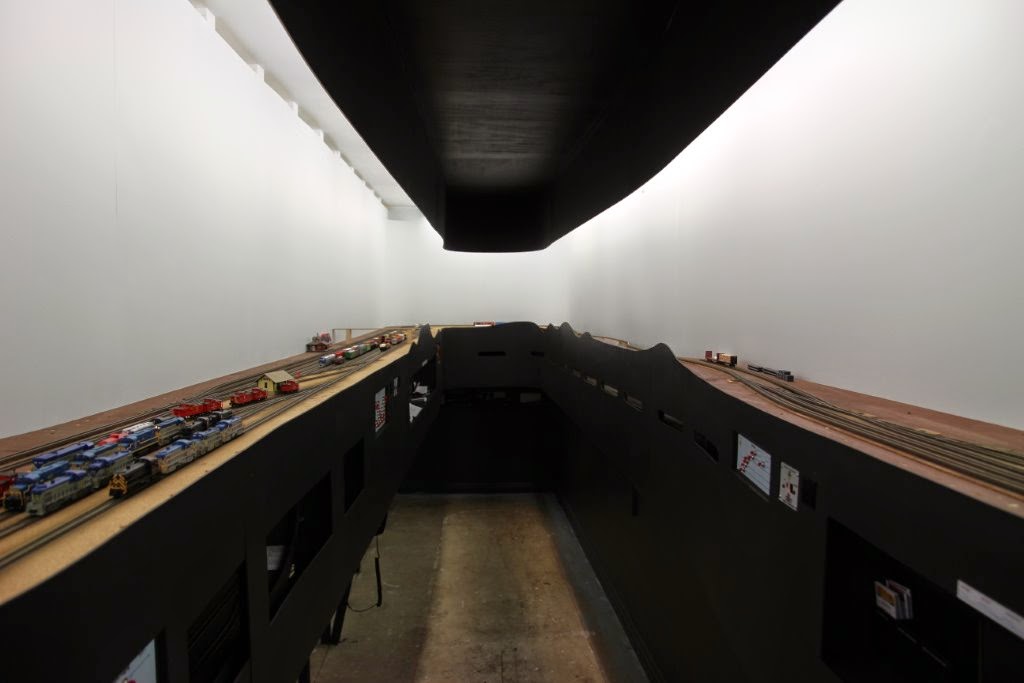 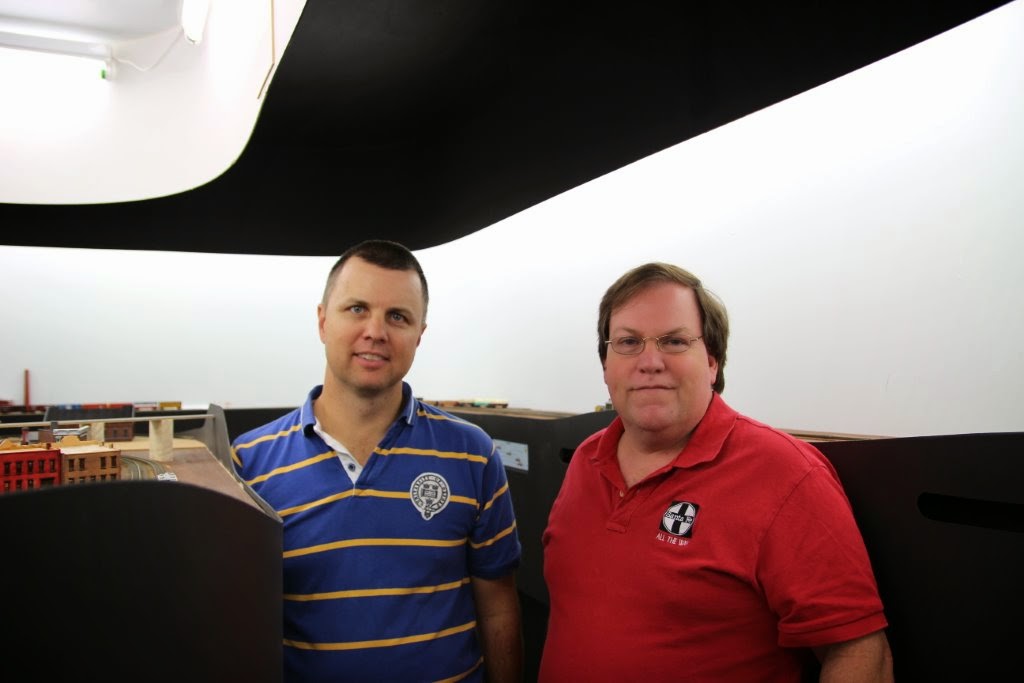 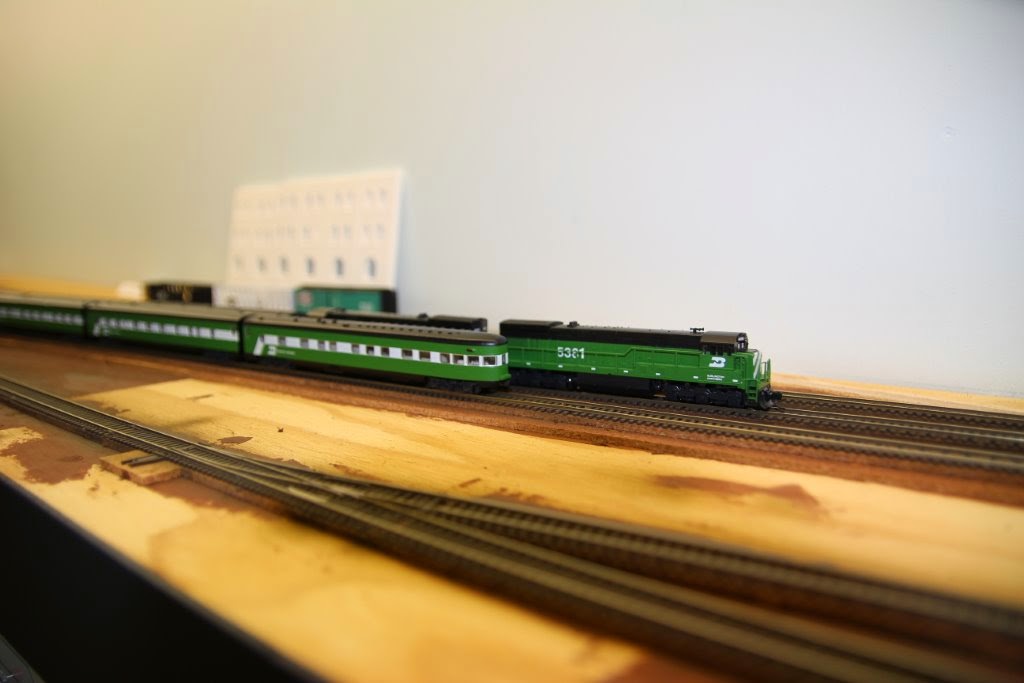 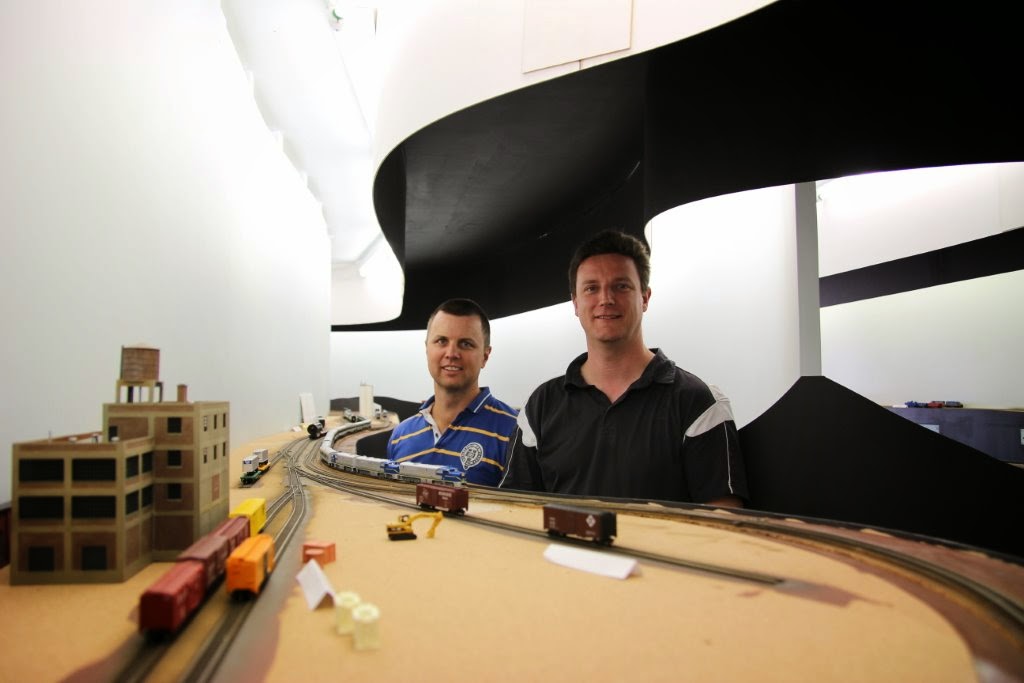 A great afternoon was had by all and the layout ran with out issue (apart from a run away bunch of cars back down the hill to South staging and ended in a roll over of a few cars at great speed. Fortunately, there was no damage.

As part of the afternoon there was breaking news. The news bulletin read as follows:


Following  the recent shock decision by the Delaware &Hudson (D&H) management to abandon their  entire right of way of the Champlain division, Burlington Northern (BN) approached the Surface Transportation Board (STB) with the view of acquiring the entire division. Following days of intense negotiation between D&H, BN, STB and various other stake holders we are pleased to announce that the STB has no objections to the acquisition. The BN management completed their due diligence whilst travelling over the Champlain  division in a BN observation car which was attached to the rear of the Laurentian on Saturday 18th April 2015, some keen observers may have noticed this unusual consist.
The BN will acquire the entire right of way and will work closely with D&H and their online customers to ensure continuity of service during the acquisition process. Current freight contracts will be honoured as is until their nominal expiry date. The D&H office located in Jackson’s Hill South will close in late June and all operations will then be transferred to the BN office located in Jackson’s Hill North. The STB has been given assurances that due to the local nature of the move job losses will be minimal and  given what would be the disastrous effect on the local businesses and economy.


The D&H management team would like thanks all past and present employees and contractors for their support and look forward to the next incarnation of the D&H in Jacksons Hill South.
Yep, you read it right.. The layout, as it stands will be lifted and shifted about 2KM away to my good friend Chris Elliot's new shed and be converted to a BN layout.. So all my hard work and toil is not in vein and I will then build a new layout, from scratch in the new house.. A great outcome for all due to the size restrictions of the new Railroad room..
I will take some more video in the coming few days and more pictures before the dis assembly begins.
Thanks for visiting and stay tuned.