The D&H fulfils a major milestone.

This past week has seen a major milestone fulfilled for the D&H.

The Layout was originally built to be portable and therefore taken to exhibitions.
While the layout is up and running, it is still plywood junction with no scenery etc.
However, it is up and running and filly operational in term of its JMRI Panel Pro CTC / ABS panel.

A few months ago I was asked if I would take the D&H to the up coming Australian N scale convention to be held in Melbourne this April 2013. Naturally I jumped at the chance.

As you have seen by earlier blogs, I had some work to do in order to get it ready such as building and installing the final 7 odd, D&H specific signal masts.

So last weekend, I packed up the old girl and stuffed it into the trailer (loaned from Vic) and set off for Preston and the convention.

The set up went extremely well and with the help of John Colliver, I was running trains within 2.5 hours of arriving. 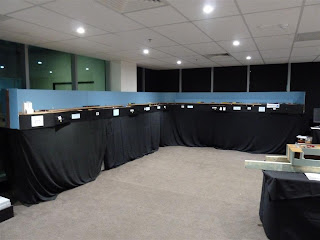 I was concerned how well a layout that is still a ply wood junction would be received by the 140+ delegates of the convention. I was reassured by the convention committee that the layout would be well received due to the work I had done on the signalling system and the JMRI Panel Pro Panel. 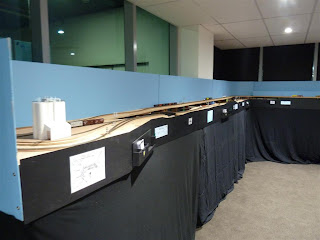 I extremely proud to report that it was very well received. I received many, many comments about the layout not only about the signalling but also how well it ran all weekend from many of the convention delegates. 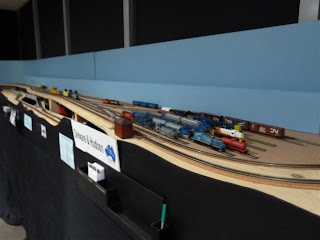 The layout ran flawlessly all weekend with only 1 or 2 derailments over the weekend. 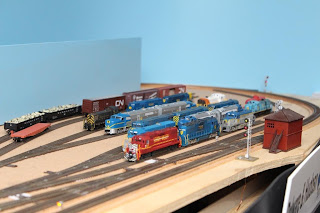 As part of the convention, we had a number of delegates from the USA including Jim Yonkins, John Benny and Craig Martyn (of BLMA fame). I was extremely proud to get fantastic feedback from the guys about the work I had done on the layout and my scratch built, scale size, D&H signals and signalling system. Thanks guys.. 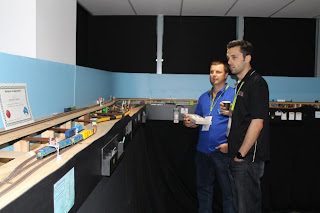 Before long it was time to pack up and return the D&H to her home in the shed.

At pack up time is was all hands to the layout and with help from Big John, Little John, John B, Greg and Ron the D&H was back in the trailer and heading home in no time.. (Thanks guys, most appreciated.!)

The convention in Melbourne was a huge success. I have made a number of new friends amongst the N scale community in Australia and look forward to following them along on their layout build journey's like myself.

Now to plan the demolition of this layout and is resurrection as D&H V3 in the new shed. I will use as many elements of this layout as I can when it comes to building the new one. All track, electronics, signals etc will be reused in the bigger, better D&H V3...

Email ThisBlogThis!Share to TwitterShare to FacebookShare to Pinterest
Labels: Convention